We are entering the second half of July, and given the volumes and volatility, I dare say that a sharper price movement should come by the end of the month. This is unsustainable, it doesn’t make sense for the course to pay for the whole summer vacation like this.

I know that I repeat myself, but that is the intention – I would like readers to realize that there is a relatively high prospect of a significant opportunity over the next two weeks. Even if nothing happens, have a plan in place for what to do when the $ 30,000 breakthrough occurs. Of course, have a plan for the opposite scenario. 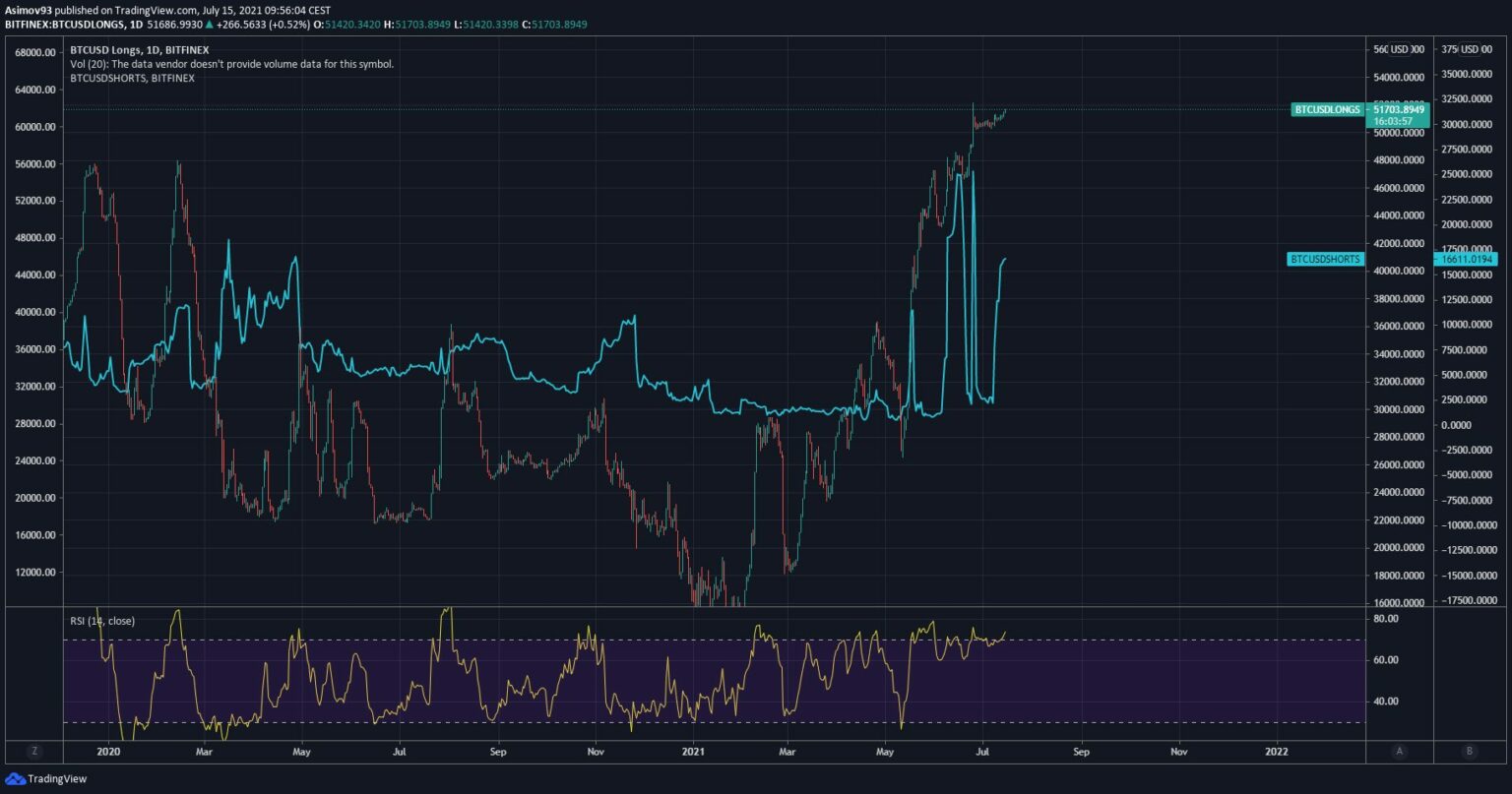 As for long and short positions, right from the beginning of the summer holidays, long positions began to stagnate, which basically lasts until now. On Bitfinex, BTC is on the margin almost does not buy. That is in the order of hundreds, but of course it does not move with prices more visibly. In short, the cucumber season, and I would venture to say that the situation is similar on other stock exchanges in this regard.

Otherwise, of course, the longs are on Bitfinex at all time high. Traders hold 51,600 BTCs in long positions. He must be under terrible psychological pressure, because the market has not moved anywhere for weeks and is still balancing over the abyss. Respectively, we have been standing on key support for too long.

Short positions are growing rapidly, for the third time in a row. Last time, shorts in the amount of about 23 thousand BTC were opened, but within a moment the positions were closed, but the price did not work. Described convinced me that it is probably claim and I honestly admit that I don’t understand these steps from the big players. However, if you have a theory as to why they are doing this, feel free to write in a comment or chat in tonight’s stream.

BTC stays within the support band. Whenever the price reached the range of 30,000 – 34,000 USD, buyers aggressively bought with a slight vision of profit. They just believed that the level would definitely last.