In recent days, the entire crypto-community has focused on launching the BTC Futures ETF in the United States. And yesterday, October 19, ProShares’ BTC Futures ETF actually hit Wall Street with a record $ 1 billion in first 24 hours.

The price of BTC responded to these events by rising sharply above $ 60,000 after the first reports and rising further to $ 63,000 over the weekend. At first, it failed to break that line, but she broke through it yesterday, when the ETF was launched. BTC continued to grow to over $ 66,000.

Most of the more capitalized altcoins stood in the background, just watching what the cryptocurrency king was doing. ETH increased slightly during the day, rising above $ 3,850.

BTC is harder to mine after the latest modification

On Tuesday, BTC miners saw another adjustment to the mining difficulty, which increased by 0.95%, according to BTC.com. The level of mining difficulty is now 20.08 trillion at block height 705,600, reflecting the most difficult level since the previous May 30 adjustment, as the data show. The latest adjustment follows six increases after four consecutive declines since May.

Such mining difficulty adjustments are highly correlated with changes in the mining hashrate, which indicates the level of computational power required for mining. The more difficult it is to mine bitcoin, the less profitable it is for miners. As the hashrate increases, the difficulty of mining usually follows. This means that the expected increase in mining difficulty could be largely due to the recovery of the hashrate.

A group of US lawmakers has called on Facebook to halt its Novi Cryptocurrency and Digital Wallet project a few hours after Tuesday’s launch of its pilot operation in the wake of the ongoing crisis of confidence in society.

Senators said Facebook had failed to explain how the Facebook-backed Diem crypto project would prevent “illegal financial flows and other crimes” and how it would preserve user privacy in addition to financial stability.

The country’s four major exchanges, Upbit, Bithumb, Korbit and Coinone, are the only ones allowed to operate at full capacity, including Korean cryptocurrency trading services, by meeting all regulatory requirements. Twenty-five other domestic exchanges met one requirement to obtain an information security certificate, but not the other requirement to secure a bank agreement to provide real-name accounts to users. As a result, they were only allowed to continue to operate as token-to-token services.

Both groups of exchanges hope to expand their business lines as they become less dependent on crypto transaction fees as the virtual asset industry grows. Their new businesses include NFT, DeFi, metaverse and more.

According to a recent report by the Financial Times, which refers to those familiar with the matter, China is reportedly pushing McDonald’s to adopt its central bank’s digital currency.

The fast food giant has already started testing the digital renminbi in Shanghai. However, the Chinese government wants McDonald’s to allow CBDC to pay at all its establishments across the country ahead of the Beijing Winter Olympics, which will begin in early February.

According to the report, some other major American companies, such as Nike and Visa, are also facing pressure. The involvement of these brands would help China support the adoption of the controversial digital currency, which is facing a lot of criticism due to privacy concerns.

The Securities and Exchange Commission should be “abolished” with the approval of the BTC ETF, says Peter Schiff

The SEC’s approval of a #BTC futures ETF is another reason to abolish the #SEC. I have no objection to the ETF. My beef is that BTC pumpers will now use the approval to sucker in more buyers based on the government’s supposed endorsement of BTC by approving the ETF.

On October 15, the Securities and Exchange Commission (SEC) approved the long-awaited BTC ETF, which invests in futures contracts. The Proshares BTC Strategy, an exchange-traded fund, was launched on the New York Stock Exchange on October 19, becoming the first ever BTC ETF in the United States.

On that first day, the owners changed shares worth almost $ 1 billion. The stock price fluctuated between $ 40 and $ 42.15. ETFs traded under the BITO ticker allow investors to purchase assets that track the price of BTC without, however, directly owning the underlying asset themselves.

The Australian Senate Committee is proposing a revision of crypto taxes, DAOs and exchange licenses

The Senate Committee on Australia as a Technology and Financial Center (ATFC) has just submitted its third and final report to Parliament, which contains 12 far-reaching recommendations for regulating the digital assets and fintech industries.

In general report notes that greater regulatory clarity and certainty is needed, while avoiding stifling innovation from burdensome requirements. 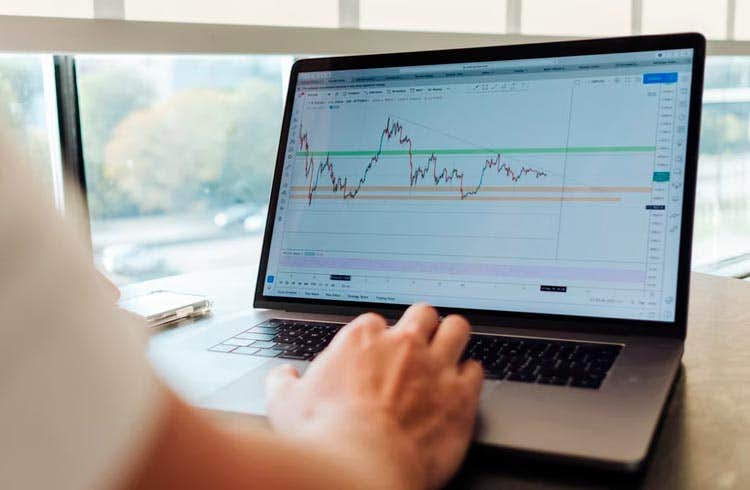