Coin Metrics published in its “State of the Network #133” report an estimate of how many BTC wallets are used daily.

According to company estimates, there is a daily average of 500,000 active portfolios. The survey, whose measurements took place last week, took into account the current number of 1 million active BTC addresses.

As highlighted study, the number of active addresses and nonzero BTC balance addresses were, in the early days of cryptocurrencies, the best metric for estimating network usage.

According to the report, it quickly became clear that this approach had many drawbacks. After all, it ended up overestimating the activity of large services, such as exchanges or gambling services.

These entities manage millions of addresses, but they don’t match one-to-one with users or wallets.

Thus, the addresses that belong to the same entity, called “portfolio”, were grouped.

There are several methods for grouping addresses into groups associated with a wallet. The most efficient, according to the survey, is the so-called “shared input heuristic”, mentioned in the BTC White Paper.

As noted by the company, active BTC addresses tend to overestimate unique users. This is because users often tend to control multiple addresses. 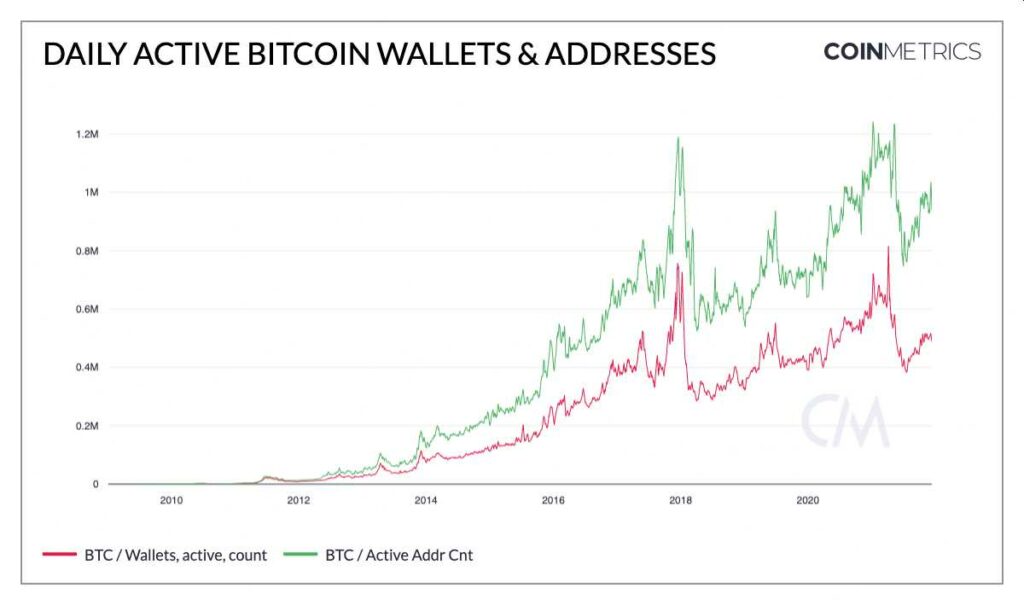 As you can see, the number of active addresses is generally higher than daily active wallets, by a factor of 2, the study says.

The researchers argue that wallet metrics provide a better indicator of BTC users. However, they caution that portfolios should not be interpreted as unique individuals.

“There are groups of addresses that may be under the control of entities, such as exchanges, which facilitate the activity of many users on a daily basis”, concludes the analysis.