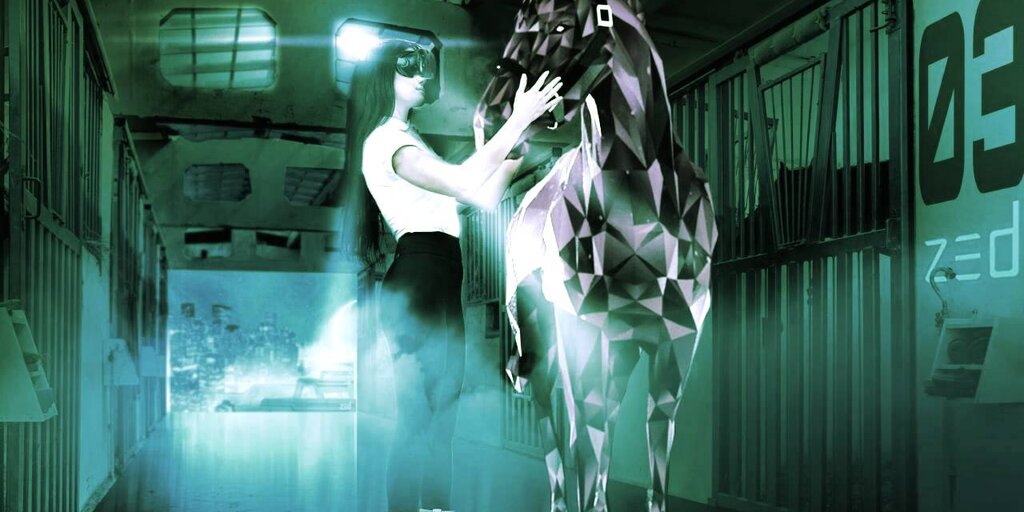 Dear friends, it's official! Announcing our $20M+ USD Series A round, led by TCG, a16z and Red Beard, to accelerate our leading platform development in the NFT space.

Here’s to building the future of virtual entertainment!

Zed Run is a blockchain horse racing game set in a Tron-like surreal, neon-filled virtual universe. It allows players to buy and breed racing horses and pit them against others on various racing tracks. Notably, each horse is represented by an NFT—a provably unique crypto token that serves as a digital certificate of authenticity and ownership.

According to VHS, Zed Run players have bought over $30 million worth of virtual racehorses to date.

Now, the studio plans to use its newly acquired funds to expand the game and allow players to master professions such as a stable or race track owner, breeder, accessory designer, and more.

“We are also working to partner closely with brands to produce immersive sponsorship experiences, such as our recent collaborations with The Preakness, Stella Artois and Atari,” said Virtually Human Studio CEO Chris Laurent in the announcement.

The latest capital infusion would also allow VHS to beef up its product and engineering teams, business operations, and “provide legacy brands with an organic introduction to crypto consumers.”

Notably, some of the most valuable Zed Run steeds are currently being sold for up to 30 ETH—or around $57,000 at current prices—on NFT marketplace OpenSea.

“VHS has been at the forefront of this trend thanks to the team’s sharp instincts about what consumers crave from digital entertainment and has built solid foundations for a community-led market,” added Arianna Simpson, general partner at a16z, Andreessen Horowitz’s crypto-focused arm.

Interestingly, Zed Run was conceived back in 2017 when Laurent spotted an advertisement for a local stud farm that offered a stallion for breeding.