The year 2021 brought many changes to the cryptocurrency market and, in addition to BTC setting a new price record, other cryptocurrencies such as ETH stood out in the market.

However, in addition to BTC and ETH, the two main cryptocurrencies on the market, altcoins such as Avalanche (AVAX) also made history. However, the rally that the token registered may be nearing its end.

“Although the bulls try to avoid that fate, AVAX will likely collapse soon,” he said.

The analyst pointed out that the AVAX price set two swinging highs at $127.69 on Nov. 30 and Dec. 22, leading to a double-top reversal pattern.

He noted that an uptrend reversal usually follows this configuration. As Girimath highlighted, the bearish outlook will push Avalanche to immediate support level at $101.49.

If it does, this fix will represent a 17% reduction, but that is not where AVAX will stop.

The analyst pointed out that a breach of that barrier and an increase in selling pressure will bring altcoin down to the 62% and 70.5% retracement levels at $95.23 and $90.79, respectively.

“Also, if things get worse, the AVAX price will continue to cut critical levels and hit the $75.40 range. A drop below this barrier will allow market makers to collect sell-stop liquidity,” he analyzed. 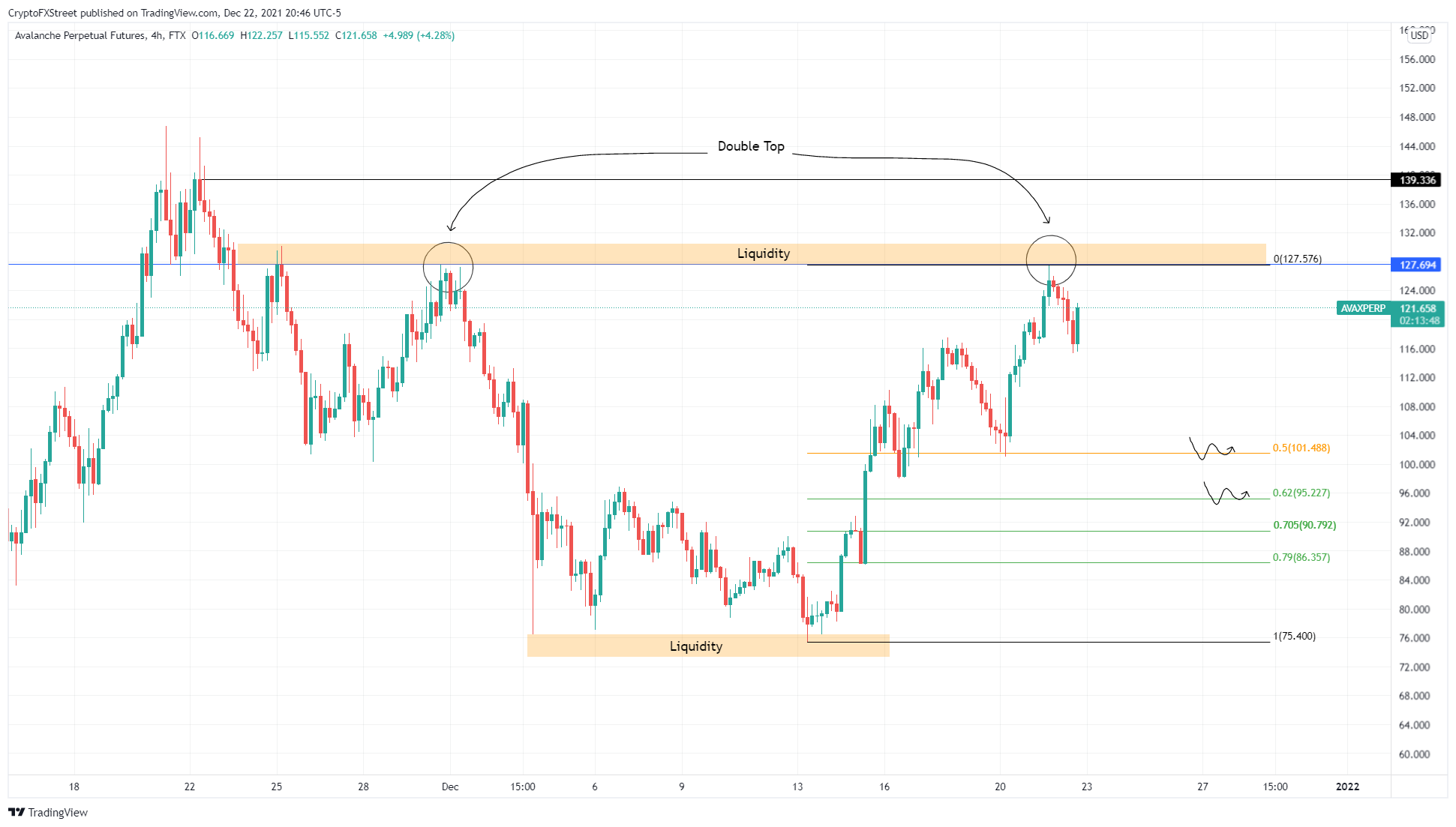 However, he pointed out that the bearish outlook could be delayed if the AVAX price decides to go to buy-stop liquidity:

“While this liquidity rush is plausible, a daily close above it will indicate consistent high buying pressure, invalidating the bearish thesis. In this situation, the price of AVAX could rise by 9% to retest the US$ 139.34 barrier”, he concluded.

MetaMask will launch extension that allows to save NFT