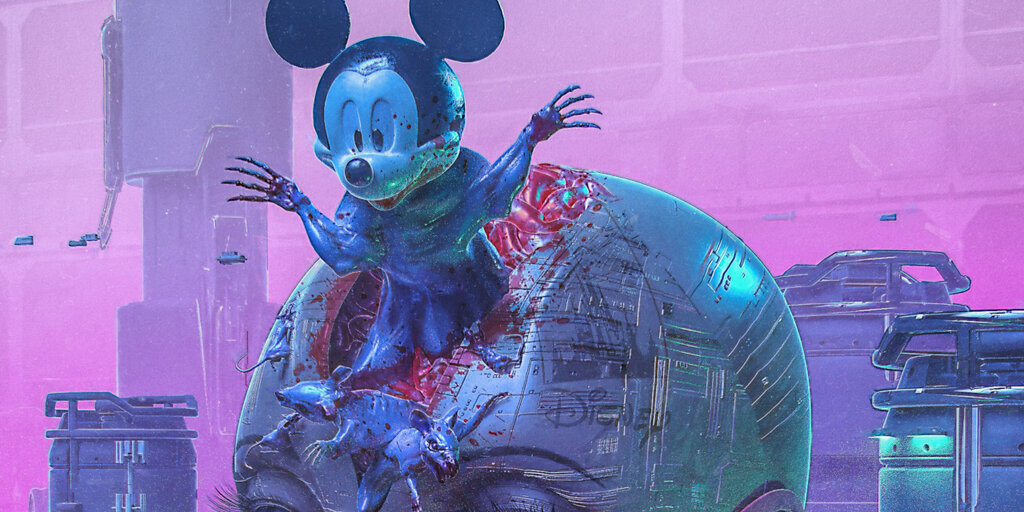 Digital artist Beeple fell headfirst down the crypto rabbit hole last month when he sold a mutating NFT of Donald Trump for $66,666.6. Now, the Charleston, North Carolinian artist wants to tie crypto art back to reality.

Today, Beeple, real-name Mike Winkelmann, announced to his 1.7 million Instagram followers that he will auction a collection of NFT artwork, starting Friday at 7pm EST.

He’s selling NFTs that represent his “Everydays,” art he’s created for 4,971 consecutive days and shared online for free. But while Beeple published his Instagram art for nothing, each NFT will start at $969.

There’s more to it than eking out extra cash from his old catalog, he told Decrypt.

Buy one of his NFTs from Nifty Gateway, the NFT marketplace that’s hosting the sale, and Beeple will mail you a digital frame that displays the loop of your NFT, encased in plastic and stickered with a holographic QR code that, when scanned, reveals the owner of the NFT.

He’ll also give you a spot on his site to post whatever message or picture you want. “So if it’s some weird shit, don’t blame me,” he wrote on the site. In addition, you can also display your art in virtual worlds, such as Somnium.

“The look of these is very much modeled after baseball cards,” he said.

Beeple thinks this will encourage collectors to trade the NFT along with the digital frame; selling the NFT separately to the frame would “make it less valuable,” he said.

“I’m going to disincentivize people from separating the two, because in my eyes, this is the physical representation of the NFT. So if you separate it, you’re kind of breaking the whole system.”

On Friday, Beeple will sell three versions of his art. The first is a selection of 21 of his Everydays, which are as diverse as a mechanoid Hilary Clinton fuelled by the lifeblood of Jeffrey Epstein swinging from a noose, and a Tom Hanks bludgeoning coronavirus with bloody fists.

‘President’ Biden? Not Yet, According to Election-Themed NFT that Fetched $66,666.60

Collectors worldwide will have five minutes to buy as many NFTs as they want. Beeple and his wife, Jan, who designed the boxes, will spend the next few months shipping boxes around the world.

Beeple’s also auctioning ‘black label,’ one-of-a-kind NFTs, whose collectors will receive a bigger box and a Zoom unboxing meeting with Winkelman himself. Finally, Beeple’s selling off a collection of NFT-only editions, for $1 a pop.

Digital art should not diverge from physical art, he said. “The digital versus physical argument—versus is the old way of looking at it. Everything will be digital.”