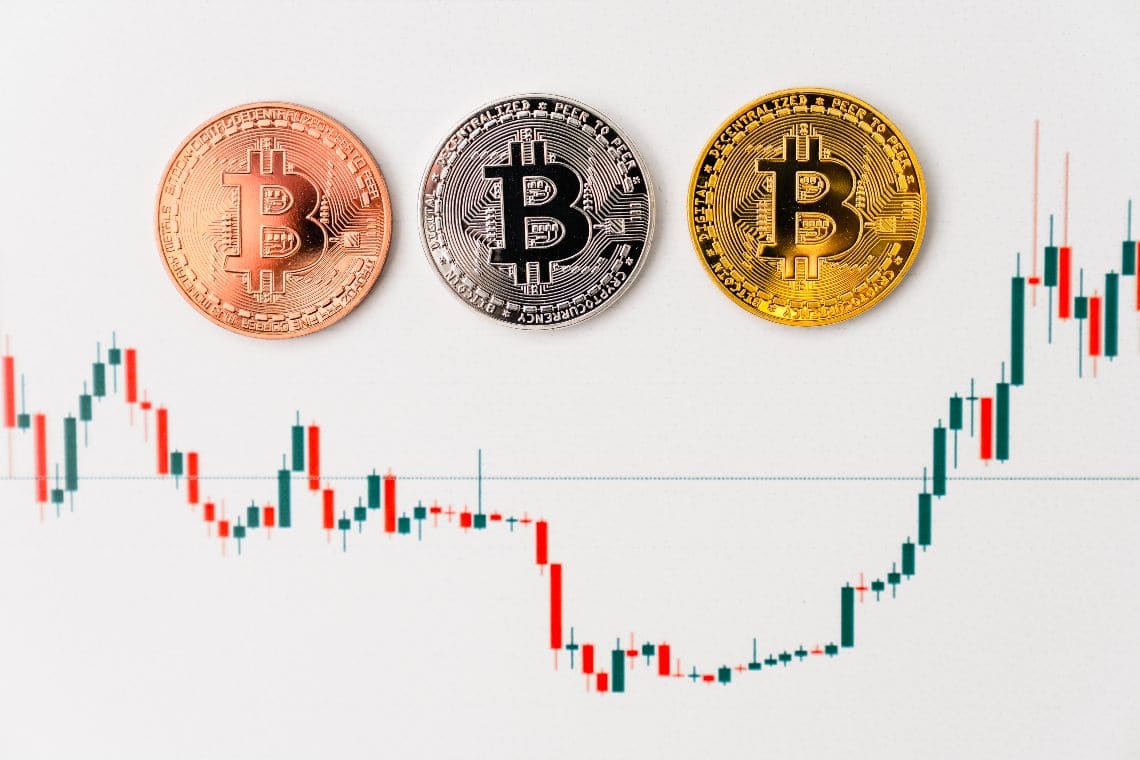 A series of factors already present even before PayPal’s announcement of yesterday had ignited the fuse.

Since last week, the strategies of professional options traders, as repeatedly written on these pages, had already begun to change the hedges from bearish to bullish.

Inbound movements on stablecoins in recent days also showed an increase in liquidity ready to be transferred. In the last 24 hours, over 70% of Bitcoin purchases have been flowing from USDT (Tether).

In contrast to the recent days with Bitcoin’s solo rise, today the price explosion is also reflected on altcoins. More than 90% start the day above parity.

Among the top ten capitalized, the rises exceed 4% from yesterday morning’s levels. Both Bitcoin and Ethereum gained more than 5.5%. The best is Litecoin (LTC) with a jump of over 14% in the last 24 hours.

Among the top 100 in the ranking, only Reserve Rights (RSR) does better with a flight of over +50% on a daily basis.

Total market capitalization in 24 hours gains over $25 billion, reaching $390 billion, a level not seen since last May.

Volumes are also flying at over $150 billion with a daily increase of more than 20%.

Yesterday Bitcoin’s volumes exceeded $4.5 billion, ranking among the 10 highest dollar trading volumes since the beginning of the year, while with more than 318,000 BTC it is the day that has seen the highest number of units traded since July 28th.

Ethereum’s volumes are also rising, with over $1.7 billion being the day with the highest volume since September 17th.

New records also for derivatives of the queen of cryptocurrencies. Yesterday, Bitcoin recorded the highest aggregate volume on futures with more than $32 billion since August 2nd, while with $572 million in total it is the day with the highest volume, second only to July 27th by a few million.

Open interest in options also set a record. At just under $2.5 billion, the record of September 24th was broken. 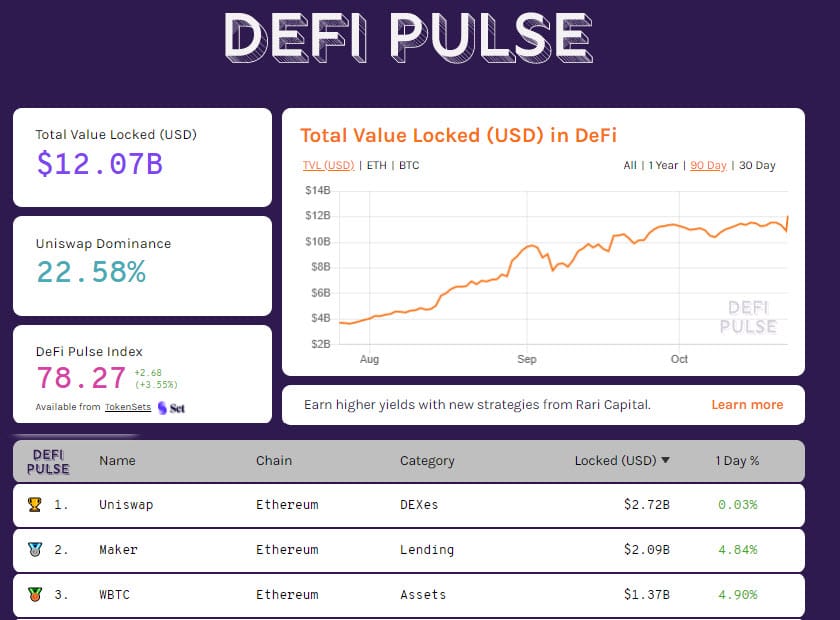 A day of new records also for DeFi. With more than 9 million ETH and more than 171,000 BTC, another broken record for the value locked on decentralized finance projects, for a total of more than $12.1 billion.

For the first time, Maker exceeds $2 billion of locked collateral, together with Uniswap, which strengthens the record at $2.7 billion.

With the vertical rise of the last few hours, prices have risen double-digit weekly. Among the first 50 capitalized, only Stellar (XLM) does better with a 17% gain in the last week.

The exceeding of the 13,000 dollars triggers the profit-taking of short period, causing the volatility to return to 2%, level left at the beginning of the month. The powerful return of the prices to the highest levels of the last 15 months is an opportunity for short term speculation and motive to set up new strategies in the medium-long period.

It is necessary to wait until the next few days to understand how professional operators will position the new hedges. With the breaking of the resistance that held since August between $11,800 and $12,200, downward position hedging has been triggered, increasing the buying rush.

After more than a month, Ethereum’s prices succeeded in overcoming the $390-395 barrier that had repeatedly rejected any bullish attack. The psychological threshold of $400 is an area of clash between supply and demand.

Exceeding this level will bring prices to $415, the last level remaining in defence of the bearish trend. Only the break-up of this level will attract new purchases and the possibility to see a bullish race similar to the one that is being observed on Bitcoin in these hours.

If in the next 2-3 days the breakage of the head of the lateral channel is confirmed, the chances will increase in favour of a next altseason. On the contrary, it is necessary not to go down under 335-325 dollars in order not to cancel price stability and to set aside weeks characterized by uncertainty.

The post Bitcoin above $ 13000 appeared first on The Cryptonomist.