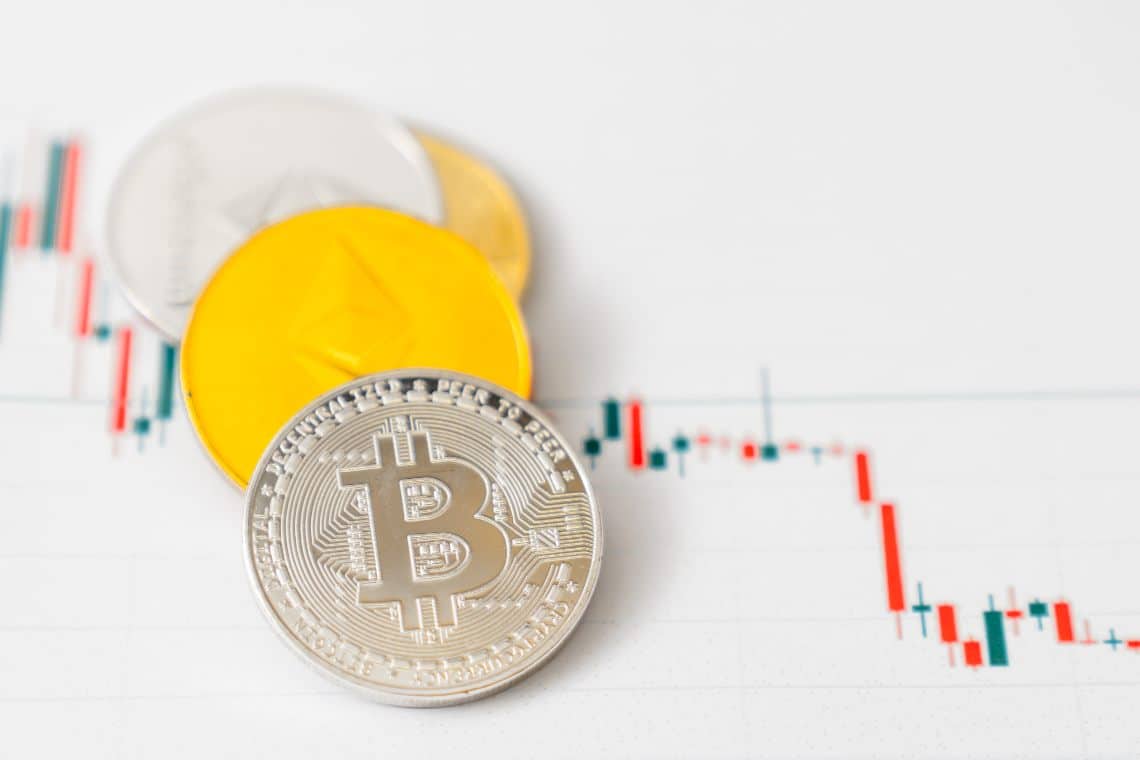 The prices of Bitcoin and Ethereum, with an increase of a few tens of dollars, have managed to close in positive the second consecutive weekly candle.

Among the top fifteen with the highest capitalization, the first two big coins are among the few to start the new week with the green sign.

Monero (XMR) also performed very well, up over 1%. The queen of privacy coins, despite the profit taking of the last few days, defends the $120 threshold.

This morning more than 70% are moving below parity. On the podium of the best, Aave (LEND) is on the rise, with an increase of almost 20%, followed by UMA which gains over 15%, and CyberVein (CVT) over 7%.

On the opposite side, the worst is Filecoin (FIL) with a drop of more than 20% from yesterday morning’s price. After a strong start with last week’s prices jumping over 90 dollars in a few hours, the prices of the token connected to the decentralized data storage (cloud) project are decreasing, seeking consolidation between 25 and 30 dollars.

This is followed by Waves and Crypto.com (CRO), which are down over 7%.

The prices of DeFi

Most of the tokens in the decentralized finance projects are back up: Uniswap (UNI) Yearn.Finance (YFI), Loopring (LRC) and Near Protocol (NEAR) now exceed 5% of gains from Sunday morning levels. 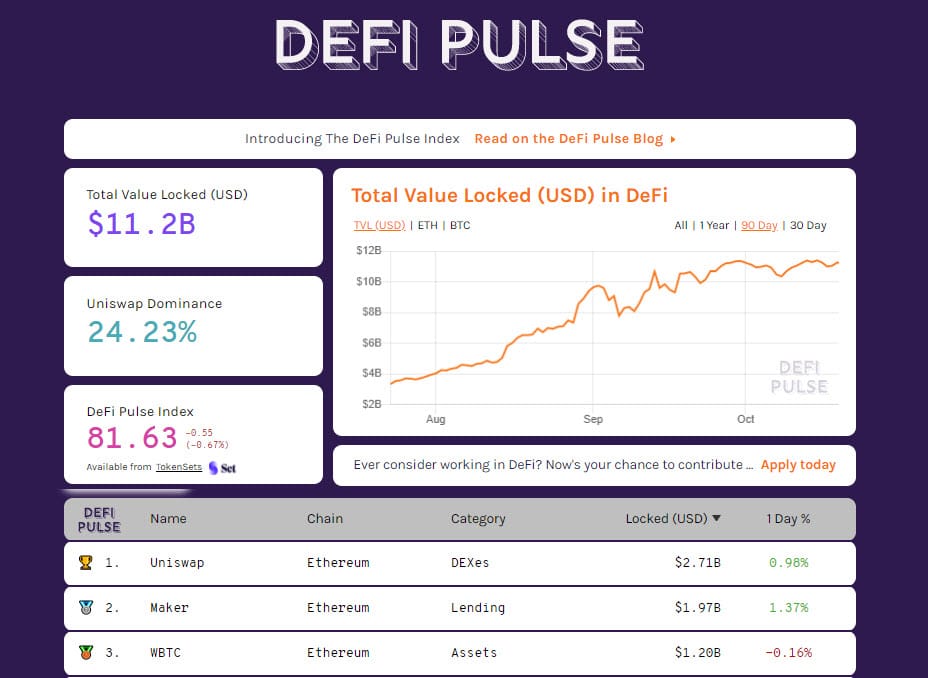 Total value locked (TVL) on the decentralized finance protocols remains above $11.2 billion, a step from the record set last week at $11.4 billion. Uniswap (UNI) continues to lead with over $2.7 billion locked, followed by Maker at $1.98 billion and WBTC at $1.2 billion.

The number of locked Ether also rose again to over 8.7 million units.

The total market cap rises to 360 billion dollars with Bitcoin recovering 59% of market share, the highest level since the end of September.

Volumes of Bitcoin and Ethereum decreasing

Total daily trading volume goes under $60 billion, four times lower than the average record high in mid-September. For the second weekend in a row, traders prefer to wait, with Bitcoin trading volumes not exceeding $1 billion in value on both days.

Ethereum is worse off with daily volumes just over $400 million. For the queen of altcoins, volumes have exceeded $1 billion only four times since the beginning of the month.

Volumes are also falling for decentralized exchanges (DEXs). In the last week, trading fell to a total of $2.5 billion, 20% less than last Monday. Over 70% of the trading took place on Uniswap, averaging $1.7 billion per week.

The price of Bitcoin

The third week of the month kicks off from the levels of last Monday with prices above 11,400 USD, marking an emotionless week. The operational strategies remain unchanged. Upwards, it is necessary to overcome the barrier of 11,600 USD, a technical level of resistance strongly protected by options traders. A possible break confirmed at the end of the day could cause repositioning of the strategies, increasing volatility.

Downwards, it is necessary not to break through the 11,200 USD to avoid the risk of attracting bearish speculation and new tests of the psychological threshold of 10,000 USD.

The price of Ethereum

The failure to exceed 390 USD has once again deflated the mood of operators who prefer to wait for the exit of prices from the lateral channel, which from the beginning of September has caged the fluctuations between 325 USD and 390 USD. These are the levels also chosen by options traders to cover the risks of breaking and increased volatility.

The bullish trendline, which has been joining the lows since mid-March, continues to remain unchanged. Despite the period of no direction, Ethereum’s long-term trend remains bullish.

The post Bitcoin and Ethereum prices: the week opens in positive appeared first on The Cryptonomist.