In the past 24 hours, over 404,256 positions have been liquidated. The largest single liquidation took place on the Huobi exchange with a BTC value of over $20.66 million.

Bitcoin’s price volatility is not a new phenomenon for seasoned crypto investors. However, it might alarm the new wave of investors that bought in due to the massive bull run that BTC has been on. This is the largest drop in price since Tesla’s purchase of $1.5 billion BTC before the price crossed $42,000.

Today, Janet Yellen, the United States Treasury Secretary. opined that Bitcoin is “highly speculative” and “inefficient” for transactions. She even addressed the amount of energy consumed in processing BTC transactions and called it “staggering.”

This added to Christian Lagarde’s comment earlier in January taking aim at Bitcoin’s role in money laundering and enabling “funny business” is evident of the perception that the regulators still hold about Bitcoin.

As witnessed in the past, Bitcoin price crashes and rallies have a direct impact on the price of altcoins and more specifically, Ethereum.

In fact, earlier this month, Ethereum topped Bitcoin’s weekly inflow of $42 million, reaching a whopping $195 million in the week ending on Feb. 7. Ethereum even flipped Bitcoin in terms of value settlement. 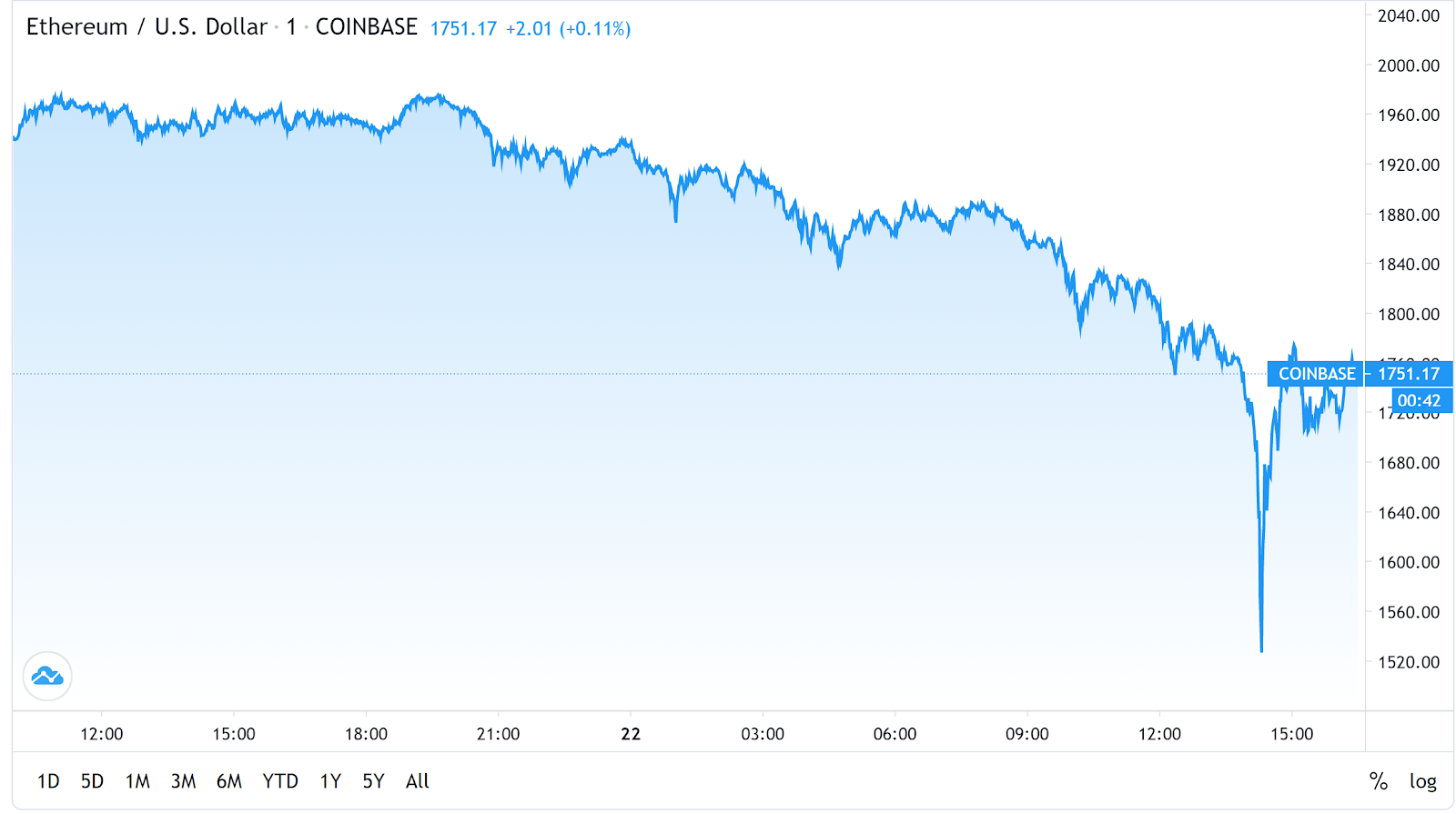 Along with Bitcoin, Ethereum has also crashed from its all-time high of over $2,033 and is trading at $1,728 at the time of press. This ripple effect can also be seen across the market.

Binance Coin has been booming in February. It moved from the $50 range at the start of February until it reached a new all-time high of $345 last week.

Other altcoins like Cardano (ADA) and Polkadot (DOT) are were feeling the pain as well. Both were down around 26% at the bottom of the crash.