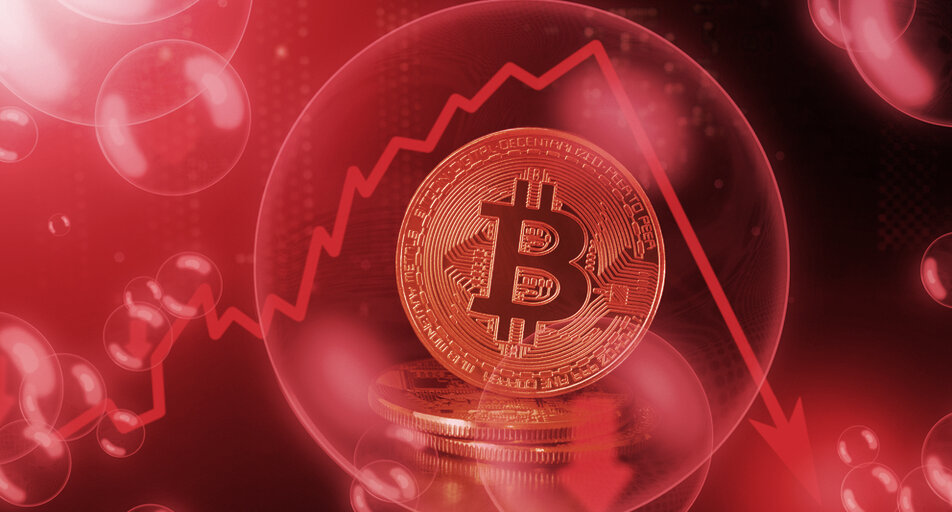 “Bitcoin’s parabolic rise is unsustainable in the near term. Vulnerable to setback,” tweeted Scott Minerd, global chief investment officer at investment giant Guggenheim Partners, at about 5am UTC on Monday morning, as Bitcoin’s price began to fall.

Over the last 24 hours, Bitcoin’s price fell $9,000, hitting a low of $32,000. At one point, its price fell $3,000 in under two hours. This extreme price volatility upturned a lot of futures traders, liquidating $1.1 billion in long positions. And in real dollar terms, today’s losses represent the biggest Bitcoin crash ever. But what caused this sudden downturn? And what will happen next?

Price corrections have simply been part and parcel of bull runs in the past, and today’s price action is no different.

“This Bitcoin price drop should not seem unusual to anybody who has been following the space since the 2017 boom,” Dmitrii Ushakov, chief commercial officer at BitRiver, told Decrypt.

Bitcoin's parabolic rise is unsustainable in the near term. Vulnerable to a setback. The target technical upside of $35,000 has been exceeded. Time to take some money off the table.

Jason Deane, Bitcoin analyst at Quantum Economics, told Decrypt that price corrections are “a healthy part of a bull market and allow traders to regroup and catch their breath before embarking on new price discovery,”

Deane added that, “In times of emotionally fuelled trading, like the 2017/18 boom, these corrections can be large and unpredictable.”

But knowing that price corrections happen hasn’t stopped some Bitcoin holders from selling their assets.

Despite many in the crypto industry calling for calm, Bitcoin’s decreasing price has led to small holders selling off their Bitcoin.

This can be explained, in part, by small holders searching for short-term profit, or cutting their losses before witnessing what they might expect to be an even greater market crash.

Kain Warick, founder at derivatives liquidity protocol Synthetix, addressed those who might be looking to sell their Bitcoin for fear of a greater price drop in the near future.

Early this morning, he tweeted, “The key takeaway here is that if you are a new entrant to the market or you have been here for a while don’t be spooked by a -10% daily candle,” adding, “While we all carry a little PTSD from late the 2018 capitulation, it is important not to overreact to intraday moves, or even intraweek.”

While smaller Bitcoin holders might be more prone to react to the market, those holding large amounts of Bitcoin are more willing to hold on to their assets in the long term.

This price correction might have troubled smaller investors but those holding larger amounts of Bitcoin have are less likely to sell their holdings.

The FCA Has 5 Entirely Reasonable Concerns About Cryptocurrency

According to protocol specialist Elias Simon, accounts with over 1,000 Bitcoin continue to grow.

Elias Simos, protocol specialist at node infrastructure provider Bison Trails, tweeted, “While you were selling, whales were gobbling up your Bitcoin.”

They’re now getting a hefty discount too.