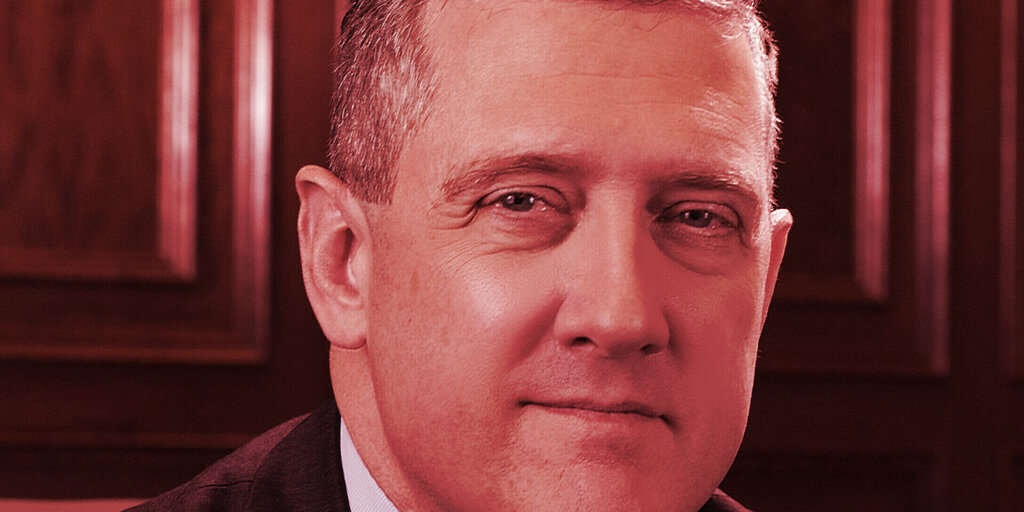 Appearing on CNBC’s Squawk Box today to talk about the price of Bitcoin reaching $50,000, St. Louis Fed President James “Jim” Bullard said BTC is more like gold than currency—not that that matters. “For Fed policy, it’s going to be a dollar economy as far as the eye can see and a dollar global economy really as far as the eye can see,” he said. “And whether the gold price goes up or down or the Bitcoin price goes up or down doesn’t really affect that.”

The St. Louis Fed is one of 12 Federal Reserve banks, whose presidents help inform the monetary policy of the US central banking system. Bullard has been in that role since 2008, and he was reappointed for another five-year term in January. In 2014, The Economist ranked him as the 7th-most-influential economist in the world.

The reason Bullard can ignore Bitcoin for monetary policy, he suggested, is because the Fed’s been ignoring another popular store of value for half a century. “The gold price has moved up and down since the 70s and 80s, and that hasn’t affected Fed policy as far as I can tell,” he said.

As much as Bullard sees Bitcoin as a gold competitor, he doesn’t seem threatened by it because its price volatility makes it less desirable as a means of exchange.

Thus, he quipped, “This is just part of the normal currency competition that has been going on for centuries.” And the dollar, in his view, will come out on top.

Bullard isn’t wrong about the current state of Bitcoin price volatility. Last month, with the price at around $32,000, volatility was at its highest level since March 2020—when its price had just plummeted to $4,000. The price has since spiked to $50,000.

But historic volatility does not necessarily equate to permanent volatility. Last week, Litecoin founder Charlie Lee argued that, if electric car maker Tesla begins accepting Bitcoin (as it plans to do) and doesn’t convert the asset immediately into dollars (as it said it might), “we will start to break out of the fiat system.”

Bullard isn’t buying it, at least not yet. Investors, in his view, don’t want a store of value or a means of exchange. They want both.

“Investors want a safe haven,” he said. “They want a stable store of value. And then they want to conduct their investments in that currency. It’d be very hard to get a private currency—that’s really more like gold—to play that role, so I don’t think that that’s where we’re going to see any changes in the future.”