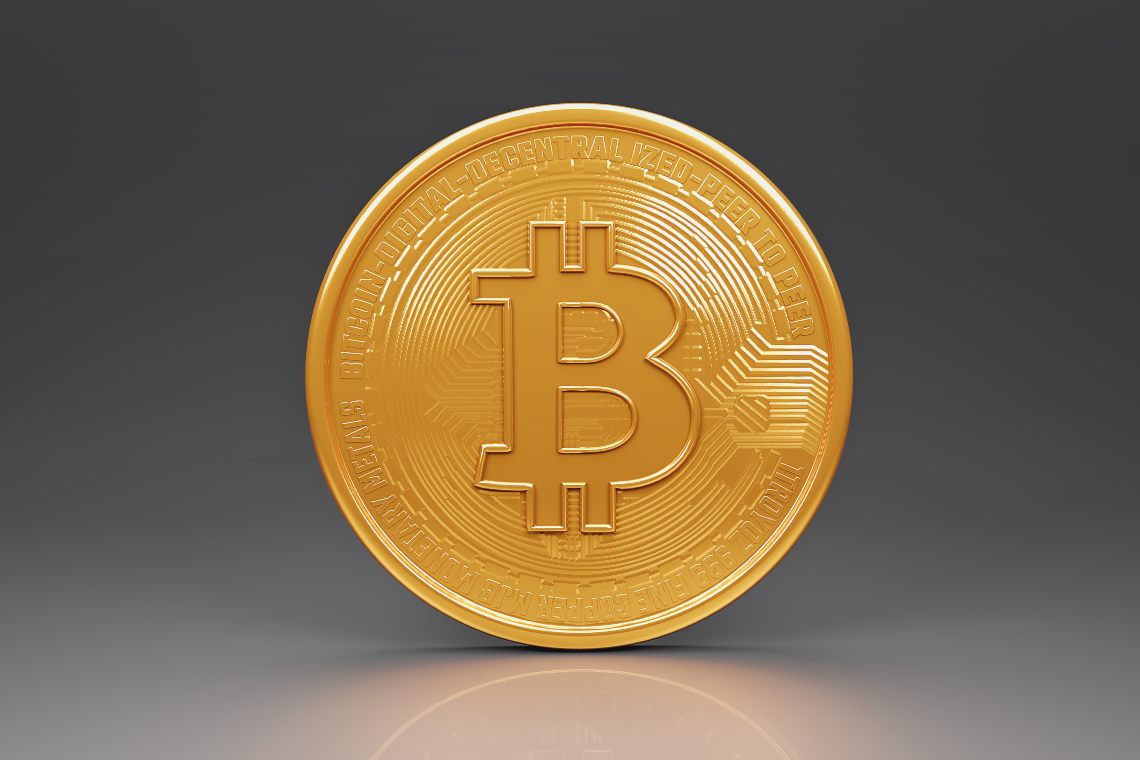 What has been happening over the past five days provides two important signals for Bitcoin and the entire sector.

One is positive and one is negative, although we can’t call it that adverse yet.

So let’s dig into the reasons, starting with the positive signal that Bitcoin is giving us.

Yesterday Bitcoin saw the fourth day with the highest trading volume ever, with over $12 billion traded on the major exchanges. 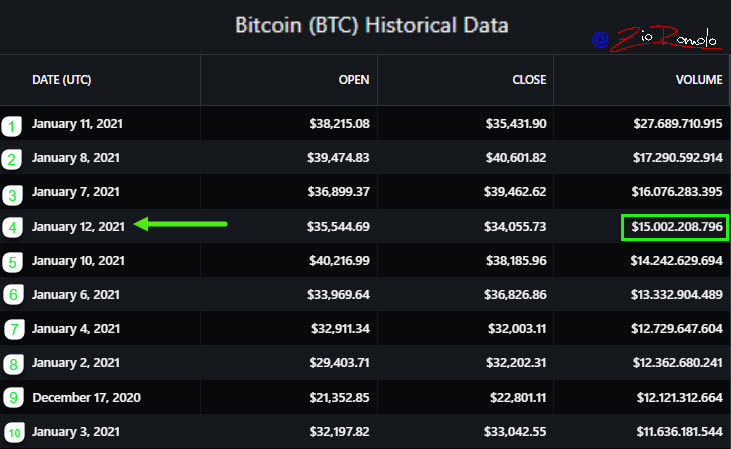 This comes after the day with the highest trading volume record in the history of the king of cryptocurrencies, with over $27 billion traded.

Since the beginning of the year, there have only been two days with volumes below the $10 billion threshold, a barrier first crossed on December 17th, 2020. To get a measure of the difference in volume with previous major periods in the history of the last 12 years, it is sufficient to recall that on the two days of terror between March 12th and 13th last year, the trading volume calculated in dollars came close to $8 billion for each individual day.

On December 7th, 2017, just a few days before the day Bitcoin touched the $20,000 mark for the first time (remaining an all-time record for exactly three years), the counter value of trades on the major exchanges exceeded $7.8 billion.

A different context emerges if we analyze the number of bitcoin traded during the 24-hour period. With around 300,000 BTC exchanged on January 11th, 2021, we are well above the average number of exchanges recorded in December 2017 but a long way from the records of March 14th, 2020, when over 920,000 BTC were traded in a single day.

This should give a sense that the current period is a very important historical moment. Such a high amount of trading recorded over multiple days highlights how the market is in transformation from retail to institutional trading. Although compared to traditional financial markets, it is still a small fraction and compared to forex money markets it is a drop in the ocean, moving such large volumes highlights a market that has definitely changed compared to that of a few months ago.

Bitcoin: signals from the fear and greed index

And let’s look at the other signal, the one I called negative, although in an overly pessimistic way. For the first time in over two months, the Fear and Greed index is back below 80 points.

The declines of the last 72 hours have put an end to the swings above 90 points. Since the index measuring investor confidence was launched – February 2018 – no values above 90 points had been recorded for such a long period.

It is worth remembering that the index is measured on a scale from 0 to 100, where 0 coincides with the lowest confidence value and 100 the highest value.

Before the recent phase, which saw the value touch 95 points several times, this level – so far the highest peak recorded – had previously been reached for the first time on June 26th, 2019. This record had remained untouched until December 8th, 2020.

The index is based on various parameters, almost all of which relate to Bitcoin, but it is considered a benchmark of investor sentiment for the entire cryptocurrency sector.

The post Bitcoin: signals to understand what is happening appeared first on The Cryptonomist.