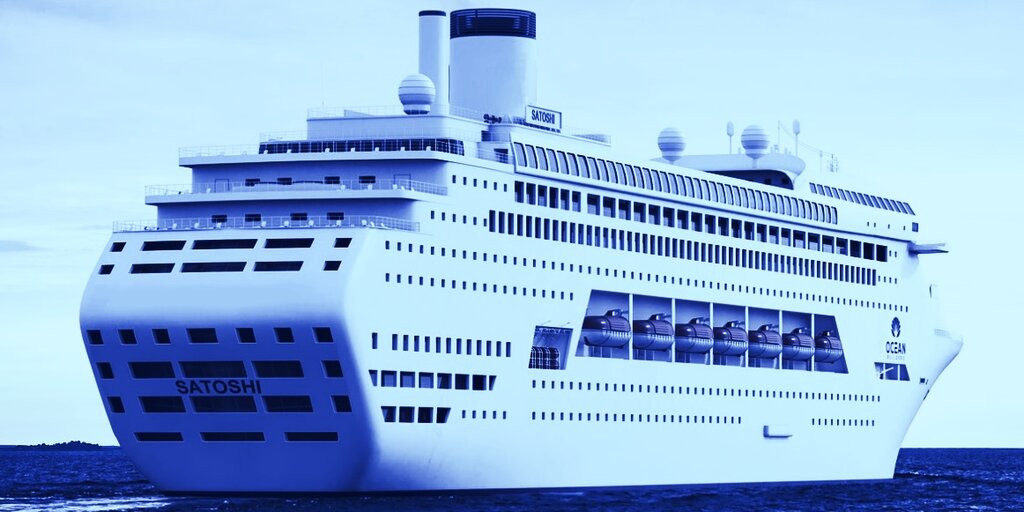 Pacific Dawn, a ship that previously belonged to P&O Australia—the Ozzie arm of British-American cruise line P&O Cruises—is about to begin its new life as “Satoshi.” It will host a cryptocurrency-themed floating community off the coast of Panama, The Maritime Executive reported on October 9.

Pacific Dawn was renamed after the enigmatic Bitcoin creator Satoshi Nakamoto by its new owner—a company called Ocean Builders that specializes in developing “floating, off-grid seapod homes.” Its COO and key investor, Chad Elwartowski, is an American software engineer and Bitcoin trader driven by the dream of creating permanent housing at sea, unconstrained by any government.

“We look forward to creating a hub for technology and innovation here in Panama. Our goal is to figure out how to live sustainably on the sea and chart new waters in this new frontier,” Elwartowski told the outlet.

In 2019, along with his girlfriend, he built a floating house off the coast of Thailand, funding it with Bitcoin. Unfortunately, local authorities confiscated the vessel just a few months later for “deteriorating Thailand’s independence,” for which Elwartowski could’ve even faced the death penalty.

After Satoshi, also referred to as the “Crypto Cruise Ship,” drops anchor in the Gulf of Panama on November 4, Ocean Builders plans to turn it into a much bigger version of Elwartowski’s previous housing project—a full-fledged “condominium ship” equipped with cabins, restaurants, bars, lounges, casinos as well as a fitness center. Naturally, the ship’s residents will be able to pay for every service on board with Bitcoin.

Apart from being a tech hub for crypto-focused companies and entrepreneurs, Satoshi will also offer its residents areas for research and office space. Ocean Builders reportedly plans to start auctioning off “condos” on November 5, successively selling one full deck worth of cabins at a time.

“Our idea for families with children is to buy a balcony or ocean view room for the parents and purchase a cheaper interior room across the hall for the children. We would like to think of your cabin as your bedroom while your living room is the rest of the ship,” Elwartowski explained.

The first sale will run from November 5 to 28 and will include 200 cabins on deck 10, reportedly priced between $25,000 and $50,000. The buyers will become full owners of their cabins indefinitely, although they will still have to pay a monthly fee for operating expenses.

In total, Satoshi contains 777 cabins that can accommodate 2,020 people. All aboard.