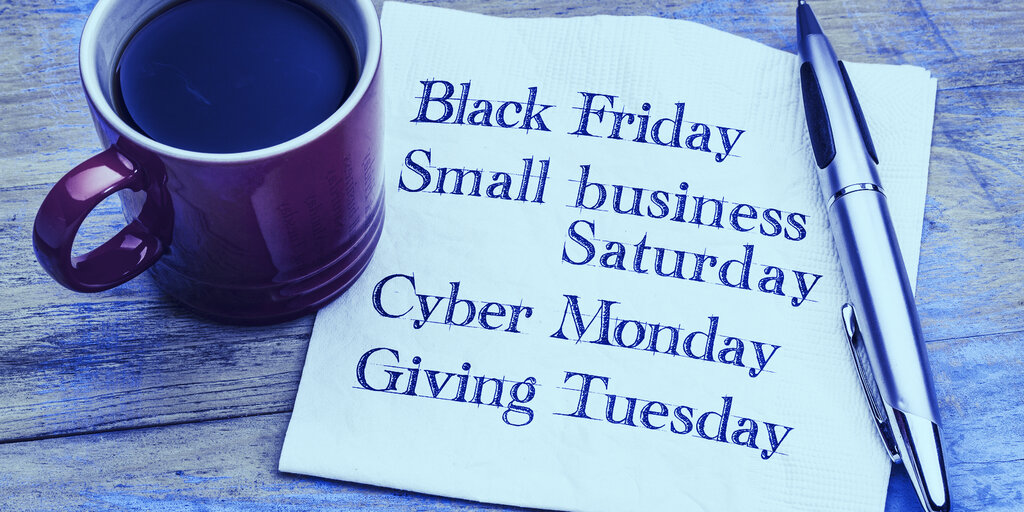 December 1 once again marks Bitcoin Tuesday, the annual day of crypto giving that follows Cyber Monday, one of several pagan holidays devoted to consuming as much as possible.

The fundraiser, led by crypto charity project The Giving Block and backed by crypto companies Maker, Nifty Gateway and others, will funnel cryptocurrencies to 120 charities, among them The Water Project, the Tor Project, Save the Children, and the International Medical Corps.

Are you going to the The Giving Block, crypto’s hottest charity gig of the year?

“We’ve raised millions in crypto just this year and expect to raise over $1M in December alone,” Alex Wilson, co-founder of The Giving Block and one of the architects of Giving Tuesday, told Decrypt.

Charities have the option to convert funds to US dollars or to hold them in cryptocurrencies. “The majority still opt for auto conversion to USD but we’re seeing more interest in HODLing over time,” said Wilson.

Wilson told Decrypt that Giving Tuesday is more than about giving—it’s also about saving.

Think of crypto donations as a “more tax efficient” way of donating to charity, he said. “For most donations, you do not owe capital gains taxes and can deduct the fair market value from your tax return. Thats a 20-30% increase from regular donations since you’re using pre-tax dollars.”

Whether your motives are altruistic or not, the donations go toward noble causes.

Peter Chasse, President & Founder of The Water Project, a non-profit that provides clean water to sub-Saharan African communities, told Decrypt, “Cryptocurrency donations have played an absolutely pivotal role this year in The Water Project’s response to the pandemic in Kenya, Sierra Leone, and Uganda.” And that was before Bitcoin’s price went through the roof.

Whitney Broadwell, a marketer from the International Medical Corps, told Decrypt, “Every bit helps. We’re grateful to have this opportunity to connect with the cryptocurrency community and get support for our lifesaving work.”

Save the Children, a children’s charity (obviously) that claims to have reached over a billion kids, is matching crypto donations by three times.

Ettore Rossetti, the charity’s director of digital marketing of the charity, told Decrypt of ambitions that far outstretch Bitcoin Tuesday. “What if blockchain technology could be used to make supply chains more efficient, transactions more transparent and end world poverty through decentralized, universal basic income as a form of unconditional cash vouchers?

“That would be a dream worth HODLing on to.”