DeFi sector is probably experiencing its biggest boom this year. Many successful projects were created, which were able to speak significantly to the market. One such project is also Fantom. This token literally makes history.

The phantom goes his own way

Fantom Network has achieved two huge successes in the last 48 hours, after which it is simply necessary to count on this player on the market.

But that’s not all. There are more successes. The network currently lacks only about 50,000 wallets to reach 1 million. The presence of bulls is obvious. There have been more than $ 600 million.

The competition is really tough with FTM. The network has an extreme speed, which puts it at the forefront. It can generate more than 750,000 transactions per day. The recent addition of Kyber DEX to the network has provided an overall improvement in liquidity. It was added to the network at the same time stablecoin TrueUSD, which will significantly improve transactions between standard finance and the DeFi sector.

According to market data, the network is really strong. The positive development was also shown in the price of the FTM token. It’s climbed in the last week about 40.16%. 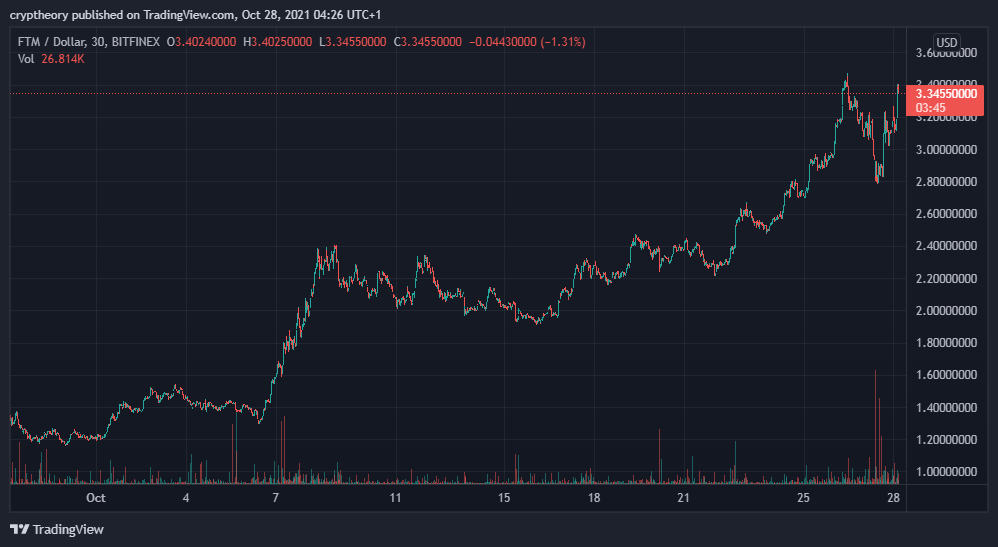 Development is a logical outcome the presence of whales in this network. They have been consistently moving their FTM tokens for some time.