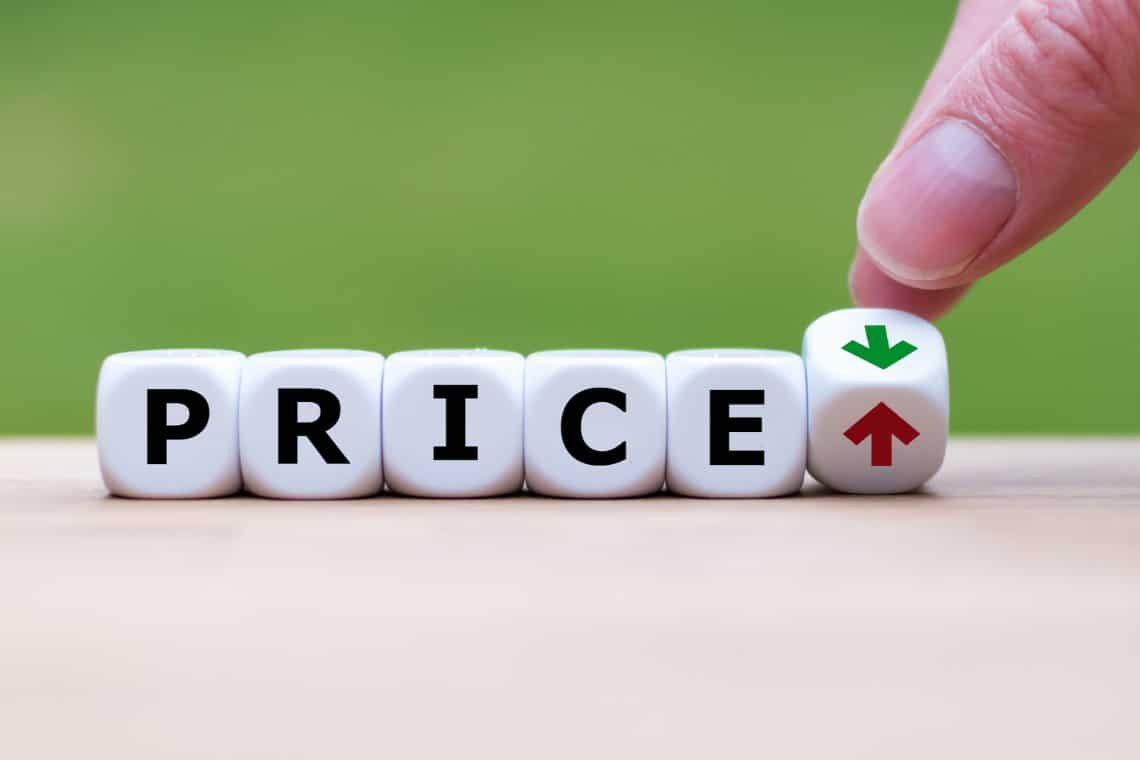 The total capitalization of the crypto market is now above $1.9 trillion with BTC’s dominance hovering just above 55%. This is the lowest level in two years.

After two difficult days, the green sign is back, with most of the major cryptocurrencies recovering their losses from yesterday. Scrolling through the list of the top thirty most capitalized cryptocurrencies, there are only two red signs today.

Leading the rises is Binance Coin with a gain of around 10% and a price climb that for the first time is within touching distance of $420. Since the beginning of the year, the price of BNB has multiplied 10 times. The top spot on the podium for the day’s best rise, however, belongs to Enjin Coin, up more than 45% from yesterday’s levels. In the last 48 hours, the price of ENJ has soared over 60%, reaching a price of $3.4.

The reason why BTC’s dominance has been declining is due to the strong performance of the altcoins, which are now rising above $877 billion in total capitalization. This is the highest level ever. Almost double the level reached in January 2018, at the peak of the ICO bubble. 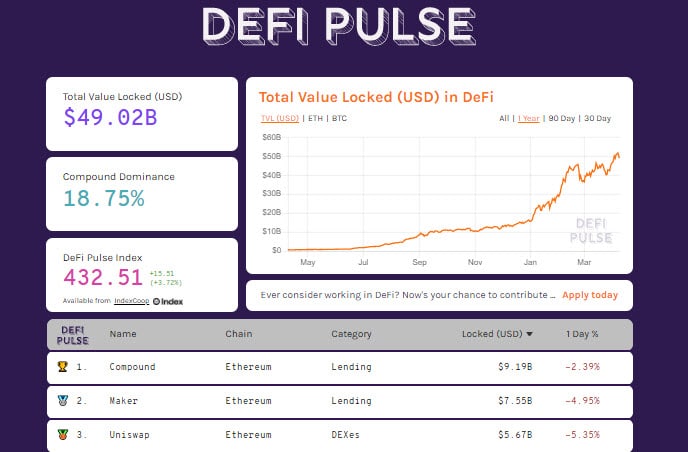 For DeFi, after the records set in the last 72 hours with a TVL rising above $51.5 billion for the first time, the total value locked fluctuates to $49 billion. This loss is due not to the value of the locked tokens, which remains essentially unchanged since yesterday, but to the number of ETH that fall by about 200 thousand units from the peaks reached at the beginning of the week.

Among the decentralized exchange projects, Uniswap remains the most capitalized with about $5.6 billion in assets. Curve Finance’s TVL has surged in recent hours to $4.5 billion, ousting SushiSwap and moving into fifth place among projects by dollar value.

BTC’s price has regained $57,700, close to yesterday’s highs. The bulls’ resistance continues to be felt with the defense of the holding of $56,000, a level that coincides with the bullish dynamic trendline that joins the lows of the last two months.

To understand the strength of the rise that began at the end of March it will be important to defend the holding of 56,000 USD in the coming days. Otherwise, the restart of the new monthly cycle from the March lows will be questionable.

The rise of the last 24 hours brings the quotations back above 2,050 USD, recovering 50% of yesterday’s decline. For ETH, it will be important to consolidate the hold of 1,900-1,950 USD in the coming days, levels that coincide with the resistance of the previous historical highs recorded between the end of February and mid-March.

Failure to do so would weaken the bullish structure built in the last two weeks, which with the all-time highs of Friday, April 2nd, would confirm the beginning of the new quarterly cycle.

This cycle should confirm the bullish strength by establishing new highs within the next two weeks.

The post BTC dominance falls below 55%. Is this altseason? appeared first on The Cryptonomist.