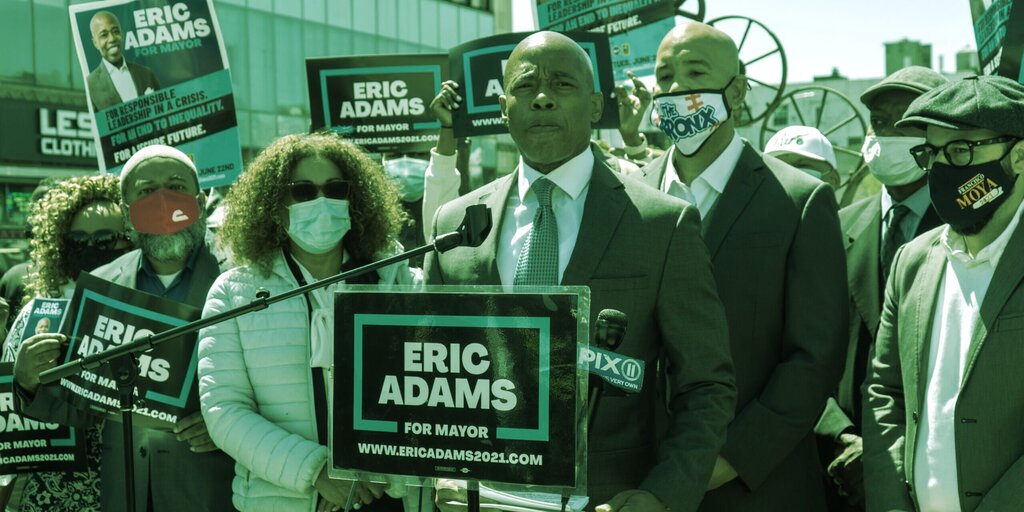 While on the campaign trail last month, Adams vowed to make New York City into a “center of Bitcoins”.

Adams is not a newcomer to BTC; speaking at an event in 2015, he described it as a “disruptive technology,” announcing that, “I want BTC. I want Airbnb. And I want marijuana dispensaries.”

But how will New York City compete with a cryptocurrency hub already set in motion in Miami?

New York vs Miami, the battle for BTC city

Speaking at an event last month, Adams complained that Miami is “beating New York in business”.

Eric Adams is talking about drone development and says you "can't get it done" and everyone stays in their siloes. He bemoans Miami is "beating New York" in business

Miami recently hosted a BTC Conference that brought the cryptocurrency’s loudest and proudest advocates to the city to make their case for the asset. In January, Mayor Suarez set about building his own cryptocurrency team—and hosted many publicized meetings with high profile crypto players like the Winklevoss twins.

Miami Mayor Wants City to Be Crypto Capital of the World

In February, Suarez told Decrypt that he planned to personally buy some cryptocurrencies of his own. One month later, he bought some BTC and ETH—but went cold on the idea of dabbling in Dogecoin.

In other words, if Eric Adams wants to make New York the center of Bitcoins, he has to face up to some stiff competition down south. But he could find some support from former presidential candidate Andrew Yang.