The Facebook outage shows the vulnerability of centralized software solutions. With a view of Diem you can get construction pain. Meanwhile, BTC continues its bull run.

With a market capitalization of $ 929 billion, BTC is now the eighth most valuable asset in the world. This mark reached digital gold on the evening of October 4th, displacing Facebook from eighth place. There are two reasons for the change of guard: On the one hand, the social network lost around five percent of its value yesterday because the group’s online services were inaccessible for hours. According to reports, there were problems with an update that could not be resolved immediately because the employees themselves had login difficulties. In the end, Facebook, Instagram and WhatsApp were offline for around six hours.

On the other hand, the crypto currency No. 1 is showing its strongest side these days. On a weekly basis, BTC posted a gain of almost 17 percent, while digital gold made up three percent in the last 24 hours alone. With a market capitalization of $ 929 billion, BTC is of course not far from the $ 1 trillion barrier. BTC took this hurdle for the first time in February of this year, before going into correction mode from May.

Of course, BTC and Facebook are two completely different types of assets and can only be compared to a limited extent. In contrast to the latter, the former does not produce any cash flow, does not generate any sales and there is no chance of dividends with BTC. The latter is also unlikely in the case of Facebook – at least in the short term.

What if Libra fails?

The failure of the Facebook group, however, also highlights its ambitions to get involved in currency competition. As BTC-ECHO has already reported several times, the Internet giant wants to launch its own digital currency with Diem (formerly Libra). A six-hour failure of a social network is manageable, such a failure with a payment and monetary system is probably not.

At this point it should be noted that BTC has an uptime of 99.99 percent to this day. Except for two dropouts (2010 and 2013), the network was always functional. That is the attraction of decentralized systems, the so-called Single point of failure and are therefore much more robust than centralized solutions. 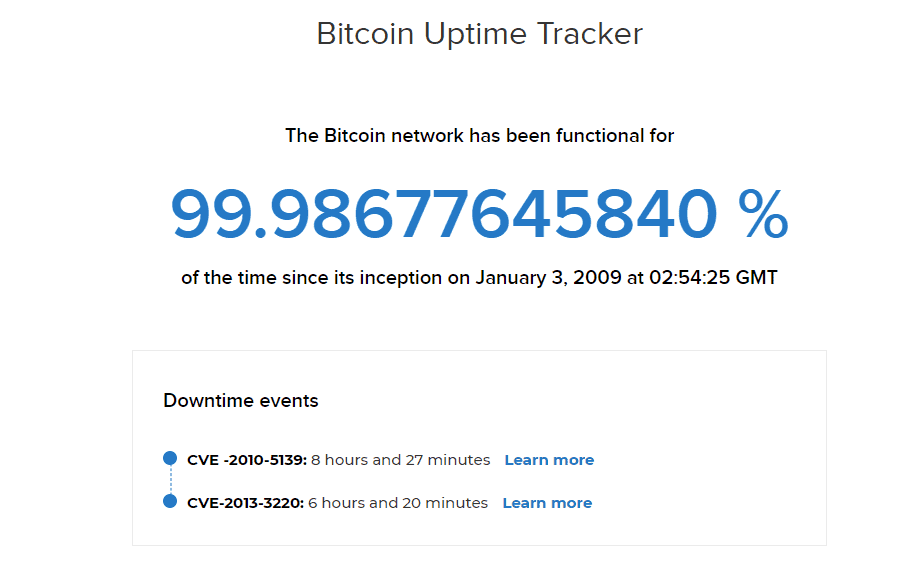 Lightning network on the rise

It’s not just the BTC on-chain layer that is showing strong momentum. Lightning, BTC’s outsourced scaling solution, is also growing steadily. Today, October 5th, the second-layer network has a capacity of 3,000 BTC for the first time. This is evident from data from BTC Visuals.

The growth of the network is driven, among other things, by reports such as the integration of Lightning BTC into the tipping system on Twitter. As we have already reported, iOS users can use the app to send tips in satoshis to other Twitter users.