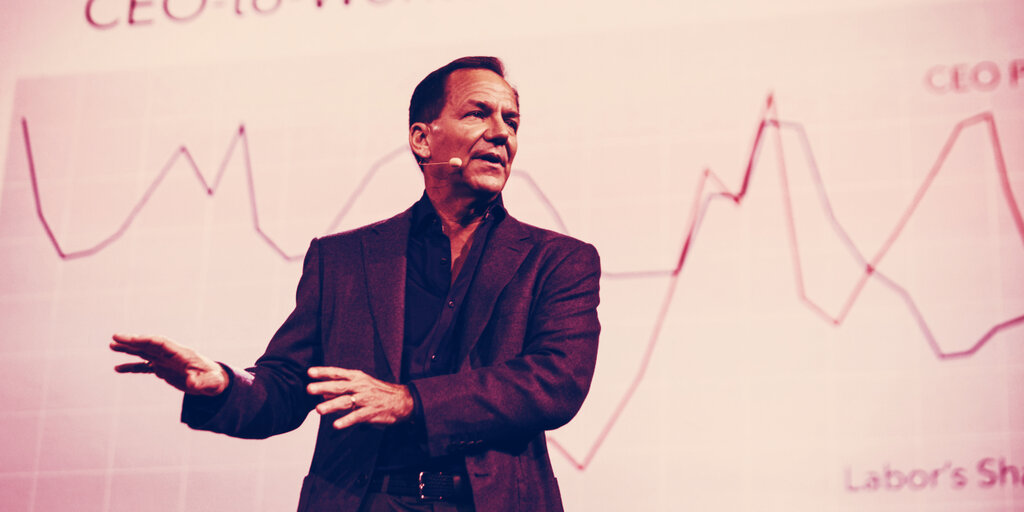 In an interview with CNBC this morning, Jones said the crypto asset is an attractive hedge against inflation and spoke highly of the growing community of investors that have entered the space.

Jones, the founder of Tudor Investment Corp., told CNBC that we are still in the very early stages of the Bitcoin evolution, but after dipping his toe in the market earlier this year, he’s grown more comfortable in the space.

“Bitcoin has a lot of the characteristics of being an early investor in a tech company, and I didn’t realize it until after unfortunately I came by your show and got besieged by God knows how many different people on bitcoin,” he said on CNBC’s Squawk Box.

Billionaire Paul Tudor Jones reveals how much Bitcoin he owns

He said he has a small, single-digit investment in Bitcoin, adding that he is “not a bitcoin flag bearer,” but added that he has been surprised by the number of really smart, sophisticated people that believe in Bitcoin.

He compared the potential of the Bitcoin market to investing in early tech, such as Apple during Steve Jobs’s tenure or early stage Google.

“I’ve never had an inflation hedge where you have a kicker that you also have great intellectual capital behind it,” he said.

The price of Bitcoin has surged past the $13,000 mark for the first time this year, one day after PayPal announced that it would let users buy and sell the cryptocurrency on its mobile app.

The price of Bitcoin is up about 275% since tanking in March during the market instability created by coronavirus outbreak surging in the U.S.

“I like Bitcoin even more now than I did then,” he told CNBC. “I think we’re in the first inning of Bitcoin and it’s got a long way to go.”