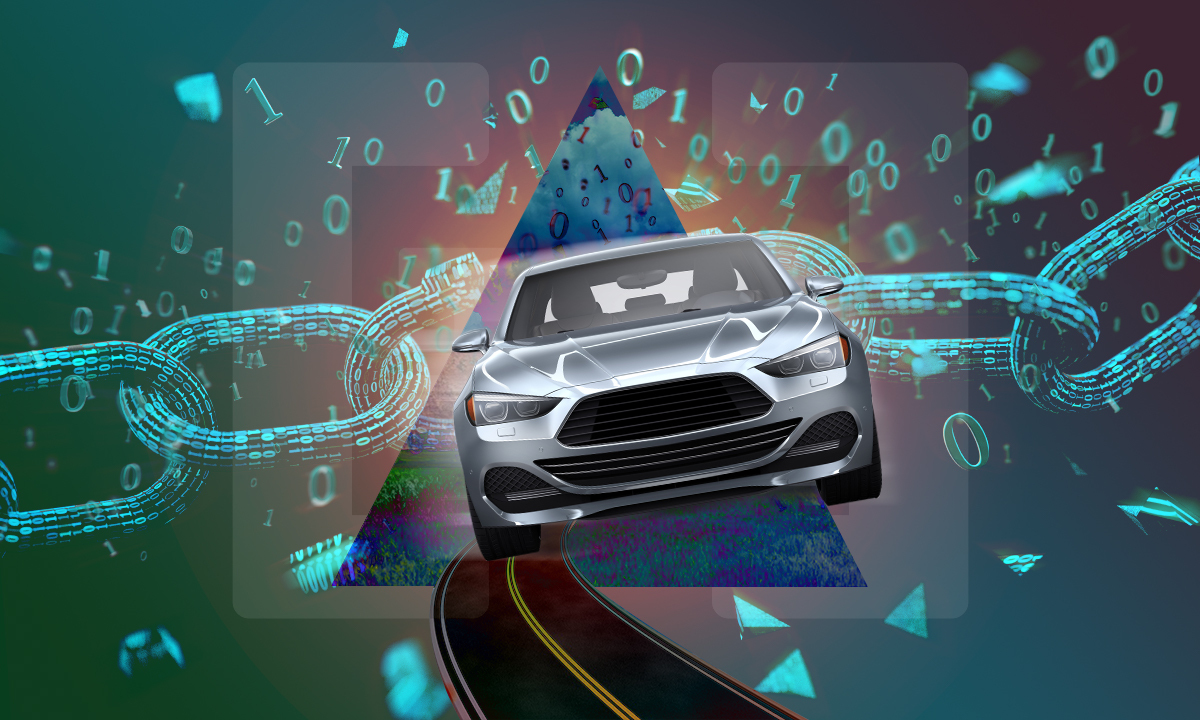 The automotive industry has always been on the cutting edge of technology and innovation. Therefore it comes as no surprise that cars and car enthusiasts are coming to crypto.

The ways the auto industry has innovated are endless. Popularizing combustion engines, making carbon fiber mainstream, and bringing electric travel into the 21st century. Now, carmakers, car dealers, and even car racers are cashing in on the interest and innovation that comes with blockchain.

Tesla is not the biggest car manufacturer in the world. However, it brought cars for crypto into the spotlight this year.

In March, Elon Musk announced that Tesla would begin accepting payments in BTC.

The announcement was considered a contributing factor in the spike of BTC in the weeks that followed.

However, the celebration was short-lived after Musk backtracked his commitment to crypto over environmental concerns in May. The announcement by Musk once again affected the market, this time sending it crashing nearly $10,000.

Musk clarified his stance in a tweet afterward. It stated Tesla would resume selling cars for BTC if miners worked toward being more environmentally friendly.

Despite all the drama that surrounded buying Tesla’s for BTC, the incident did indicate that there is interest from the crypto community in paying for cars with their coin of choice.

Tesla isn’t the only car company to offer payment in cryptocurrency, despite grabbing all the headlines.

Many other companies companies offer consumers the ability to purchase cars on a blockchain. Some have done so for a while.

While most of these are luxury auto showrooms catering to high-end clients, some are taking a more unique approach.

AutoCoinCars is one such company that offers solutions to buyers looking to purchase a car with crypto. While most run-of-the-mill car dealerships do not offer cryptocurrency as an option, AutoCoinCars steps in with the assist.

They serve as an advertising portal via a digital showroom on their website for dealerships they’ve partnered with.

The company also serves as the payment processor and accepts all major cryptocurrencies. AutoCoinCars then pays the dealer in the currency of their choosing.

Another business taking an innovative approach to car sales via crypto is BitCar. The company only accepts BTC as payment and allows for fractional ownership of high-end cars from supercars to luxury cruisers.

This idea of fractional ownership and luxury leading the way is reminiscent of another area of the blockchain that’s been gaining hype, NFTs.

While the NFT craze of 2021 is slowing down, it shows no signs of stopping.

It feels like every week there are multiple noteworthy NFT sales from digital artists, famous celebrities or pro-athletes. Many of these auctions are happening at historic houses such as Christie’s and Sotheby’s.

Automotive enthusiasts have always been clamoring for new ways to show off their appreciation. They are also looking for new rare collectibles to add to their display cases. This makes them the perfect home for NFTs to flourish in.

One of the biggest stories includes a recent Barrett-Jackson Auction. It featured four NFTs commemorating real-world cars it sold for charity back in March.

What makes these cars particularly special is they are all VIN 001 automobiles. Therefore, each of the four cars sold, a Ford Mustang Mach 1, Ram 1500 TRX Launch Edition, and a 2021 Ford Bronco coupe, are all the first to roll off the production line for that model ever.

The NFT auction did not sell the vehicles themselves, but the digital rights to the sales. The winner received the digital packaging of an exclusive video, illustrations, and a trio of still images.

The auction company said that, “It’s a digital piece of automobilia of sorts commemorating the sale of a spectacular VIN 001 vehicle.” The four NFTs sold for more than $60,000 in a matter of minutes.

Another big name to race into the NFT world is rhe Fast and Furious franchise. In the seventh edition of the long-running movie series, a very rare Lykan HyperSport was featured in a scene taking place in Abu Dhabi. The car, along with its NFT was auctioned off in May for $535,000.

Hot Wheels, technically a car manufacturer, also announced their intention of creating an NFT collection. It pays tribute to some of the more classic cars from its long history. Each NFT is a one-of-one and each sold for right around $5,000.

It’s not just the cars themselves that have been transported to the blockchain. So has racing.

With countless racing leagues globally, there are near limitless opportunities for the autosports world to make the most of cryptos.

For example, racing and crypto have teamed up in the form of fan tokens.

Fan tokens are becoming a popular way for hardcore fans to interact with and even influence their favorite sports team.

Tokens are generally purchased through a marketplace and provide a truly interactive experience for buyers. Depending on the specific offer, fan tokens give users access to merchandise, marketing campaigns, and even the ability to vote on real-world team decisions.

Decisions that token holders can vote on are generally along the lines of what color helmet a racer will wear or the name of a new garage purchased by the race team.

Not only do these partnerships offer fan tokens, racing teams will also be offering various NFT art collections for fans to invest in as well.

McLaren, for example, is planning to make the most of its partnership with Tezos and create an NFT fan experience platform.

The platform will list digital art for sale that highlights McLaren’s rich racing history including significant wins and famous drivers. Art, digital trading cards, music, tweets, and memes are all expected to eventually find a home on the platform as well.

Another area in which cryptocurrency and racing are coming together is in sponsorship deals. NASCAR recently announced that a new dogecoin-themed car would be hitting the track.

Driven by Stefan Parsons, the number 99 Doge Chevy Camaro made its debut in the NASCAR Xfinity Series and was so popular leading up the green flag.

Dogecar was even trending on Twitter. Despite the hype, and much like Dogecoin itself, the number 99 crashed pretty hard into the wall early in the race.

The market responded in kind by having a crash of itself with prices falling more than 20% from the previous week.

In what might come as a surprise to many fans of both dogecoin and NASCAR, this was not the first time a car has run with a doge wrap on it.

Back in 2014, in a truly insane series of events, a random Reddit post urged driver Josh Wise to try a dogecoin fundraising campaign.

Somehow Wise caught wind of the post and somehow managed to fund his trip to Talladega through the campaign.

Wise raced for Stefan Parsons father Phil Parsons during that time so racing a doge car has become somewhat of a family tradition for the team owners.

Driving into the future

Cars and crypto compliment each other well and its likely even more projects and innovations will emerge going forward.

Already on the horizon is a car that can mine crypto, and even more ways to pay for cars with coins.

The post Cars for Crypto — How the Automotive Industry Is Getting Involved in Blockchain appeared first on BeInCrypto.