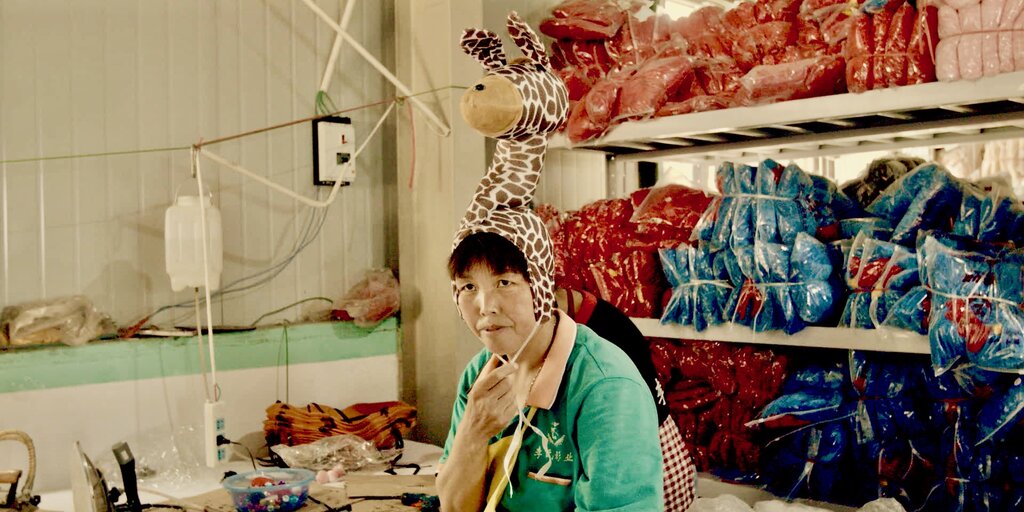 When Xiaowei Wang embarked on the tortuous journey to the mountain village of Guizhou to visit China’s most cutting-edge chicken farm, they weren’t sure what to expect.

Born in China, Wang emigrated to the US as a child and has forged a career as an artist, coder, and writer, as well as the creative director of Logic magazine. In common with many Chinese, Wang, who prefers to be referred to by the pronoun “they,” continued to visit their ancestral home and other Chinese villages.

Recently, they told Decrypt about what turned out to be a rather awkward visit, but one which aptly demonstrates the incongruous nature of the technological boom tearing through China’s countryside.

The episode is now the title of a book, “Blockchain Chicken Farm: And Other Stories of Tech in China’s Countryside,” published last month by FSG Originals and featured by a whole host of publications, from the New York Times to the Guardian and Huck.

Not just another book about blockchain

Blockchain may be front and center in the title, but Wang’s book isn’t expressly about blockchain. Rather, it’s a kind of disquisition on how technology, in general, is transforming rural China at the speed of light—and not always for the good.

China’s countryside is a densely populated terrain, filled with government and big-business funded e-commerce startups, data centers, and small-scale manufacturing, writes Wang. It stands in striking contrast to misconceptions that the technological revolution is exclusively located in urban China.

A tableau of situations, sketches, and even recipes, Blockchain Chicken Farm conveys the shock of recent transformations juxtaposed on an ancient way of life, and the hacker culture that’s emerging, as people modify technology to suit their own needs.

One of the central technologies in this rural revitalization is blockchain; following a number of food safety scares, it’s helping to build trust in food supply chains. That means that compared to most US urbanites, China’s city-dwellers are well versed in blockchain and cryptocurrencies—and the government drive to promote the former, but not the latter, said Wang.

The countryside, however, is a different proposition. “There is a big distinction between those who live in the big cities, and in rural areas,” they said. “Life in the countryside versus a Chinese city—it’s like night and day.”

China has one of the highest rates of income inequality in the world, thanks to the rural-urban income gap. As a result, the incursion of Chinese mega-corporations like Alibaba, JD.Com and NetEase into the food space was welcomed. The tech giants have been busy centralising production and shipping, aided by AI, informatics, blockchain and sensors. They aim to optimize agricultural production, as well as giving concerned and wealthy urbanite consumers the data they now demand about food provenance—at a price.

Wang was interested in how this plays out on the ground, so they took the long and arduous trek to remote and economically deprived Guizhou. There they visited a farm that supplied poultry for “GoGoChicken,” a partnership between the local government and Shanghai-based Lianmo Technology, which develops tech to track the provenance of chickens on a blockchain. These are sold for the princely sum of RMB 300 ($40) on e-commerce platform JD.Com, with the profits distributed between the farmer and 300 other households in the village.

But their visit did not go entirely according to plan. “The county officials [were] really excited to show me how modern their village is, how it’s like really cutting edge,” said Wang, describing the free-range chickens pecking away at choice feed, wearing what looked like QR-code embossed FitBits.

The bracelets tracked the chickens’ moves and location, with instantly viewable data, which customers access via the QR code after they are butchered (they can even see their chicken’s photograph). These new-age chickens are ambassadors for an array of infrastructure, including a proprietary blockchain named Anlink, demonstrating the very latest in supply chain tech.

But then it all became a little embarrassing. “It was actually a really awkward visit… once I started asking people, ‘well, what do you think of blockchain,’ they’re like, ‘why? What are you talking about?’ They thought that I was making fun of them,” recalled Wang.

The farmer told them that he ended up selling 6,000 chickens through the project. His son, who had recently returned from the city and was now employed by the local government, had been responsible for putting it together.

It had seemed like the perfect solution to their problems: lack of a reliable market, low profit margins and buyers who had trouble trusting that the chickens were free-range and worth the asking price. But the future was still uncertain; there had been no repeat order from Lianmo for 6,000 chickens the following year, or assistance in dealing with the complex infrastructure involved in running the blockchain chicken farm. Meanwhile, the farmer’s overheads had increased to account for all the tech.

Wang later discovered that Lianmo, and the other companies involved in the project, had abandoned Guizho because it was simply too remote, but the scheme had continued elsewhere.

“There’s actually a lot of these small tech companies in China who are doing all sorts of piecemeal, fascinating, smaller projects,” they said. “It’s surprising how easy it is to start a small startup in China.”

It’s the larger companies who are making the most waves, with initiatives like the “Taobao villages,” a cottage industry set up by Chinese giant Alibaba and named after its phenomenally successful e-commerce site, which caters to both consumers and small-time merchants. It serves 600 million users, dwarfing the likes of Amazon.

Since the scheme began in 2012, around 3,000 villages have had their local economies almost entirely displaced by businesses serving Taobao, and are now producing everything from Snow White fancy dress costumes to electronic equipment. Even the furthest-flung farmer now knows how to use WeChat for cash transactions, said Wang.

Netease, one of the world’s largest Internet gaming companies, Alibaba, and others, are making big incursions into agriculture too. China’s situation is tricky. Feeding 22% of the global population on just 10% of the world’s arable land is plain difficult, and puts enormous pressure on farmers.

“Blockchain Chicken Farm” describes how the big corporations are aiming to optimize agricultural production; they want to combine it with “Internet thinking,” and are intent on perfecting the art of raising perfect pigs—one of the country’s biggest industries.

Data is fed into Alibaba’s “ET Agricultural Brain,” and the AI provides optimum food, exercise and even music to stop these sensitive creatures from getting stressed.

But China’s pork miracle comes at a cost; it risks homogenizing pigs, and certain breeds may die out, writes Wang.

The scene from the ground, as “Blockchain Chicken Farm” seeks to demonstrate, is always more nuanced. Blockchain, for instance, risks creating more inequality, by making food a commodity instead of a basic human right, Wang warns. Incentive structures other than producing the most for the lowest price are needed, and a way to counteract what could be construed as another kind of colonialism, “because the technical systems are legible only to a select few,” they explained.

Wang believes that whether the technology thrives in China or not will ultimately come down to whether people trust blockchain more than the government, and some of that depends on whether the community can expand and diversify.

China’s rural revitalization is served by dazzling new infrastructure, and entrepreneurial workers encouraged to return to their rural homes after years of struggling in China’s cities. In one small village alone, Wang was told that over 500 young people had returned in just the past year.

These young transplants have helped to ignite a “hustle culture” in the remote countryside regions, where China’s authoritarianism exists alongside less well-defined local rule; where counterfeits replace luxury goods—which are in short supply, and where gaming the system to suit your own needs is common (these practices are known collectively as shanzhai, and the name literally means “mountain stronghold.”)

“[The] amount of creativity or kind of unintentional use [of technology] is just really fascinating to watch, and actually gives me a lot of hope,” said Wang.