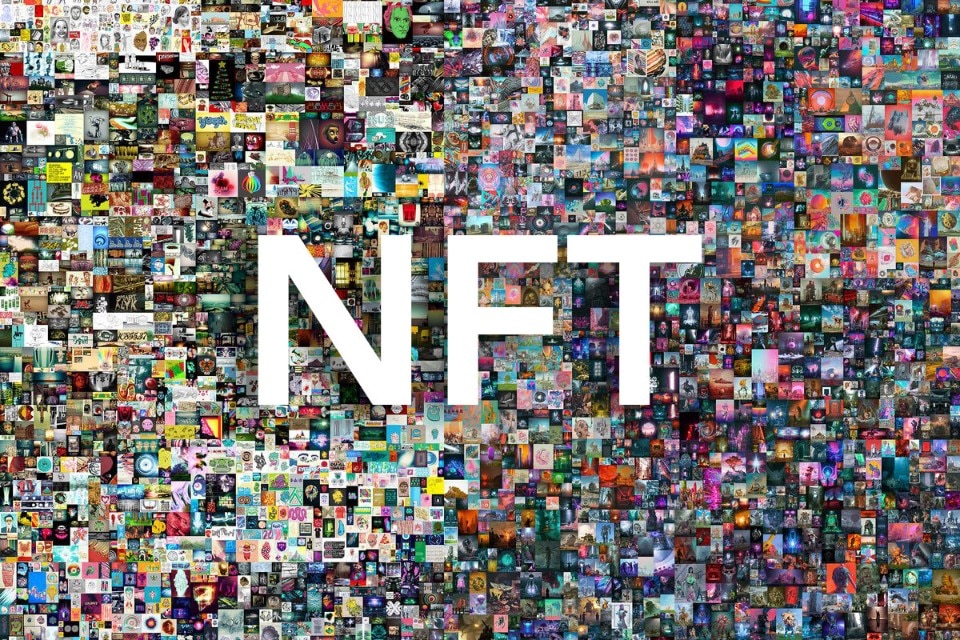 A little less than two months after the NFT boom in the traditional art market, the world’s leading auction houses, Christie’s and Sotheby’s, continue to believe in the disruptive power of the cryptocurrency market by offering more and more NFT auctions.

Christie’s was the first to uncover the NFT “pandora’s box” in March 2021 with the sale of “Everydays: The first 5000 Days” by Mike Winkelmann, better known as Beeple, for more than $69 million, but Sotheby’s was quick to respond.

In April, the auction house debuted in the Crypto Art market in partnership with digital creator Pak and the Nifty Gateway platform, raising $16.8m.

The NFT auction race did not stop, and Christie’s relaunched the evening of 13 May in New York during the Evening Sale dedicated to Contemporary Art with the sale of the “CryptoPunks” lot, a cult series of NFT characters on the ETH blockchain, which was estimated at between $7 and $9 million and then sold for almost $17 million.

Christie’s announced its collaboration with Lady PheOnix, one of the most renowned new media curators, presenting a major NFT sale.

Leading the auction is an NFT work of “historical” value from the Estate of Nam June Paik, one of the fathers of digital artistic innovation, reviving the artist’s seminal work, Global Groove, broadcasted initially on the WNET-Channel 13 in 1974. Paik’s famous piece heralds the age of global connectivity through a hypnotic sonic and visual rhythm, creating an endless loop of ecstatic energy.

The other lots with works chosen by Lady PheOnix present a diverse selection of new media artists whose artistic research spans more than 20 years.

Internationally renowned artist KESH creates an intimate dialogue between experimental music, photography, film, fashion, and sculpture. Tamiko Thiel, a pioneering new media artist, will coin her work on a proof-of-stake blockchain to maintain the values of her artistic practice while respecting the environment.

However, there is also no shortage of better-known names among more traditional collectors, such as Jenny Holzer or Urs Fischer, a sign that creative opportunities for artists are yet to be discovered.

“Natively Digital” is Sotheby’s first curated auction dedicated entirely to NFT works and artists. The sale will be available online on the auction house’s website and will take place between 3 and 10 June.

The auction will include the work “Quantum”, the first-ever NFT, the one coined in 2014 by crypto artist Kevin McCoy and the latest generation of NFTs such as “Meules after Claude Monet” by Matt Kane.

The London auction house also involved Robert Alice, a crypto art pioneer best known for his 2019 work “Portraits of a Mind” and still in progress in selecting lots. A global art project to decentralize BTC’s codebase into 40 fragments, decentralized globally in 15 cities on four continents, from San Francisco to Tokyo.

Not forgetting the “environmental emergency” caused by mining, Sotheby’s is not unprepared, stating in the release that:

“it will also engage in a carbon offset study with Regen Network, a blockchain-based platform, to accurately offset the minting and transaction costs of the sale”.

Bids for the lots for sale start from a base of $100, and collectors have the option to pay in either FIAT money or cryptocurrency (BTC or ETH).

“Natively Digital” – comments Michael Bouhanna, Specialist for Contemporary Art at Sotheby’s – “will be the greatest opportunity to educate our “traditional” audience about the great artists and diverse talents that make up this new space”.

The sale proceeds will be donated in part to the non-profit organizations, Sevens Foundation and Mint Fund, as will Sillytuna, the current owner of “CryptoPunk #7523”, who will donate part of the sale to the CryptoPunk community in support of the fight against Covid.

All that remains is for you to make your bid!