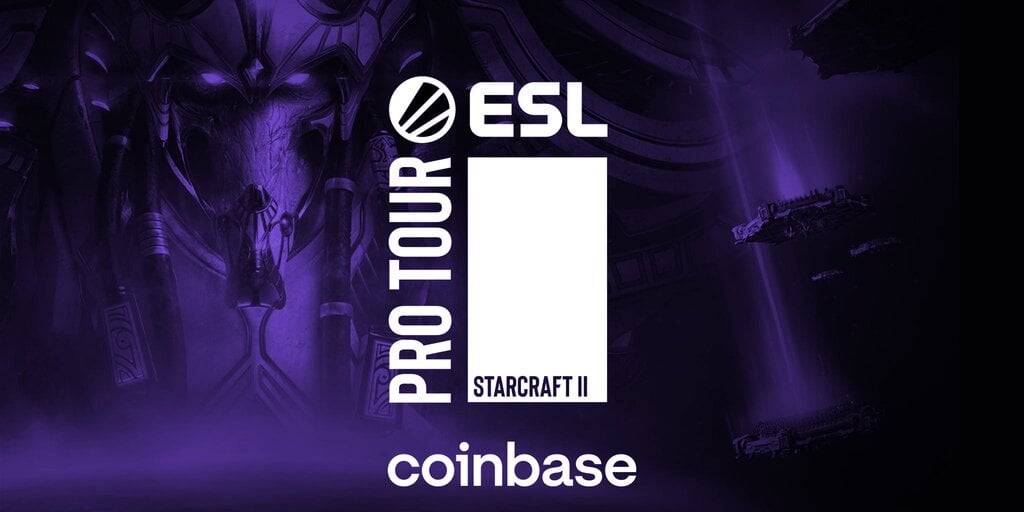 After making first steps into the esports industry with a pair of sponsorship deals this spring, cryptocurrency exchange Coinbase has secured another large, established competitive gaming partner thanks to a new deal with ESL.

Today, ESL announced that Coinbase will be the tournament organizer’s Official Crypto Exchange Partner for the ESL Pro Tour events series for StarCraft II and Warcraft III. The partnership will also include Counter-Strike: Global Offensive (CS:GO) Pro Tour events and run through 2022.

The deal will span broadcast integrations, digital and social media activations, and content creation. According to an ESL release shared with Decrypt by Coinbase, the content and activations will “reinforce why Coinbase should be the gateway to crypto education” for esports fans.

ESL, originally launched as the Electronic Sports League in 2000, is one of the longest-standing tournament organizers in the esports industry and holds an array of live and online competitions across various games. The German firm is attempting to return to live events as pandemic restrictions ease, and a blog post today suggests that “partners such as Coinbase and Shopify” will help ESL take the necessary steps to safely return to in-person competition.

“Within ESL Pro Tour, one of our main focuses has always been to stay forward-thinking to provide long-term stability within the ecosystem for players, commentators, and fans. Coinbase as a partner will help provide the support to realize this goal,” the post reads. “We hope we can work together to educate our fans on the next generation of exchanges while working together for the benefit of StarCraft community members and competitors.”

Coinbase first entered the esports scene this spring by striking separate sponsorship deals with popular American organization Evil Geniuses and German tournament organizer BLAST, a rival to ESL. The BLAST deal was only announced to last through the end of the then-current CS:GO season in June, so Coinbase has shifted gears in signing with ESL this time around.

Esports firms have been a hot target for cryptocurrency exchange sponsorships lately. In early June, decentralized exchange Uniswap announced that it had awarded a $112,500 sponsorship to Team Secret, via a grant through the exchange’s decentralized autonomous organization (DAO) governance voting process. Team Secret will develop educational content about cryptocurrency as part of the agreement.

Just days later, crypto exchange FTX raised the stakes with a 10-year naming rights deal with esports organization Team SoloMid (TSM), which will go by TSM FTX for the next decade. The $210 million deal has a couple notable exceptions, however: TSM cannot use FTX branding during official broadcasts and competitions for the popular games League of Legends and VALORANT, due to cryptocurrency sponsorship restrictions from publisher Riot Games.

Meanwhile, popular esports club FaZe Clan was involved in a very different kind of crypto-related news last week, as the organization dismissed one player and suspended three others for participating in an alleged pump-and-dump cryptocurrency scam. The team denied any involvement in the purported scheme.