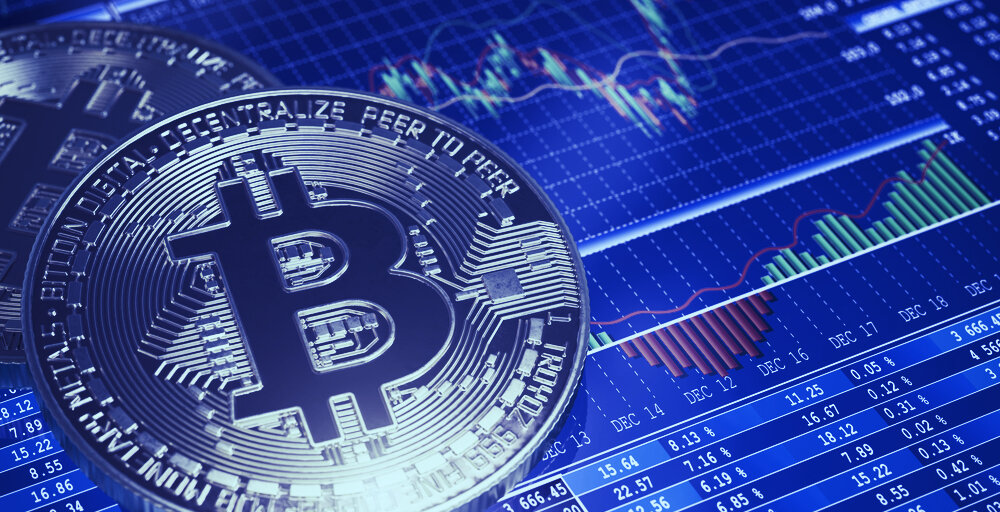 It was a particularly good day across the crypto markets. Total market cap is up a healthy 2.3% taking it over $372 billion. Bitcoin lead the charge with a 3.4% gain, with Monero following with 3.4% rises, Stellar’s continued bull run saw it rise 5.3% in the last day and XRP is also up 3.17%.

What’s got HODLers in such a good mood? It’s difficult to tell, but one theory has to do with Bitcoin’s performance as an asset that doesn’t behave in the same way stocks and or gold does.

While the likes of the S&P and the Dow Jones finished yesterday in the red, as did gold, Bitcoin is trending the other way. “This signals to investors that there is an asset that seems to be more resilient to geopolitical fluctuations like Brexit and the US General Election. It’s made it an attractive proposition,” says a spokesperson from AAX, the world’s first digital asset exchange powered by the London Stock Exchange.

When paired with Bitcoin’s declining volatility, it could be the reason why Bitcoin is having such a good month. Analysts appear to agree.

Bitcoin Has Spent Only Three Months Above Its Current Price

According to Skew data, Bitcoin has only spent 93 days above $11,500 in its entire history. When Bitcoin has been above this point volatility has been high, but with volatility hovering around 1.5%, this is a strong signal that the currency has found a home above $10,000 and is likely to stay there, says the firm. We’ll wait and see.

While HODLers have been rejoicing, Larry Dean Harmon is repenting. Harmon, the creator of Helix and Coin Ninja, two Bitcoin mixing services has been fined $60 million by the Financial Crimes Enforcement Network (FinCEN).

While the US Department of Justice has been suggesting mixers are illegal-as they create a way of concealing illegal activity-FinCEN says mixers are fine as long as they’re registered with the regulatory body. Harmon allegedly didn’t do that.

Harmon is already facing criminal money laundering charges for allegedly helping obscure the source of over $300 million in Bitcoin for AlphaBay darknet patrons from 2014 to 2017.

Filecoin has also had a tough time of late. While the network launched to much fanfare last week, this week allegations of a miners’ revolt have lead to a 25% loss of value of the network’s token.

Filecoin issued a rebuttal yesterday, walking through each allegation in turn, especially the rumour miners have been quitting in droves. Whatever side of the fence you’re on, we’ll keep you covered for this one.

Stock markets have had a similarly mixed start to the week. A big sell-off on US markets took place on Monday as negotiations around America’s long-awaited stimulus bill failed to make progress.

While Nancy Pelosi has set a Tuesday deadline for talks to make headway, confidence is low. Short sellers have been adding to the FUD as earnings season continues to disappoint investors.

IBM was the latest company to post lacklustre earnings, with Procter & Gamble, Lockheed Martin, Netflix and Snap all due to report today.