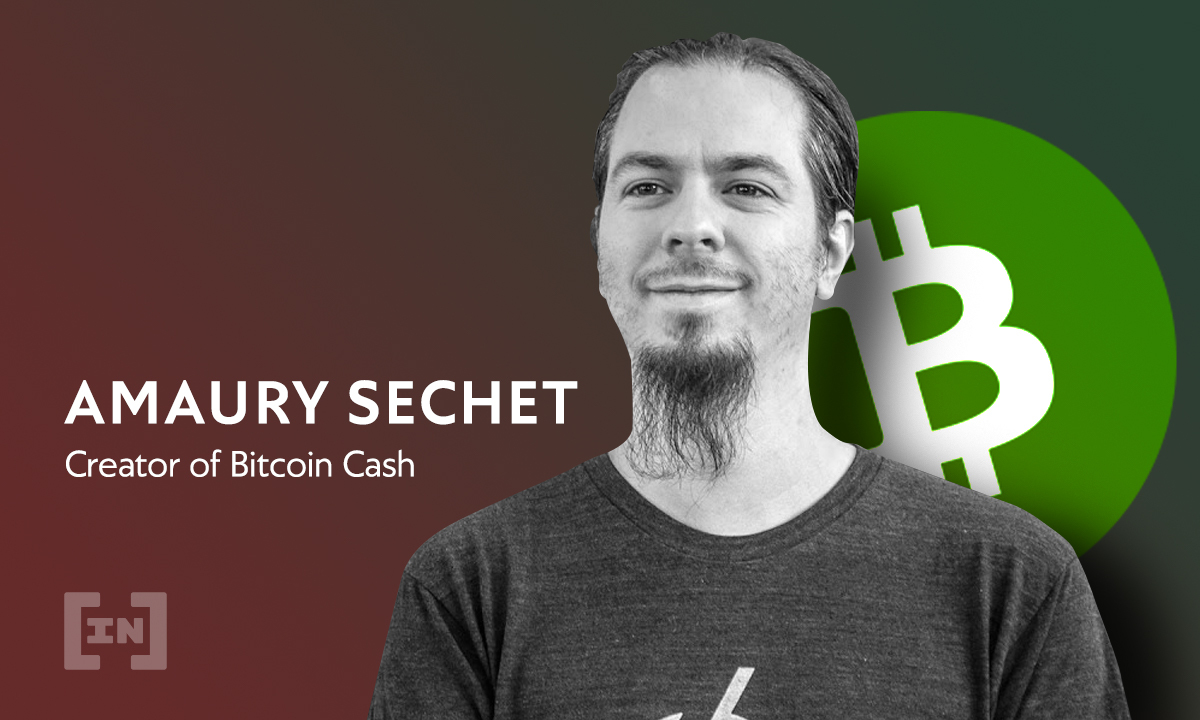 There are people in the blockchain and cryptocurrency industry who are zealous with their ideas and pursue them relentlessly throughout their lives despite popular trends or the prevailing opinion. One such person is Amaury Sechet.

They do not have millions of subscribers on social networks, like Elon Musk, and popularity sometimes simply passes them by (temporarily). However, they still have a greater influence on the development of the cryptocurrency industry than all the prominent influencers combined.

Amaury Sechet, is a BTC pioneer and blockchain developer. He is the man who determined the fate of BTC way back in 2017.

Nowadays, Sechet is building the eCash project, which is a development of BTC ABC. Sechet is just as dedicated to his ideas as he led a development team in dividing BTC and creating the novel BCH cryptocurrency.

The practical experience and knowledge he gained during that process are now helping the eCash team lay the foundations for a new generation of cryptocurrency payments.

Sechet dislikes publicity, and it took a while and some effort to arrange a call with him. This reclusive ex-Facebook engineer who previously helped build the BTC Cash core is only just starting to come out of his shell since he left BTC Cash last year.

Over the past year, he has been writing code virtually non-stop and hasn’t even had time to attend any of the blockchain conferences he is regularly invited to.

Julia Magas: El Salvador became the first country in the world to legalize BTC on par with the national currency – the U.S. dollar. Is this an important development?

Amaury Sechet: It shows how far crypto has come from earlier bull runs in 2013 and even 2017. However, it’s not a major development. The big changes in crypto happen when technology moves by big enough leaps to make regulatory changes irrelevant. What is important this time around is how much people have been paying attention. But this isn’t because of a new law in El Salvador — this is because more people have a baseline understanding of cryptocurrency.

AS: Totalitarian and authoritarian regimes are not rushing to adopt BTC for the same reason that no other governments are rushing to adopt BTC. Cryptocurrency brings transparency and accountability to areas that most legacy power structures would prefer to obscure. The potential shifts in power and influence are not fully understood, so it’s understandable that governments would take their time.

JM: Cryptocurrencies are the embodiment of financial freedom, you said. At the same time, is this the goal of your new project?

However, cryptocurrency is not the whole picture. You also need the tools and ecosystems that can be built on a cryptocurrency, for example, what you see today with DeFi on ETH. On top of that, you need to build a culture that understands and wants financial freedom.

If you can’t do all of these things, then your cryptocurrency will fail. We’ve seen this happen to a lot of cryptocurrencies that seemed big in 2017 but are no longer so impressive. So yes, enabling users to have full financial freedom is the goal of eCash. Cryptocurrencies that do not push forward everything needed for financial freedom will fail. This is why eCash has been designed with careful consideration for the big picture.

JM: Do you think anonymity is what cryptocurrency users need most of all, or is this only one important aspect?

AS: Anonymity is an important part of financial freedom, but I don’t think it’s what cryptocurrency users need most of all. A fixed and auditable supply, for example, is more important than anonymity.

Still, it’s important that anonymity is possible. Users who want to remain anonymous need the appropriate tools. That’s why eCash already supports tools like CashFusion, which can yield anonymity comparable to existing privacy coins. We plan to develop more privacy tools in the future.

AS: I think cryptocurrency is often framed in this kind of simplistic “old vs. new” competition. That’s a limited way of looking at it.

If cryptocurrency is successful, it will not be because cryptocurrencies created better banks. Cryptocurrency will succeed by building systems that are ten times better than banks. They aren’t fighting over the same thing. For example, banks are not in the business of enabling financial freedom. Debt is the exact opposite of this.

So, you could say that there is a kind of struggle between the banking system and cryptocurrency. But the idea that this struggle is competitive is mostly a distraction. Cryptocurrency is a financial revolution. Banks are banks.

After the interview, I thought about what Amaury had said, my impression of him, and what remained outside the scope of this article.

I started wondering how many people in the blockchain and cryptocurrency world are actually moving the industry down the path of Satoshi’s vision, not for the sake of hype, wealth, and money.

Do fame and fortune get in the way of doing it right? Do cryptocurrencies need legalization and regulation? Should BTC be a copy of the dollar, and do we all really need the ability to buy a cup of coffee using cryptocurrencies, or should we expect something more of them?