At the beginning of this year and in the spring, the cryptocurrency Dogecoin reached its new highs and all the attention was directed here. On the wave of this greed, various cryptocurrencies began to emerge, the aim of which was only to rise by thousands of percent and then fall into oblivion again. These cryptocurrencies fell by more than 90% and were at the bottom for a long time, but currently the second round of this mania seems to be beginning.

During this summer, at the top of the bullrun, the “cryptocurrencies” enjoyed great popularity, the aim of which was only to drive people, skyrocket to the price and then fall into oblivion again. The lucky ones were able to earn a hundred times their deposit in a few days. Each coin has two sides, so a few lucky ones seemed to be a bunch of naive, often beginners, who lost their savings. In essence, it was a classic pyramid ponzi scheme, where the only goal and interest of those who bought was to get new people to value their investment.

Many of such cryptocurrencies were frauds, where their creators used various methods, most often so-called rug-pull. The value then dropped to almost zero and was over. Losses caused by such activities amounted to tens of millions of dollars in the summer. But the warning didn’t help, the greed did its thing. 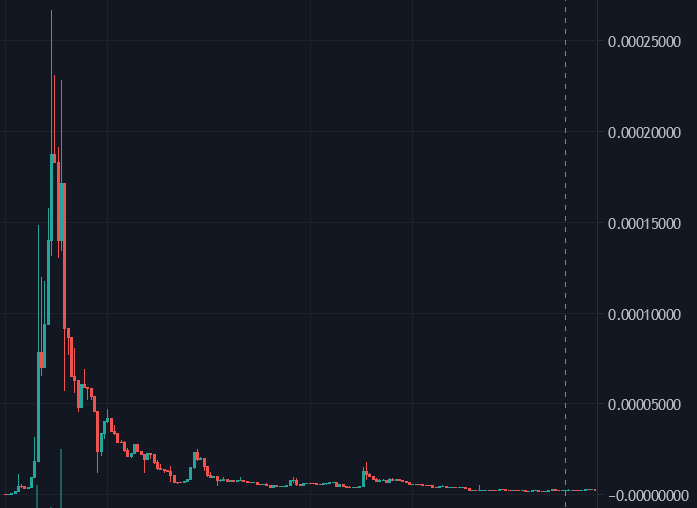 They rose from the dead

Apparently everyone had reckoned that this mania was gone forever. However, the recent rocket growth of Shiba Inu cryptocurrency has caused these pump & dump cryptocurrencies to come to life. Basically, all the larger projects whose community was still alive have begun to rise by hundreds of percent in recent days. Below you can see graphs of just some of them. Basically, they all have the same profile again. 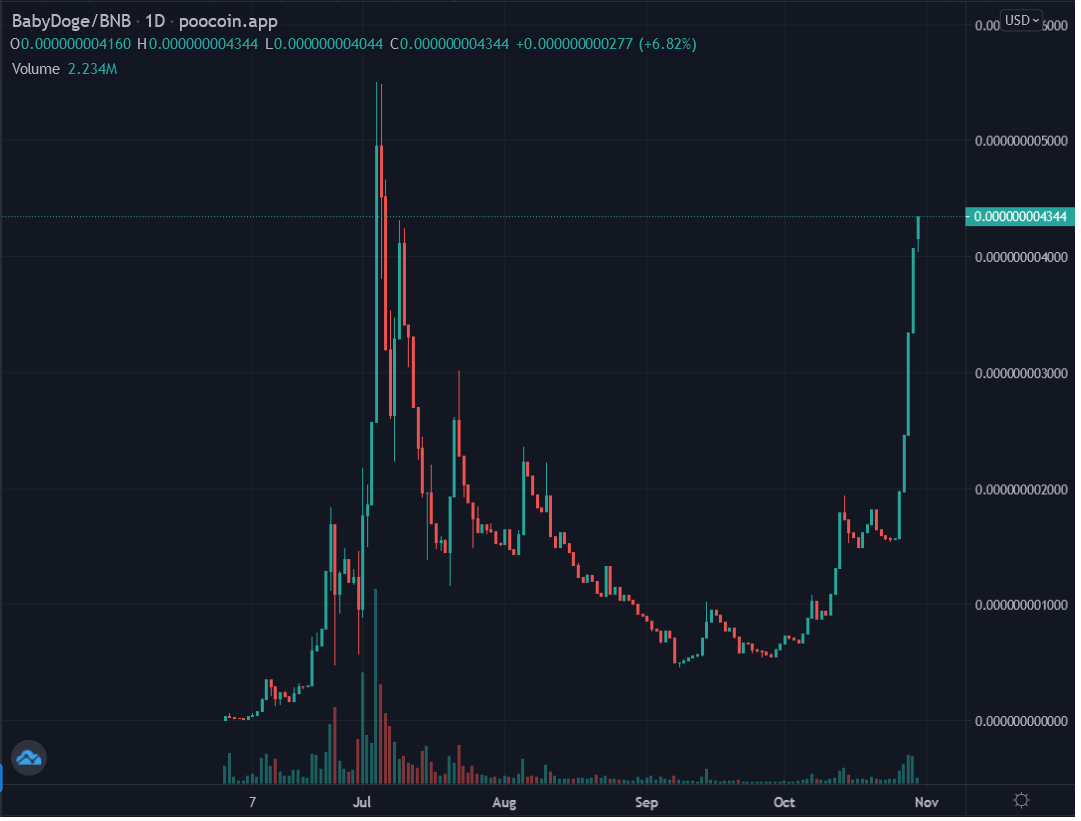 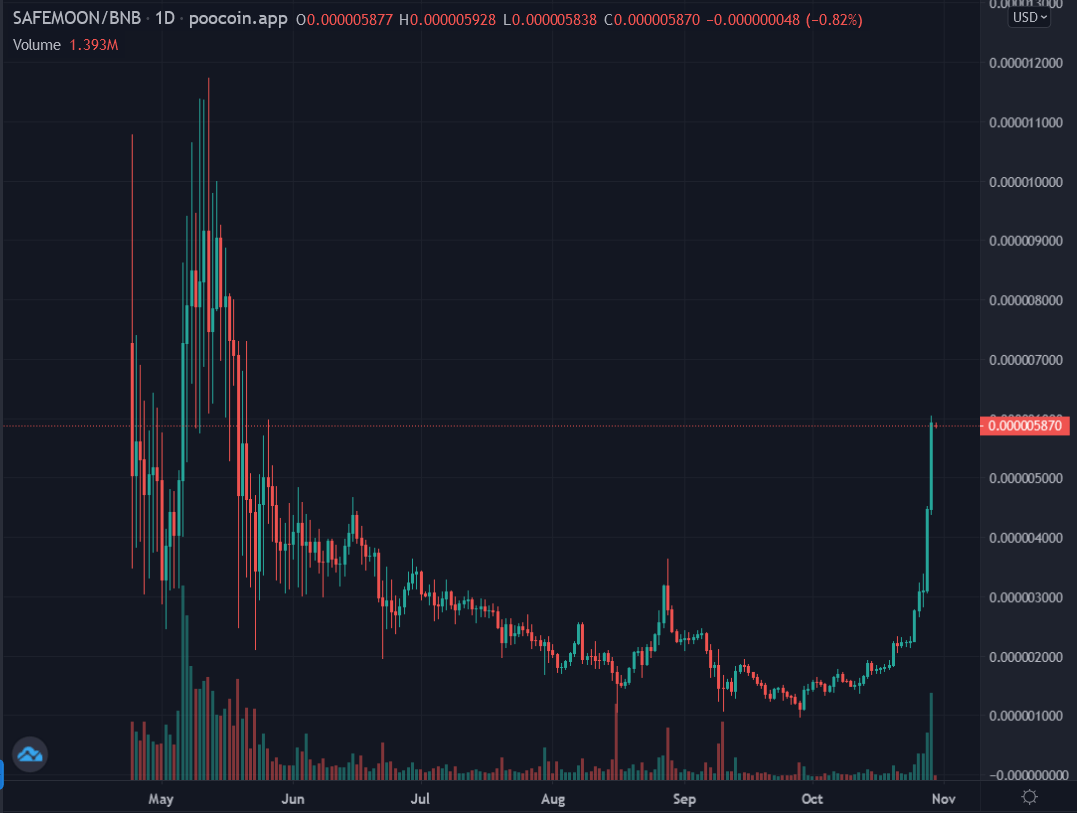 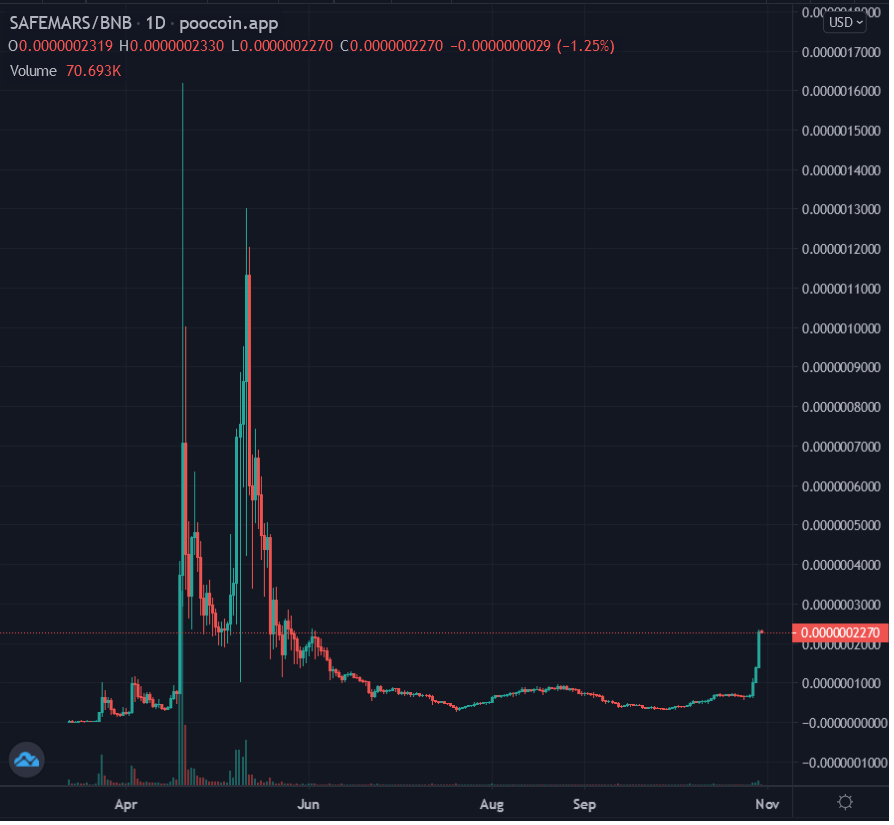 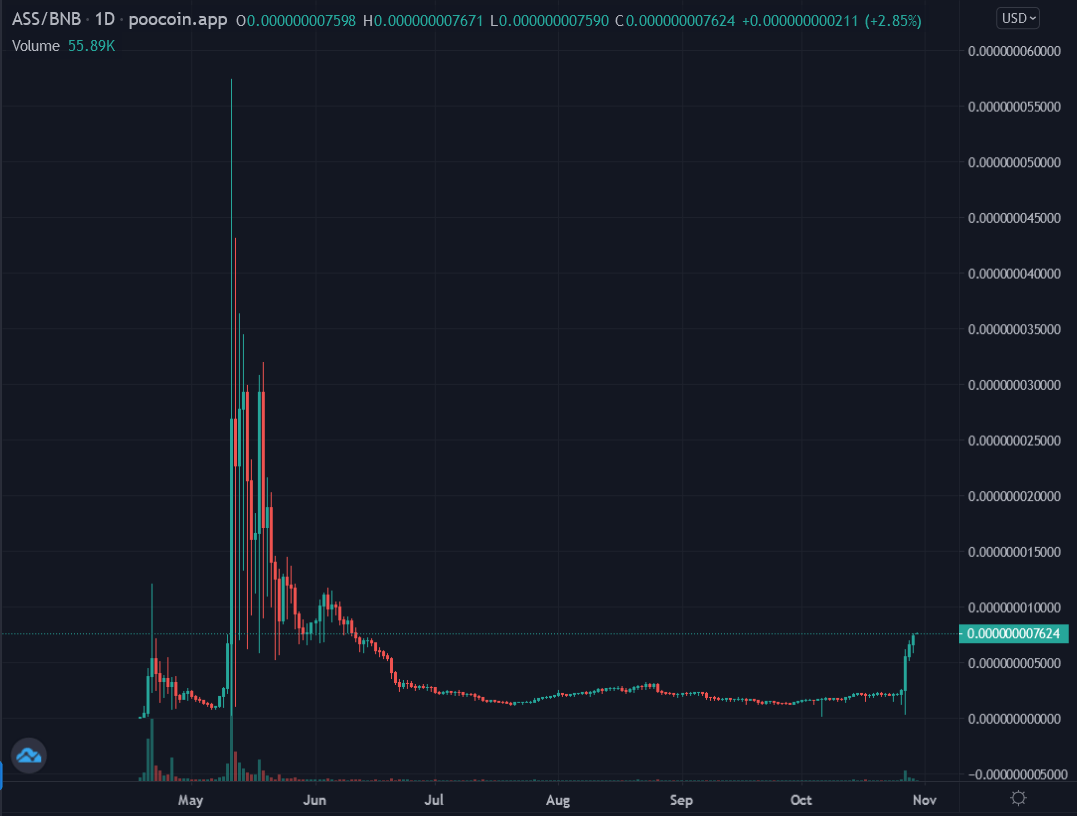 Greed is the strongest element and is easy to control and engulf many people. We saw it in the summer – when basically nothing grew but these projects promised to get rich quick. Currently, it seems that the second round of real greed is beginning. If this is indeed the case – those who buy these days may enjoy large profits in a few days or weeks – or not.

If you already want to choose such risky investments, avoid purely new projects, where there is a risk that this is a fraud committed directly by the creators. Ideally choose such cryptocurrencies that have survived all summer at the bottom, still have active groups (Twitter, Discord, Telegram) and are starting to grow again.