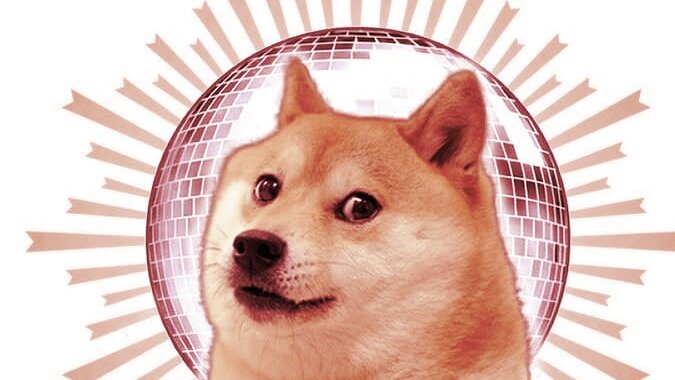 People the world over started partying for Dogecoin yesterday when the ‘Million Doge Disco’ officially started.

The augmented reality mobile game, which looks like a cross between a dance party and Pokemon Go, encourages people to film themselves dancing with animated Shiba Inu’s and go treasure hunting around town to earn various DOGE NFTs, as well as a prize from a pool of a million Dogecoins, worth some $250k.

Prospective partygoers can sign up for a Disco Doge NFT, or ‘Dogeagotchi’, through the Doge Disco website. The Dogeagotchis can earn Dogecoin, spew out daily Doge wisdom, or find NFT artifacts hidden in augmented reality. Like a Tamagotchi, the Dogeagotchi requires constant care and attention from its owner. Well cared for Doges are, theoretically, worth more than those left to starve.

The Doge Disco also comes with a ‘Proof of Party’ (POP) mechanism, which incentivizes users to upload footage of themselves dancing with their Doges to receive Dogecoin from community members.

In a bizarre twist, Canadian PM Justin Trudeau’s half brother is one of the people behind the project. Kyle Kemper, founder of crypto wallet Swiss Key, first unveiled the Million Doge Disco event at Miami’s BTC conference.

How did Dogecoin get here?

Dogecoin exploded in popularity during BTC’s 2020/2021 bull run. The currency was originally created by software programmers Billy Markus and Jackson Palmer to satirize the then-emergent craze of minting altcoins.

A large and vocal celebrity fanbase on Twitter helped pump the price last year, with a single tweet from Tesla CEO Elon Musk pumping the price by as much as 40% in half an hour.

Elon Musk has committed to helping the current DOGE team realize their goal to bring the currency to the world as a green and viable payment option. Fellow billionaire and Dallas Mavericks owner Mark Cuban also strongly backs the coin, and in March this year announced the Mavericks accept Dogecoin for payments via Bitpay.