According to Bukele, the meeting discussed the benefits of adopting Bitcoin (BTC) and what the Salvadoran experiment has been like. The nation was the first in the world to adopt BTC as its official currency in 2021.

Most of the central bankers at the meeting came from Africa, South America and South Asia. These countries include, but are not limited to, Nigeria, Egypt, Nepal, Pakistan, Bangladesh, Kenya, Namibia, Uganda, Rwanda, Paraguay, Angola, Guinea, Madagascar, the Dominican Republic, Haiti, Jordan, Costa Rica, Ecuador and Armenia.

Interestingly, the Central African Republic, the second country to adopt BTC as legal tender, did not send a representative. On the other hand, Eswatini sent more than one representative: his finance minister and the governor of the local central bank.

The topics discussed at the meeting were not revealed, but Bukele put forward some of them on Monday. In addition to the El Salvador experiment, the role of BTC among unbanked citizens was also the topic of the meeting.

“Tomorrow, 32 central banks and 12 financial authorities, totaling 44 countries, will meet in El Salvador to discuss financial inclusion, the digital economy, the banking of the unbanked, the adoption of BTC and its benefits for our country,” he said Bukele.

In addition, the authorities had direct contact with the use of BTC as a currency, including the download of the Chivo wallet. They also got to know the El Zonte region, in particular BTC Beach, and learned how to transact via the Lightning Network.

In fact, most of the countries present at the meeting belong to the poorest side of the world. These are places where currencies suffer from inflation, which especially affects the poorest. At the same time, the population does not have access to banks and, therefore, cannot protect its purchasing power. 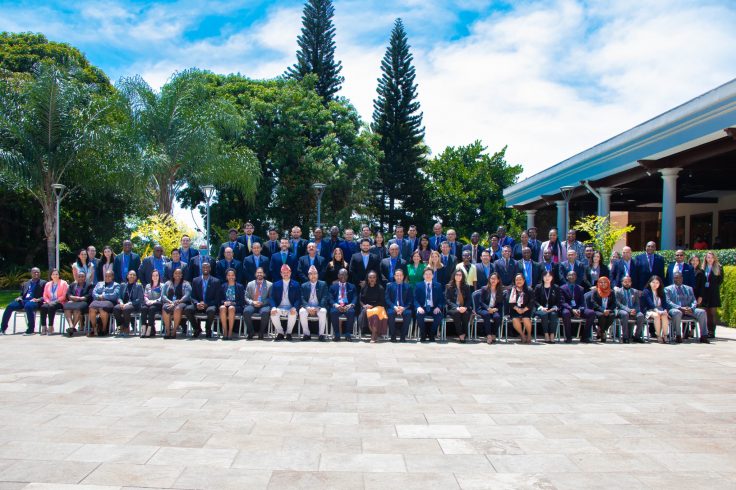 In this sense, the use of BTC increases the number of citizens with access to financial services, protecting their money from inflation, among others. It was for this purpose that the Central African Republic adopted cryptocurrency as its official currency.

According to President Faustin Archange Touadera, the decision “represents a decisive step in opening up new opportunities in the country”.

In some places, however, the use of BTC and other cryptocurrencies does not take place officially, but by the population itself. Countries like Argentina and Venezuela, for example, do not have a policy aimed at stimulating BTC.

However, cryptocurrency is widely used by citizens as an escape mechanism against inflation. In the case of Argentina, the country recently even banned banks from offering services aimed at cryptocurrencies.

In this way, El Salvador’s President hopes that the meeting will serve to make the use of BTC an official policy, integrating countries and their experiences. A future “BTC Union”? Perhaps. After all, coincidentally, 44 were the same number of countries that created the Bretton Woods agreement, changing the global financial order in the 1940s.