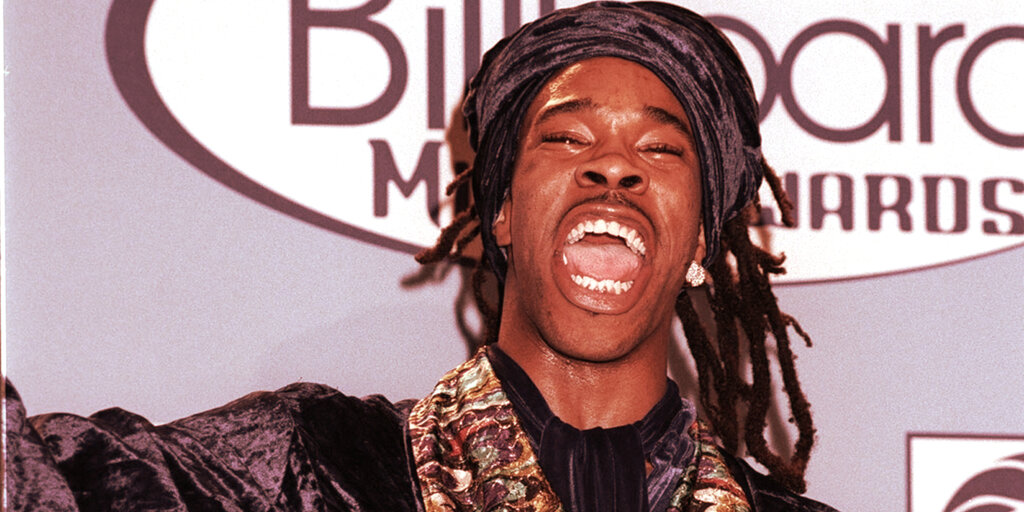 Rapper Busta Rhymes is the latest celebrity to throw his support behind BTC, the leading cryptocurrency by market cap, and he’s crediting a conversation featuring Twitter and Square CEO Jack Dorsey and Tesla and SpaceX CEO Elon Musk for the inspiration.

Busta Rhymes (a.k.a. Trevor Smith Jr.) tweeted this morning that he is “officially holding BTC,” saying that he made the decision “after watching the BTC conference live” featuring Dorsey, Musk, and ARK Invest co-founder, CEO, and CIO Cathie Wood. The conference he’s referring to is The B Word, a streaming event held yesterday by Square, ARK, and venture capital firm Paradigm.

Looking into eth next.

“I’m sold on it,” Busta wrote of BTC. In a follow-up tweet, he added: “When you have brilliant minds coming together through an unfiltered source. I like that. Speaks directly to me. They all are using it and more importantly holding it.”

On July 14, Busta rhymes first tweeted about cryptocurrency, asking followers, “Anyone here into crypto? How y’all feeling about?” He continued tweeting about it through the week, even engaging with boxer Mike Tyson about his own crypto explorations. Dorsey and MicroStrategy CEO Michael Saylor, both prominent BTC backers, responded to him at the time, as did other crypto personalities.

MY BIGGEST TAKEAWAY WAS THIS…..
The way @elonmusk phrased this statement has got me seriously thinking… especially what’s been happening around the world recently.

Today, Busta Rhymes confirmed that he made the leap into BTC. And he might not stop there, even if Dorsey himself is a BTC maximalist. Busta added “Looking into ETH next,” referring to ETH, the second-largest cryptocurrency by market cap.

The panel discussion between Dorsey, Musk, and Wood was the biggest draw of The B Word, a streaming conference and educational resource designed for institutions looking to invest in or develop around BTC. Given Dorsey’s increasing devotion to BTC and Musk’s recent wavering on support for the coin, following Tesla’s decision in May to stop transacting BTC, some wondered whether the talk would turn into a back-and-forth debate.

Instead, the chat stayed civil: Dorsey spoke about the potential for BTC to promote “world peace,” and Wood highlighted the business and investment appeal of the cryptocurrency. Musk provided more detail into why Tesla paused its BTC backing after investing $1.5 billion into the cryptocurrency earlier this year, and suggested that the firm will “most likely” resume transacting BTC following shifts towards renewable energy.

Musk also revealed for the first time that SpaceX holds BTC, joining Tesla and Musk’s own personal holdings of the coin. He also personally holds ETH and Dogecoin—the latter no surprise at all, given his history of sharing Dogecoin memes, working with Dogecoin developers, and calling himself “The Dogefather.”