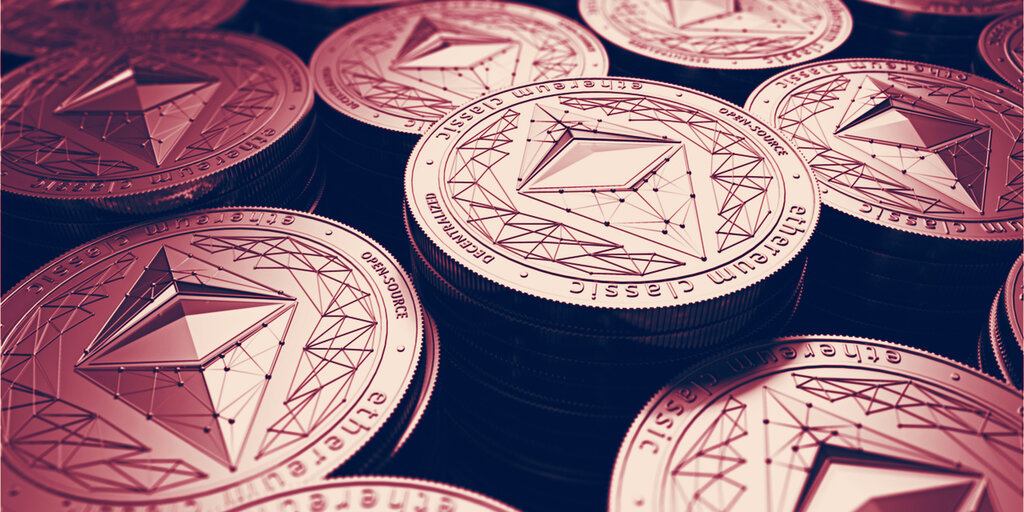 While the global market capitalization of cryptocurrencies took a 0.22% hit today, ETH Classic (ETC) has come out on top, surging 12.23% to reach an all-time high price of $44.80.

ETH Classic is the original version of ETH. ETH, the more popular blockchain, forked from ETH Classic in 2016. It all started with something called The DAO.

DAO stands for “Decentralized Autonomous Organisation”. A DAO essentially mimics the governance of a shareholder-run company on the ETH blockchain. DAOs run on smart contracts—self-enforcing digital financial contracts—and those who hold the bulk of the coins call the shots.

There are tons of DAOs now—they’re a fixture of decentralized governance—but the original one was launched in April 2016 on ETH.

It had raised $150 million, but an attacker, or group of attackers, swiftly managed to steal $55 million by exploiting a flaw in one of its smart contracts.

The DAO hack was a seminal moment in blockchain history for two reasons. First, such a huge hack presented an existential threat to ETH, since $55 million was virtually all of ETH’s market cap at the time. Second, it resulted in the hard fork that birthed the highly successful ETH blockchain.

The network we know as ETH today voted to erase the illicit transactions from the blockchain. Another group of people wanted the illegal transactions to remain on the blockchain—mistakes are mistakes. ETH Classic was the prong that kept the transactions, while ETH erased them.

Things got harder for the ETH Classic blockchain when it suffered a 51% attack earlier this year.

It sounds like the antagonist of a B-movie sci-fi horror, but the dreaded 51% refers to the amount of computing power needed to corrupt a blockchain and re-organise its blocks to steal money from it.

If a single entity can control over 51% of the computing power that backs the blockchain, they can run riot and corrupt the ledger.

That’s because blockchains are supposed to be decentralized ledgers. Transactions are not validated by a single entity that commands a single copy of a ledger. Instead, the ledger is simultaneously hosted on multiple computers, who all work in tandem to validate transactions. Own too much of the computer power, and the whole thing falls apart.

In August last year, hackers managed to commandeer more than half the computing power of the ETH Classic network, not once, not twice, but three times before the month was out.

This did little to harm its price. The currency remained a stable $6 to $8 a token throughout the entire month, only taking minor hits after each attack.

So it seems the attack of the 51% isn’t the end of the world. ETH creator Vitalik Buterin would agree:

We need to get past the myth that it's *fatal* if one entity gets enough to 51% attack PoS. The reality is they could attack *once*, and then they either get slashed or (if censorship attack) soft-forked away and inactivity-leaked, and they lose their coins so can't attack again. https://t.co/utash1hUDU

As would the market. In spite of multiple hacks threatening the very existence of ETH Classic, today the coin reached an all-time high from its humble place as the thirty-fifth biggest cryptocurrency by market capitalization.