The picture on the crypto market is mixed. However, Solana continues to benefit from ETH’s problems on the fee front.

The markets are slowly leveling off again and many people wonder where the journey is going. The omens on this Friday, September 10th, are positive.

If you look at the altcoins, the picture is mixed. While about Binance Coin (BNB) was able to make up ground recently and is up 3.5 percent, Solana has lost a little exceptionally. The shooting star among the altcoins will have to take profits on Friday today and is 7.4 percent in the red. No wonder, because on a weekly basis Solana was able to cheat the general bear trend and noted – measured over seven days – still a remarkable 49 percent plus. And not only that: instead of taking the disorderly retreat like BTC and the like, the ETH competitor was even able to bring a new all-time high on the streets yesterday, Thursday.

The fact that Solana has been putting one high after the other on paper for some time is probably due not least to the inability of his competition. ETH, for example, doesn’t seem to be able to cope with the onslaught of NFT and DeFi enthusiasts. After all, the fees for the smart contract platform are back in orbit recently. On average, it costs around 10 US dollars to carry out a standard ETH transfer; the median gas price was around 150 gwei at the time of going to press. 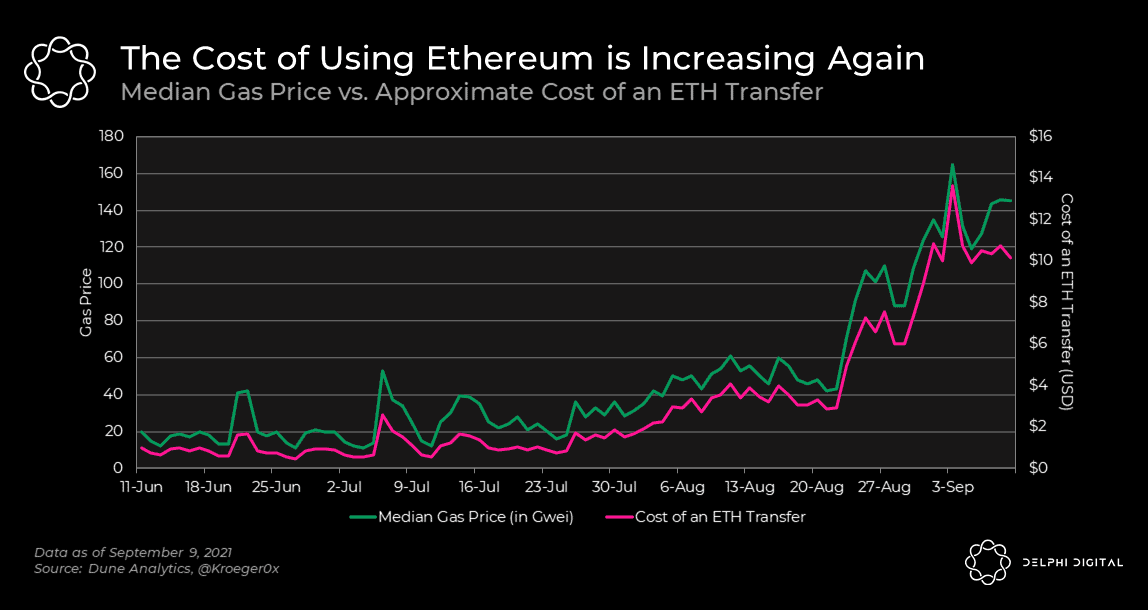 However, and you have to be fair, ETH is still undoubtedly the most widely used smart contract platform these days. At 153.33 billion US dollars, the “total value locked”, ie the accumulated sum of the assets secured in DeFi protocols, exceeds that of Solana many times over. Solana brings it to a stupid nine billion US dollars compared. It is therefore not surprising that the fees are lower when the occupancy rate is lower.