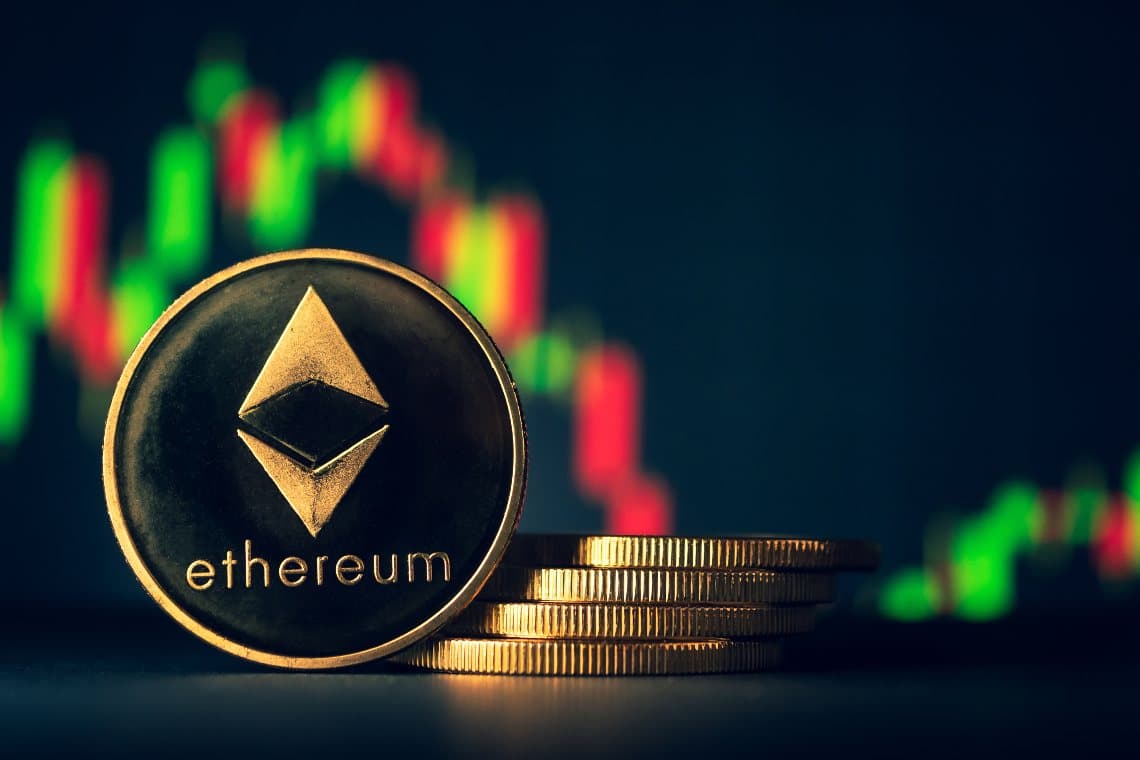 Today ETH drops 5% in the last 24 hours due to profit-taking, after setting a new all-time high yesterday.

The first seven days of April recorded DEX trades in line with last quarter’s volumes: despite the increase in the price of ETH over the last few days, the cost of gas has risen again, despite managing to stay at much lower prices than the peaks reached in February.

Following the day of new records, profit-taking prevailed today, causing the total capitalization to fall by about 100 billion dollars, which came close to 2,000 billion dollars for the first time.

After the strong rises that have characterized the flight of the prices in recent days, Filecoin (FIL) and Crypto.com (CRO) are leading the plunge with losses of over 10% for both.

However, this is a fairly controlled bearish movement and indeed, despite the red wave, there are no painful losses.

On the opposite side, among the few in green, OMG Network (OMG), ETH Classic (ETC) and Vechain Thor (VET) have managed to gain over 20%.

After yesterday’s sharp jump upwards for XRP which, after more than three years, revisited the $1.10 mark, the price today dived back under the dollar looking for support to absorb the excess rise and create the basis for climbing back above the psychological threshold of the dollar. 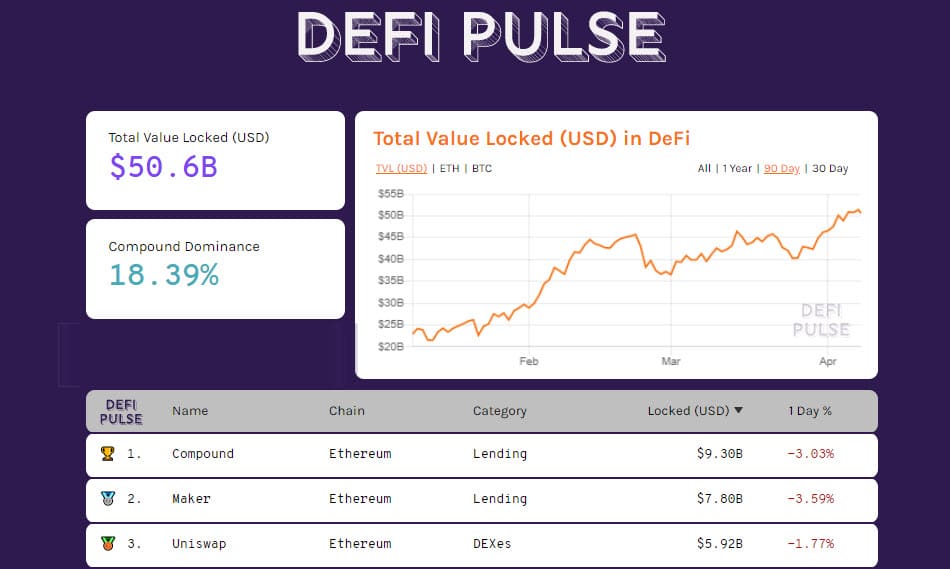 Half a step backwards for the total value locked in DeFi projects, which returns to $50 billion. The value of collateral deposited in decentralized finance has doubled since the end of January.

After a few months, the Compound project is back in first place at almost $10 billion, the highest level ever for a DeFi project. This is followed by Maker at $7.8 billion and Uniswap’s DEX at almost $6 billion.

Despite the drop in the price, which in the last few hours has fallen below 56,000 USD, the lowest level since the end of March, the medium to long term trend is still holding strong. We will have to wait for more evidence to confirm the hypothesis of the start of a new monthly cycle, as instead demonstrated by ETH with its climb in recent days.

It is necessary to regain the threshold of 57,000 USD, a level that coincides with 75% of the Fibonacci retracement that takes as reference the minimums of late February and the highs of mid-March, to give an official confirmation of the strength of the uptrend.

In the case of a continuation of the bearish trend in the coming days, it is necessary not to go below the lows of late March in the 50,000 USD area in order not to undermine the confidence accumulated in these days of glory for the altcoin.

After leading the uptrends and ushering in the new season for the alts, the price of ETH drops and is once again testing the psychological threshold of 2,000 USD, former resistance which has now become support that will have to withstand any bearishness currently caused by profit-taking.

The rise of the last week has made official the beginning of the new monthly cycle and probably also of the new quarterly one. The next days of the week will be important to obtain the confirmations of the holding of the supports of medium and long period.

It will be necessary not to go back below 1,600 USD to undo the excellent work done since the beginning of the year. From the current price levels, there is a margin of movement of around 20%.

The post ETH: price drops 5% after record highs appeared first on The Cryptonomist. 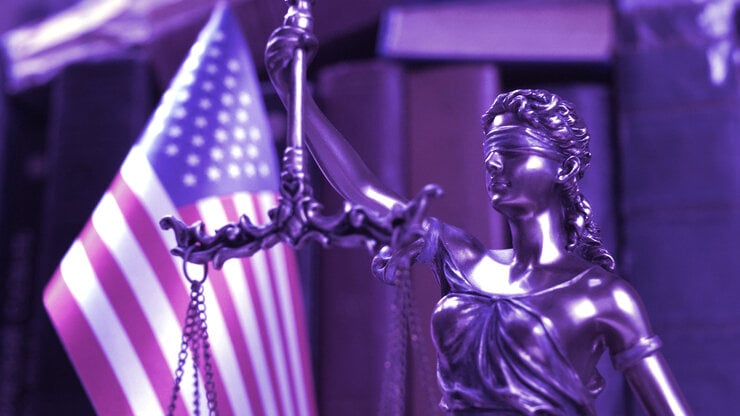