For several analysts, the ETH price is expected to rebound to the $4k level, something that has not happened since December 12. In this sense, two analysts indicate which are the biggest price resistances and what ETH should do to break them.

The first analyst is Michaël van de Poppe, who points out two major resistances in the ETH price. At the moment, the cryptocurrency is in the region of the first, whose first level is $3,200.

To break the first resistance, ETH needs an additional 15% appreciation, that is, to reach $3,500. Then ETH should reach the next resistance level, located between $4k and $4,2k.

If that happens, ETH could experience a 30% appreciation against its current price.

However, van de Poppe is not so optimistic about ETH’s success in breaking through such resistance. For the analyst, the cryptocurrency is more likely to seek the next supports, located between $2,000 and $2,300.

“ETH, like BTC, rejected new highs on the weekly block and heavy resistance zone, ending in a red candlestick for the week. With uncertainty looming for the next week, I expect more support tests.”

While van de Poppe has a more pessimistic view, the user who goes by the pseudonym “Phoenix” goes the opposite way. In his view, ETH has assumed a short-term bullish pattern at current levels.

As such, ETH should look for the first bullish level at $3,640, which gives it a 14.25% appreciation against the current price. The final resistance of the Phoenix model is at $4,027. 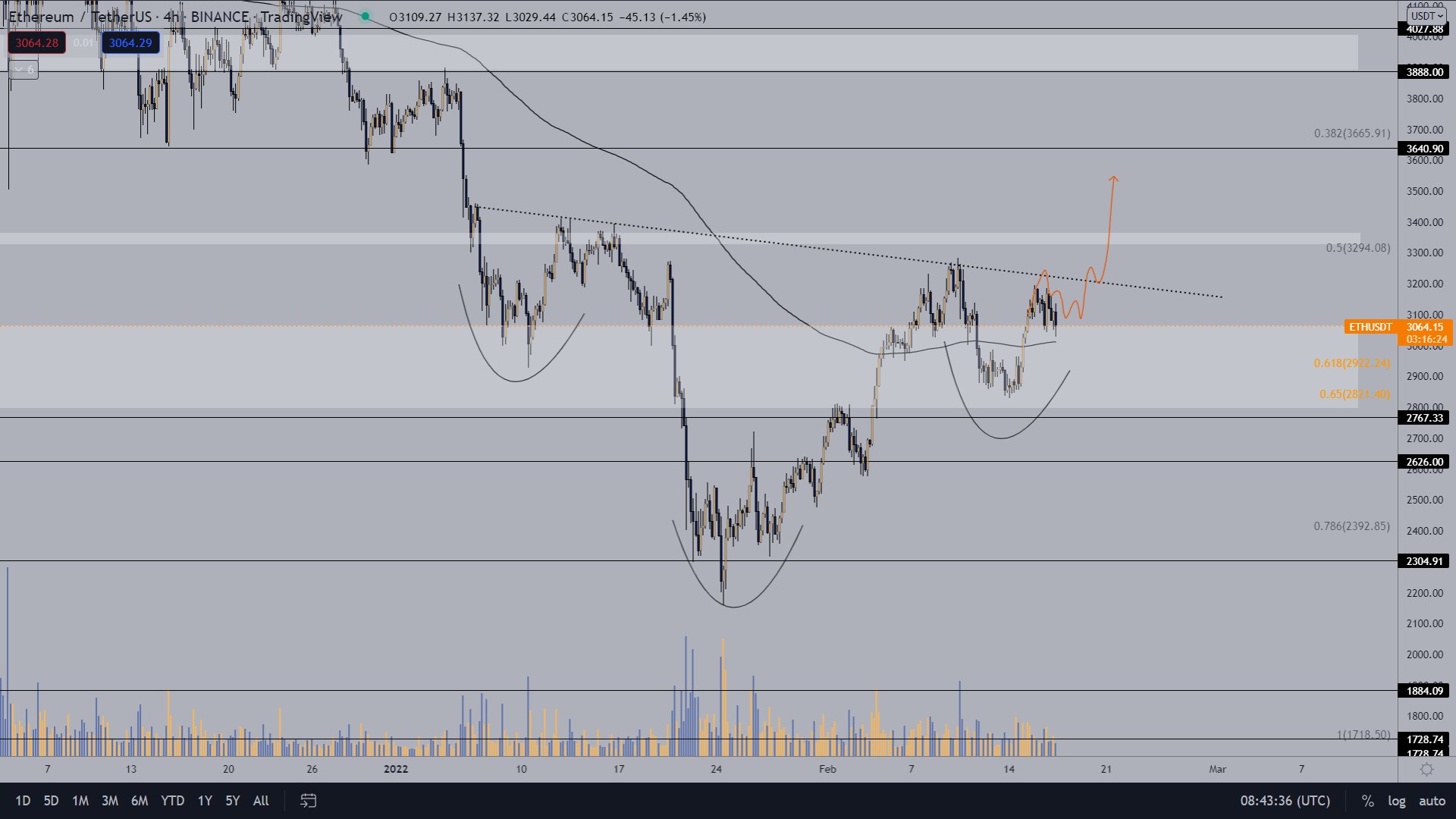