Just in the last 24 hours, the total amount blocked in Fantom has already risen by more than 8.8%. In the last 7 days, the growth is over 30%, thus surpassing all of its main competitors.

Above Fantom is Avalanche (AVAX), the 5th largest protocol with a TVL of $12.2 billion. 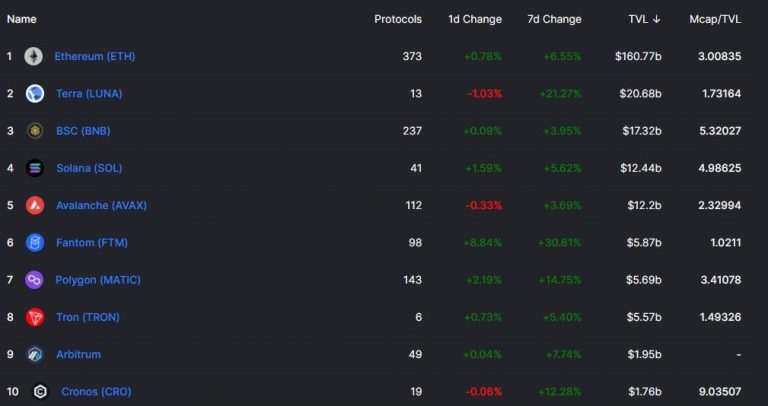 Within the Fantom protocol, the project focused on Web3, Multichain (MULTI), is the most popular

The project has $2.24 billion in blocked value and is therefore responsible for more than 38% of Fantom’s TVL.

Next comes the SpookySwap (BOO) project with a $1.04 billion TVL, and in third place is Tomb Finance (TOMB) with $1.03 billion blocked.

The growth of the Fantom protocol as a DeFi platform follows the appreciation of the native FTM token.

In the last 7 days, the price of the cryptoasset jumped more than 70%, double the value of MATIC. 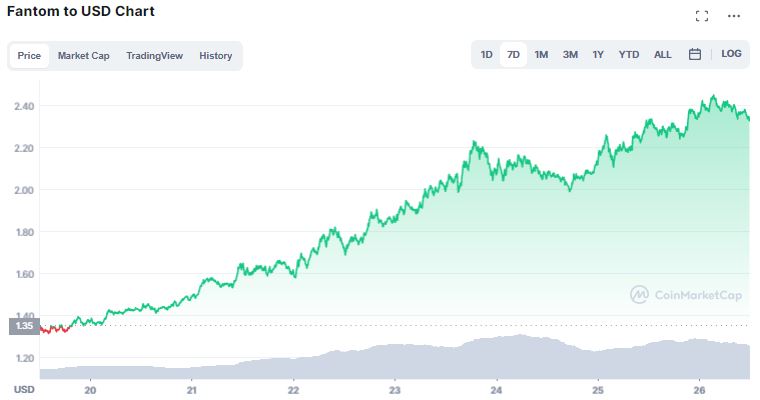 Meanwhile, the project’s market value is also on the rise, at $5.9 billion. This market value places the FTM token in 33rd place in the CoinMarketCap ranking.

According to the cryptocurrency analyst known as Vikram, the price of FTM shows an increase in demand in the market. However, the streak of bullish candlesticks on the chart increases the chances of a sharp and sudden correction.

“Also, the next prominent supply area at $2.60 could result in a sudden drop. And if the price manages to break above it, the next target level waits at $3,” he added.

Thus, if the projection materializes, FTM will register a new appreciation of almost 30% in relation to the current price.