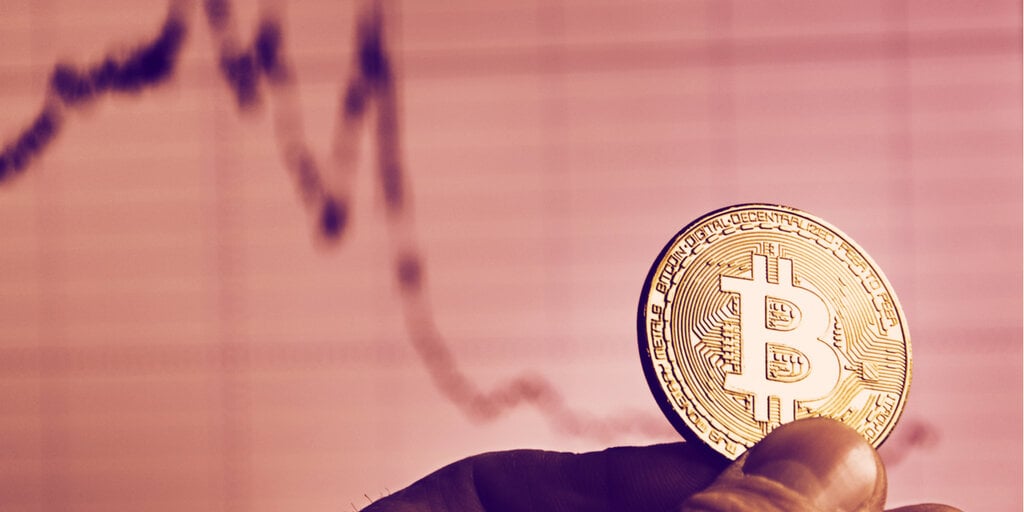 Total crypto market cap took a bath overnight, dropping 4% to $1.49 trillion. Interestingly, the value of crypto assets has been slipping against the value of gold over the last few days to 20.17% – down from 21.9%.

The big caps took the brunt of the slump, with Bitcoin down 4.2% and Ethereum down 5.5%. For BTC, that’s a significant pull back that puts its total market cap back into the $800 billion range for the first time in a week.

In the mid caps (projects valued between $10-$40 billion) it was a similar story: Cardano down 3.9%, Litecoin and Binance Coin both down 7% and Polkadot and Chainlink taking 9% hits a piece.

What’s causing the retreat? Well, there are always theories – one which we’ll explore in an upcoming long-read is Bitcoin’s cyclical price patterns, especially how it coincides with Plan B’s now infamous stock-to-flow model.

But in this instance, cryptocurrencies have been caught up in broader market trends.

Yesterday, the US Federal Reserve – arguably the back bone of global financial markets – decided it wasn’t going to change its current monetary policy to offset rising yield and interest rates.

“Today we’re still a long way from our goals of maximum employment and inflation averaging 2% over time,” Powell said, indicating the Fed wouldn’t try to depress yields by buying even more Treasury notes than it already does. In fact, the Fed is looking for inflation to rise to a benchmark of 2%, to help stimulate the economy.

Sidenote: inflation in this case is the slow increase in the amount of money in the system, paired with a gentle decrease in the value of that money. The Fed wants gentle inflation because it incentivises borrowing and lending, as borrowers pay back a slightly devalued debt, but gives lenders more dollars to dish out.

It also helps cushion the burden of America’s ballooning national debt as it makes the real value of that debt less over time.

“The Federal Reserve’s insistence that it believes these inflation moves are transitory was not enough to arrest a further spike in bond yields, as investors fretted that there were no plans to control the longer end of the yield curve,” Richard Hunter, head of markets at Interactive Investor told Yahoo! Finance.

“At the same time, the perceived threat of higher interest rates arriving earlier than expected washed through to the shares which could be most obviously affected by the resultant slowing of profits.”

What’s happening in the markets right now is growth stocks, which cryptocurrencies have been lumped into, are taking a beating as investors move their money out of these assets into value stocks – companies with artificially low valuations thanks to COVID.

More broadly there’s a decline in the amount of new money coming into these markets because of the fear over interest rates and bond yields. Global crypto volume was down 4% as investors look to tighten the purse strings in what is expected to be a turbulent spring for markets.