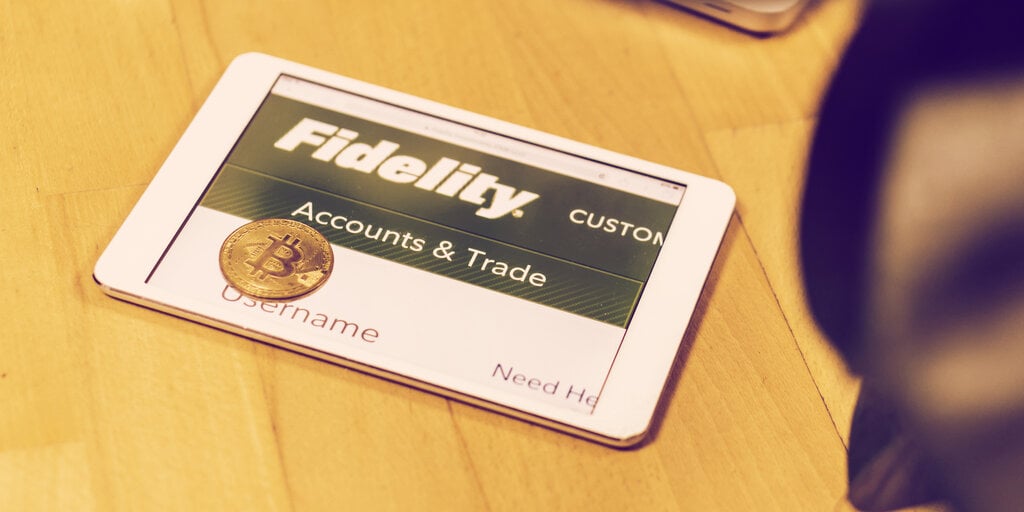 Despite—or rather thanks to, paradoxically—the global economic woes caused by the coronavirus pandemic, Bitcoin and other cryptocurrencies are seeing a large push towards adoption from institutional investors, said Christine Sandler, head of sales and marketing at Fidelity Digital Assets.

Fidelity is not a newcomer in the cryptosphere. In fact, the company began studying decentralized ledger technology as far back as 2013–2014, according to Sandler. At the time, the company wanted to pivot its broader perspective and experience in the traditional finance sectors to help unite the two worlds.

“We realized that there were a number of frictions that institutions faced in terms of safe storage of those assets, trading those assets, and there was a lack of overall infrastructure. And I think that contributed to our decision to build institutional services and products,” said Sandler, speaking during the latest episode of the Unchained podcast.

Historically, Fidelity had clients such as retail investors, high net worth individuals, family offices, registered investment advisors, hedge and endowment funds, allowing the company to bring new offerings to customers that were unfamiliar with them and ease some onboarding friction.

A great year for Bitcoin

However, it wasn’t until 2020 when a big shift toward institutional investments in Bitcoin occurred. Among the main contributing factors, Sandler cited the coronavirus pandemic, a shift toward a more “productive” approach to regulation displayed by organizations such as the US Securities and Exchange Commission (SEC) and Office of the Comptroller of the Currency, and Bitcoin endorsements from famous established finance companies and personalities.

Why Is Bitcoin Price Rising? Here Are 5 Key Reasons

“What we did see in 2020 was a broader adoption of that ‘digital gold’ narrative, it began to resonate with other pockets of institutional investors, namely hedge funds, ultra-high net worth individuals and subsequently family offices,” said Sandler, adding, “So we saw a broadening of the base in terms of the types of clients that we were seeing engaging with the ecosystem.”

According to Fidelity’s surveys, institutional investors showed “some interest” in Bitcoin in 2018 which somewhat increased in 2019. However, it was the tumultuous 2020 that became the defining year and a “watershed moment” for institutional adoption of Bitcoin, Sandler noted.

A Bitcoin ETF would be “fantastic”

In August, Fidelity Investments president Peter Jubber announced the company’s plans to launch a Bitcoin index fund. With a minimum entry level of $100,000, this offering will also be geared toward institutions and accredited investors that can’t get exposure to Bitcoin directly for some reason, said Sandler.

New Bitcoin Index Fund the Next Step for Fidelity

While Sandler said that the fund will be launched “fairly soon,” she did not provide any concrete dates. At the same time, it is “unlikely” that Fidelity would offer its clients Bitcoin futures service—at least in the near term.

“We’re not a huge futures shop as an organization. It’s not outside the realm of possibility, but it’s not on the near-term roadmap. Clearly, we have seen a trend where a lot of investors, particularly on the hedge fund side, have looked at futures as an on-ramp or on-train to this asset class, can’t deny that. The growth in open interest is absolutely underscoring a broader institutional narrative as well,” she said.

From “bitcoin is wasteful” to “bitcoin is too volatile to be a store of value,” our Director of Research @riabhutoria dispels the most common bitcoin misconceptions.

Touching on Bitcoin exchange-traded funds (ETFs)—an initiative that was proposed several times by various companies and repeatedly shut down by the SEC—Sandler said that it would be “fantastic.” Such funds, when or if they are launched, would offer traditional investors almost instant access to Bitcoin and would probably see high demand.

However, it looks like institutional love for Bitcoin hasn’t rubbed off on altcoins such as Ethereum yet. Despite the recent launch of Ethereum 2.0, Sandler said that while Fidelity’s clients show interest and seek access to Ethereum “on occasion,” the predominant institutional narrative is still focused mostly on Bitcoin.

“I think that this ‘digital gold’ narrative, which is the prevailing investment theme, has really resonated with the more traditional side, and that’s the client that Fidelity Digital Assets is engaging with most frequently,” she noted.

Sandler added that the broader set of use cases held by Ethereum or its array of decentralized finance platforms are still not enticing enough to sway the firm’s clients from Bitcoin today.

However, support for Ethereum is “definitely on the roadmap” at Fidelity Digital Assets, Sandler said—but provided no approximate date for it. Likewise, as the new proof-of-stake consensus algorithm is one of the major features of Ethereum 2.0, Fidelity plans to add support for the corresponding services in the future.

“I think to be a digital asset custodian, […] you definitely have to offer staking services,” Sandler explained. “I would expect us to build up those services once we can support Ethereum. To be quite candid, most of what we hear is ‘Bitcoin’,” she said.

CBDCs are not that far away

Speaking about the future, Sandler said that traditional financial institutions are also actively catching up to the emerging crypto industry, and we will likely see initiatives such as central bank digital currencies (CBDCs) come to fruition in the next couple of years.

“I think we will see [CBDCs] in at least the near-term, in a couple of years we will see viable central bank digital currencies,” Sandler said. “And the reason I think that we will see them is that I think the ecosystem is growing so quickly, particularly when you think about use cases for the tokenization of real-world assets and leveraging things like smart contracts.”

“I don’t think it’s outside of the realm of possibility that you would use a digital dollar or a central bank digital currency to interact with that ecosystem. I think they’ll exist side by side with traditional fiat currencies,” she added.

Given the pace at which cryptocurrencies are being adopted, Fidelity might even open its services to retail investors at some point, Sandler said, adding, “We think about it all the time.”