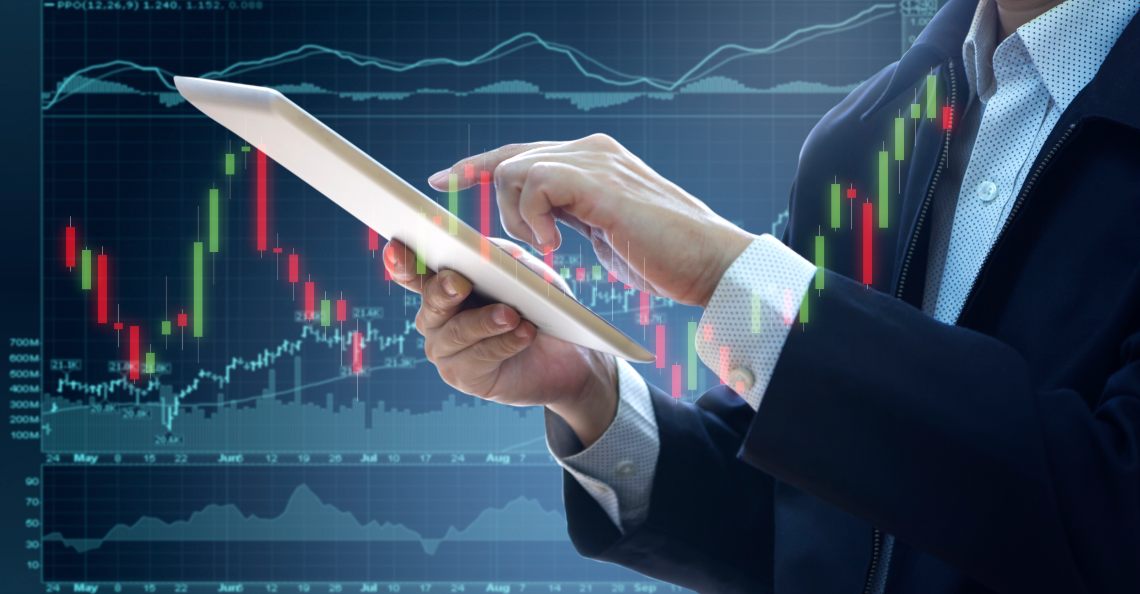 This Friday starts with a clear prevalence of negative signs, with 85% of cryptocurrencies below par, except for the price of Filecoin (FIL) which sees a triple-digit rise.

The week ends with a swinging trend. It began with a strong jump upwards but then deflated in the following days. On most of the days, the majority of the openings were red signs with rises in the second part of the day. This is also happening today.

It was a positive week for the top 15, dominated by positive balances. Bitcoin gains 4% from last Friday’s levels, Ethereum does better, +5.5%. The best is Chainlink (LINK) +15%, followed by Cardano (ADA), +8%.

Best of all is Monero (XMR) which rises over 15%, confirming the positive trend already highlighted in recent weeks.

Monero is clearly distinguishing itself among privacy coins. In the last month, it has gained about 40%, while since the beginning of the year it has gained 170%, definitely more than Bitcoin, which however gains 55%, a respectable percentage, but Monero does three times better.

Remaining in the privacy coin area, the other two that protect users’ transactions are ZCash (ZEC) which gained 120%, while Dash gains “only” 55%.

The price of Filecoin

The day sees the strong rise of Filecoin (FIL), which climbs more than 140%. Filecoin has been listed in the last 24 hours. Filecoin’s token is FIL on the world’s major exchanges. This is leading to strong highly volatile movements, with substantial spreads and price differences between various exchanges likely to align in the coming days.

Filecoin is a decentralized storage system. This very interesting project started in 2017, raising $205 million through an ICO, with a launch scheduled for May 2019, then postponed to the mined block two days ago. It offers decentralized cold storage that records information from users worldwide.

The project was created by a US computer scientist Juan Benet who founded this protocol in 2014 and which has evolved over time until today. In the last few hours, it has evolved with the launch of the mainnet.

In the last few hours, the price of Filecoin has been between 60 and 65 dollars with a capitalization of 920 million dollars, immediately conquering the 25th position among the most capitalized assets. The overall capitalization is just over $355 billion. Bitcoin dominance recovered some fractions of a decimal to 59%.

Volumes remain tonic at a general level. In the wake of the turmoil of the last 12 hours due to the situation with OKEx, which has momentarily suspended users’ withdrawals, the price of Bitcoin has gone down from $11,500 to $11,300 in just under 30 minutes.

Perhaps a sign of concern about the implications of the exchange, which is based in Malta but operates mainly in Asian markets and China. This could have affected movements in the last few hours. Ethereum has also slipped from $375 to $363. Prices have recovered slightly in the last few hours, although uncertainty prevails and the markets seem to be waiting for news regarding what OKEx will do.

The movement of the last few hours has caused volumes to jump, which in the last 24 hours are back to over $110 billion. Bitcoin remains decidedly toned, with over $1.7 billion, the second-highest peak in the last 10 days. Ethereum continues to have low volumes compared to the average for the month of September, just under 900 million dollars in the last 2 hours. In the last 12 days, Ethereum has only once exceeded $1 billion in dollar value.

The week ends with new records from the Bitcoin network. The hashrate on October 14th set its absolute record high, going over 156,000 hashrate. Record also for the difficulty, hitting over 19,300 T.

An adjustment of the difficulty will take place tomorrow, October 17th, due to the increase of the hashrate the difficulty will take a further leap upwards. Despite the fluctuation in prices, which nevertheless remain above the psychological threshold of $10,000 and are moving above $11,000, these values highlight how the Bitcoin network is becoming stronger and less profitable for miners with little distribution of computational power and less efficiency from machines that are becoming increasingly powerful in computing speed.

Those who have newer machines are being rewarded because of the growing hashrate and the halving of rewards following May’ halving. 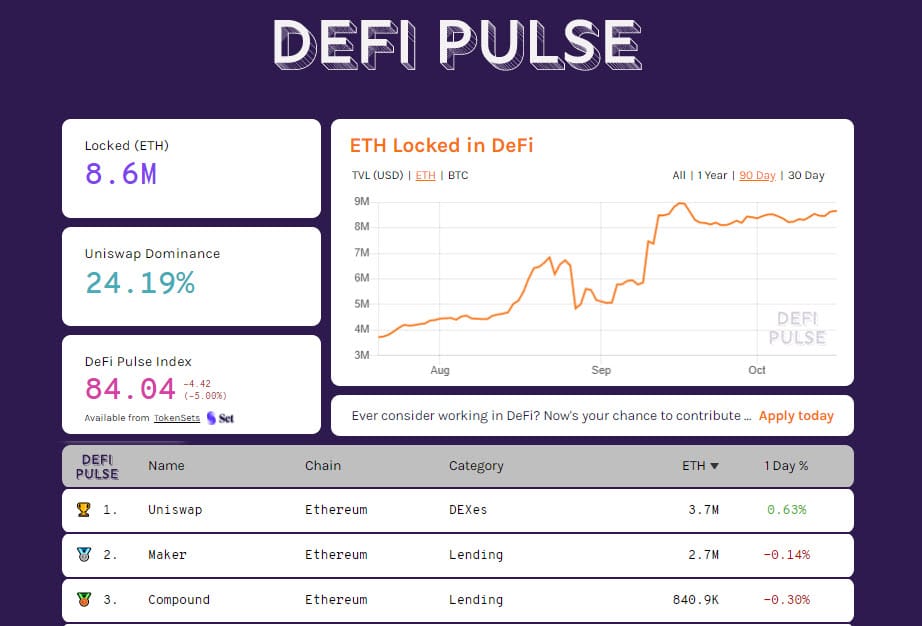 With the slowdown of the last few hours, TVL falls: the total value of decentralized finance falls to 11 billion dollars. Uniswap remains the market leader with $2.7 billion, Maker remains at $1.93 billion, while WBTC retains third place.

Bitcoin tokenization rises to 159,480 BTC. Ethereum’s tokenization also rises slightly, to 8.6 million Ethereum locked in the last few hours, which is close to its all-time high of September 16th at 8.9 million.

The trend of the last few hours has tested the former area of resistance violated with the rise of a week ago, on October 10th, when prices first rose above $11,200. This is the support that the prices have gone to test with the decrease of these hours, where the defences are triggered by the purchases.

The real wall to break down in the event of a rise is the $11,600, which corresponds to the closing of the hourly candle on October 12th, a level to be followed with particular attention over the weekend in the event of particular rises such as those of last week.

For Bitcoin, it is necessary to close the weekly candle above the opening level of $11,380. A signal that would give a cue to a positive start next week.

Otherwise, descent below the support area of $11,200 would open up space to go and test the psychological threshold of $11,000, a former resistance that has rejected the previous rebound several times throughout the middle of September.

The failure to exceed $390 highlighted the weakness of the uptrend that formed at the beginning of the week. For ETH, it is necessary to protect the $360 during the weekend.

In case of breakage of this level tested with the volatility of the last hours, the prices would go to test the former equilibrium area of the 355 dollars. Upwardly, the break of $390 remains decisive. In a medium-long term perspective, the danger zone is the breaking down of the 325 dollars.

The post Filecoin: the price of FIL increases by 140%. appeared first on The Cryptonomist.