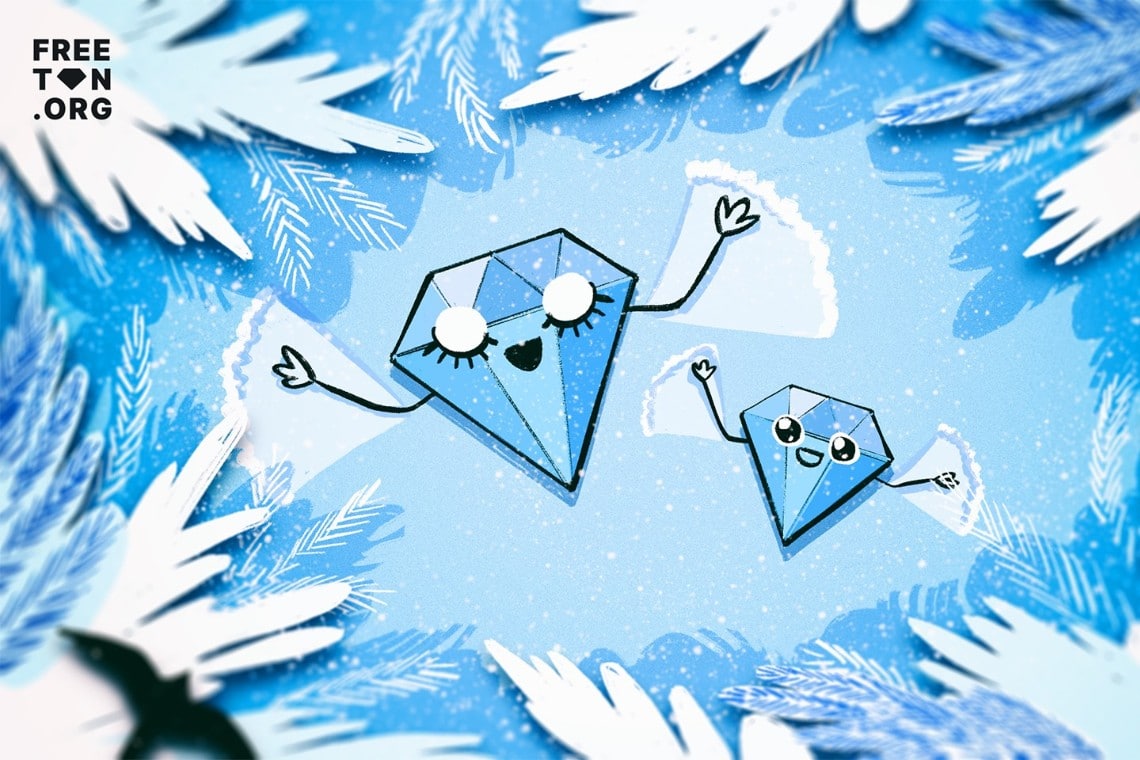 As COVID-19 spread in 2020, the SEC was busy forcing Telegram’s Durov brothers to terminate GRAM’s crypto project, and thus Free TON was born to save the original idea.

Despite months of effort, the battle of the Durovs was lost, and, having surrendered and been defeated, they put an end to their crypto project. But once again, it was open-source that rescued a technology hanging over the precipice and in danger of being swallowed up by the abyss.

Starting with the white paper, a challenge was launched that united people from all over the world to continue where the Durovs left off: creating the most advanced next-generation blockchain in a truly decentralized way.

With the support of crypto-enthusiasts from around the world, developers, well-known stake providers and trading sites, the network was launched in May 2020. Thus Free TON was born.

Now, putting aside technical specifications and statistics – over 50 thousand registered wallets and 0.2 sec average time per block – the mechanics of Free TON as a social organism deserve special attention.

How does Free TON work

The project has no CEO, no PR and marketing department, no consultants – just a community that decides how the network will evolve. All proposals are published on the project forum where any member of the community can leave comments, discuss or offer criticism.

When the discussion ends and all significant comments are taken into account, the proposal goes to a vote on the blockchain. If more than 50% of the votes are in support of the idea, the proposal is approved and moves on to the next stage for implementation.

Having never held an ICO or any other form of token presale, the supply (5 billion TON Crystal) was distributed through three channels. 5% has been reserved for validators supporting blockchain performance, 10% is allocated to developers to incentivize development, and a massive 85% of tokens are allocated to community members for their efforts in fostering mass adoption.

The allocation of these tokens is based on a meritocratic system, judged through competitions and collaborations proposed by community members. There are no limitations, anyone can propose anything. And as long as the ideas proposed are relevant to the information requested and based on common sense and logic, they will be passed on for a vote.

Over the past 9 months, Free TON has developed its technology rapidly, but the size of the community and its level of involvement have also grown rapidly. The number of competitions and the total workload of the initial members has become overwhelming.

This led the community to improve the existing organizational model and introduce sub-governances that could help distribute the workload and make the whole process more efficient and robust.

Each sub-governance includes community members interested in a specific field, be it DeFi, design, promotion, software development expertise or smart-contract writing. There are also sub-governances working with communities in different countries and in different languages. Currently, there are 18 active sub-governances in Free TON and new ones are created quite frequently.

The introduction of sub-governances has helped globally to involve more and more community members in active participation in the development of the network, increased the number of contests and, as a result, accelerated the process of awarding tokens to crypto enthusiasts interested in Free TON. Since May 2020, there have been more than 100 competitions carried out and over 155 million TON Crystal tokens awarded.

And the pace is growing by the day.

However, the work on decentralized governance is far from over. The community continues to experiment with new things and discuss further improvements to the current model.

At this point, Governance 2.0 is in its infancy – it is in the early stages of conception, but it is said that every TON Crystal owner will be able to vote on-chain for the proposals they support.

Governance 2.0 (G2.0) is expected to enter the testing phase in the spring, so everyone will have a chance to participate in the contests and have a vote when it goes live.

We will continue to follow this interesting social experiment closely and see if the community is ready for true decentralization.

The post Free TON: a truly decentralized crypto appeared first on The Cryptonomist.