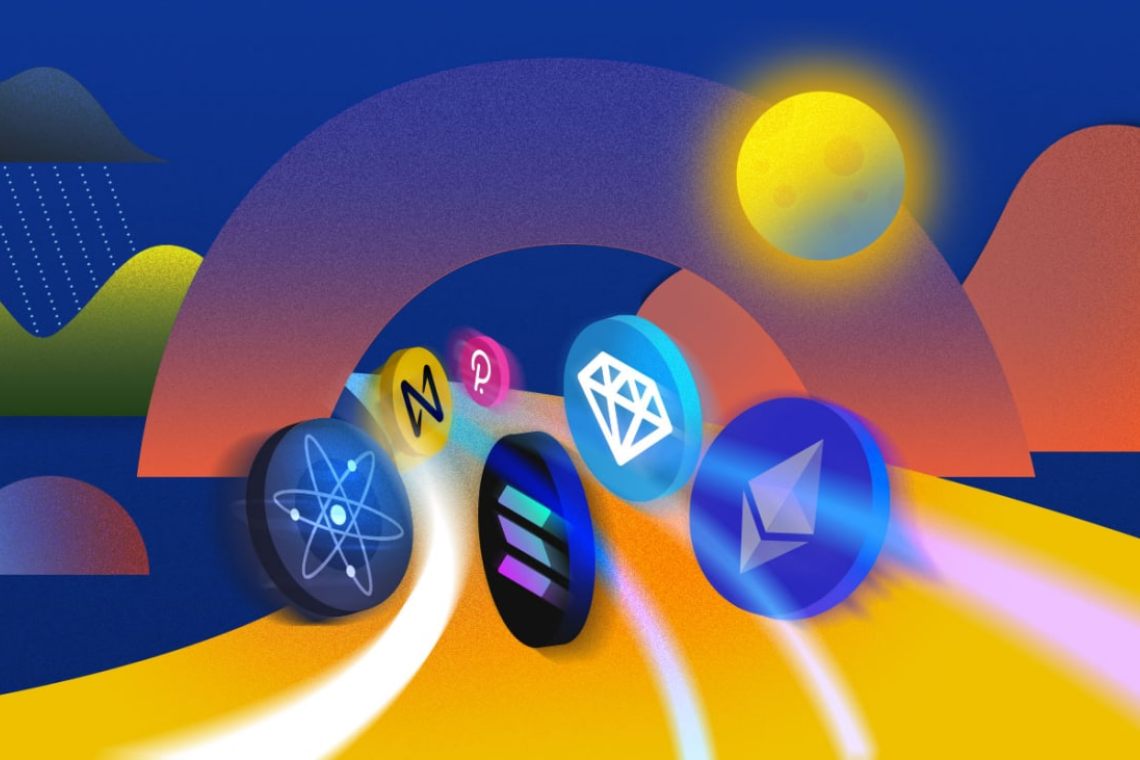 The problem of bottlenecks in the current blockchain technology space only interests a rather limited number of developers, namely, Cosmos, Polkadot, Solana, NEAR, Free TON and ETH 2.0.

The developers who are solving the problems of today’s blockchains – speed, interoperability and scalability – will most likely survive any correction the market undergoes.

The masses and traditional companies have finally become aware of their existence. Already this autumn, PayPal bought Curv, a startup that will help PayPal users transact with BTC and other cryptocurrencies.

In March, Elon Musk announced that Tesla’s electric cars could be bought with BTC. Visa launched a pilot project in collaboration with Crypto.com in which the USDC stablecoin will be used. Cryptocurrencies have started to move into the financial sector at an astonishing speed.

And the press has certainly not remained silent. All those who ignored or treated cryptocurrencies coldly jumped on the hype, information about the money of the future spread quickly around the world attracting new users to the cryptocurrency market. And blockchain developers have been happy to greet newcomers by offering projects with simple, user-friendly interfaces.

Swapping, staking and farming have become the future. Yesterday’s crypto-people have become crypto-billionaires, unknown digital artists now sell their works as NFTs for millions and tens of millions of dollars on the biggest traditional auctions.

Behind this barrage of insane gains, even old-school crypto-enthusiasts tend to forget that the bull-market doesn’t last forever and bearish people remain in wait-and-see mode knowing that the global correction will be anything but forgiving, for both BTC and altcoin holders.

Those reminiscent of the crypto winter of 2018 act more cautiously and only use farming for a small portion of their deposits.

The launch of Vitalik’s v2.0 blockchain is scheduled for 2022, so we can only guess what features it will have. The other projects are under heavy development and it is said that some problems may only be solved in the very near future. Mass adoption will come. Finally.

The problem of scaling is probably the biggest of all when comparing onchain and offchain solutions – the number of transactions made in a given time frame.

This problem is crucial for large companies that need many transactions without any latency. The design and architecture of BTC and ETH cannot provide the necessary bandwidth.

The average number of transactions within a BTC block is about 2100, while the interval between blocks is 600 seconds.

When we consider that Visa can process up to 65,000 transactions per second, the gulf between these figures is somewhat staggering.

Free TON holds the record, as its architecture allows it to reach around 100,000 transactions per second, a feat made possible by dynamic sharding mechanisms used within the network.

When sharding is used, the workload is distributed among separate nodes in the network. Each node doesn’t process all the operations of the blockchain but only a selected part of them so that other nodes can perform different operations.

In simple words, dynamic sharding can be compared to a shop: while the previous generation of blockchains consisted of small shops with only one till, the next generation blockchains are huge shops that can open new tills on the fly and as needed depending on the amount of visitors/transactions.

Free TON‘s architecture also allows transactions to be split into fragments when the workload is intense and the number of transactions endless. Recent tests have shown the possibility of having more than 200 shards under load in Free TON, while the NEAR network, which always uses shards, supports a maximum of 8.

Blockchain technologies have been presented to the world as open and decentralized, but at the same time autonomous networks are also realities in their own right – communication with the outside world is difficult. The transaction type, consensus and hash algorithms of a particular blockchain are configured to solve particular tasks.

If we add regulation, governance models and fundamental design differences to this soup, the dish becomes very complex and many of the ingredients simply cannot match up.

The cost of a single transaction on the BTC and ETH networks is closely linked to both the price of ETH and the workload of the network – the higher these indicators are, the higher the cost. We’ve all seen how high the per-transaction fees are on Vitalik’s network – over $100! But how can we lower the cost and speed up transactions?

The answer is bridges. Bridges can be used to transfer one’s tokens from a slow and expensive network to a fast and cheap one. The tokens never actually leave their native network, but are sent to a smart-contract, if this particular network supports them, and their mirror copy is minted in the destination network.

When the user wants to return to the original network, the mirror copies of the token are burned and the native tokens are sent back to their wallet.

Three blockchains are actively studying or building these kinds of bridges nowadays – Cosmos, Polkadot and Free TON. The developers of Althea Network have announced their project, Gravity Bridge, which will connect the ETH and Cosmos networks.

The bridge has been trialled on the testnet and is expected to go live in the second quarter of this year. The folks at Polkadot are funding these solutions through grants that have been handed out to four independent teams.

As a result, Polkadot is expected to build bridges to BTC, ETH, EOS and Tendermint. Free TON, which is developed in a decentralized way by the community, uses competitions as a tool for the creation of new projects.

The first phase of the contest to build a bridge to ETH was launched earlier this year.

The guys from the Broxus team won and offered an MVP of the FT-ETH bridge. The second phase will ensure the launch of a large-scale solution that will allow them to transfer their tokens to the Free TON blockchain for a couple of cents on the dollar.

Solving the fundamental problem of blockchain speed, latency and interoperability will produce synergy across the entire blockchain industry and create a seamless ecosystem. This will result in more investors and better interfaces for users and developers.

It’s hard to say which blockchain project will be the first to connect them all but it’s clear that as early as this year we will be able to exchange DOT for TON Crystal without third parties involved. And then, in the near future, will follow widely used products and services.

The post Free TON: the blockchain of tomorrow, challenges and solutions appeared first on The Cryptonomist.