The most mentioned cryptocurrency of the last days to weeks is undoubtedly the cryptocurrency of Shiba Inu. This was helped mainly by rocket growth of hundreds of percent in a few days, with more people already seeing a close scenario where Shiba Inu surpasses Dogecoin in market capitalization. Today we will take a closer look at their duel and whether it is even possible.

Social statistics also speak in favor of the Dogecoin rival. According to Du Jun, co-founder of the crypto exchange Huobi, the strong retail base is also reflected on social media platforms. Shiba has more than 1.1 million followers on its official Twitter account, which is higher than most other cryptocurrencies / projects.

“Shiba is such a magical token where retailers rule the world. Many Shiba holders do not follow the movements of the BTC, so it is difficult to determine where this cryptocurrency will go,” said Darren, an active member of the Shiba community.

His statement is supported by the following graph, which shows the correlation of Shiba and DOGE to BTC. In this respect, Shiba Inu hardly copies the movements of BTC at all, while Dogecoin is much more “flexible” in this respect. 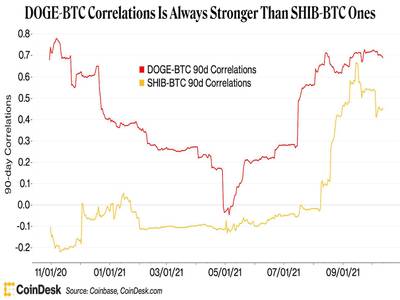 When it comes to meme coins, there are different opinions. The most famous supporter is undoubtedly Elon Musk. He published several tweets that expressed support for DOGE. Dogecoin, previously described as a crypto of the people. The first series of Musk’s tweets managed to raise the value of DOGE by up to tens of percent within a few minutes of their publication. Musk also made a great commitment to give “a real Dogecoin for a real moon.” In recent weeks, however, Musk seems to have cooled on DOGE and at one point urged people to be careful when investing in cryptocurrencies.

Crypto expert Nic Carter doesn’t expect much from Dogecoin. According to him, many retail traders will lose money in the long run, because there is not much in connection with interesting technology. As for Shibu, most investors and analysts are aware that the coin is trying to provoke hype against the backdrop of DOGE, but Ben Caselin, head of research and strategy at the AAX cryptocurrency exchange, suggests that instead of simply making this hype effort simply rejected, it is important to realize that what we are seeing is a mass movement of retail traders driven by greed and recession, but in many cases ignorance. Such movements are always unpredictable. OKEx CEO Jay Hao, meanwhile, points out that the Shiba Inu community is gaining momentum and that we will see its strong development.

More activity on side of Shiba Inu

If we want to talk about the fundamental aspects, Shiba Inu clearly dominates here. Hopes that Shiba Inu will surpass Dogecoin are growing, with social media data showing that the former is becoming increasingly popular – at least among Twitter users. Earlier this month, the popular crypto influencer CryptosRUs suggested that Shiba Inu was better than Dogecoin due to the many uses and distribution of the coin.

Shiba Inu is also likely to further strengthen its position with its recent partnership with crypto payment provider NOWPayments, which supports SHIB, Leash and BONE tokens while burning some of the tokens – permanently reducing their circulation. Shiba Inu’s cryptocurrency recently experienced a day in which daily trading volumes were twice as high as Dogecoin’s over the same time period.

Shiba Inu also announced the launch of its own NFT. We know that the collection consists of 10,000 Shiboshi, likely in accordance with other NFT collections to be algorithmically generated based on a set of attributes. However, there is no information on what these attributes consist of. What we do know is that prices follow a tiered system. 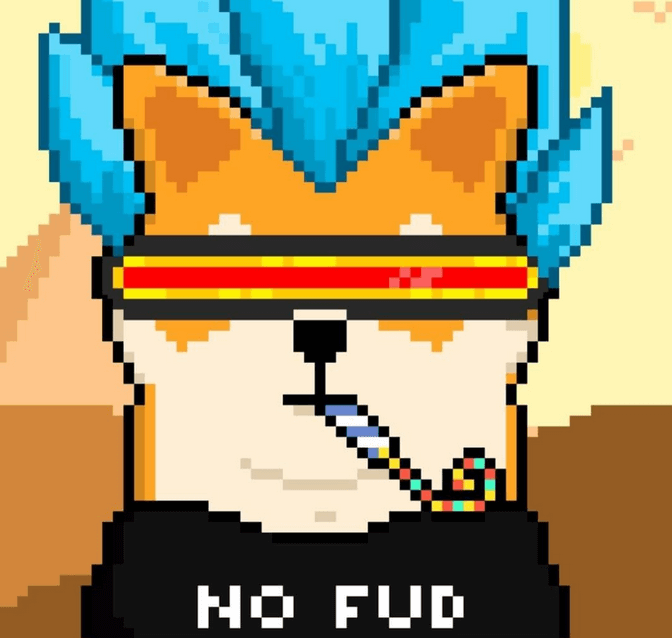 The first 3,000 will cost 0.1 ETH, the next 5,000 will cost 0.2 ETH and the final 2,000 will cost 0.3 ETH. However, Shiboshi can only be purchased using Leash, one of the three main tokens in the Shiba Inu ecosystem. The others are SHIB and BONE. Shiboshi are not just NFT. They will also form characters in the upcoming game. Different attributes provide specific functions. Mentioned, for example, laser eyes, which provide remote attack capabilities.

Dogecoin has absolutely nothing to offer in this area and has completely fallen asleep to current times and trends. Basically, his only engine was the Elon Musk, but it seems to have gone out.