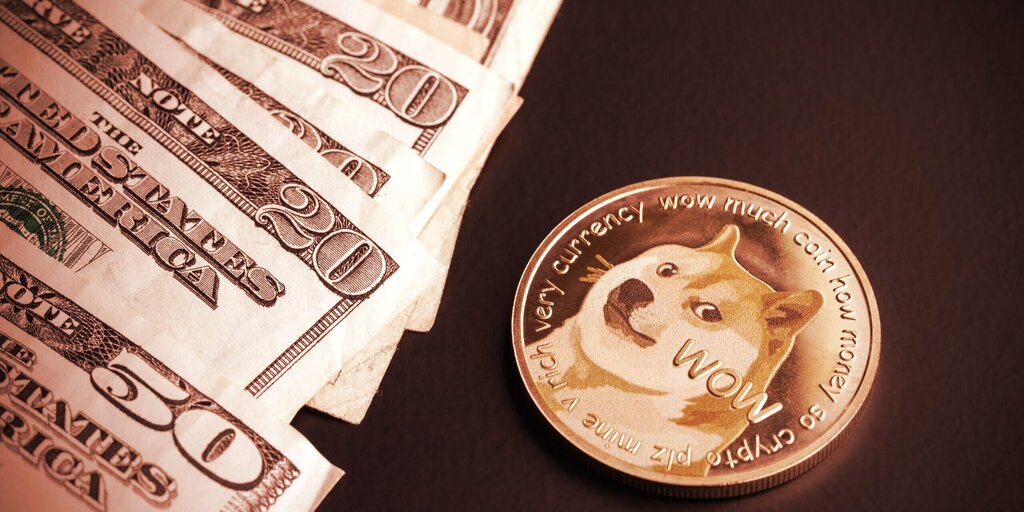 Gemini, a cryptocurrency exchange led by Tyler and Cameron Winklevoss, today buckled under the pressure of meme coin demand, at last adding Dogecoin to its trading platform. Meanwhile, Robinhood, likely the most popular US trading app that supports DOGE, went down following Dogecoin’s ongoing price surge above $0.60.

“Dogecoin is the people’s money. It’s organic, irreverent, and fun. It’s not forced on us by a government or some other central authority, it’s chosen by us, for us—by the people, for the people. Wow,” Tyler Winklevoss, CEO of Gemini, said in a statement today.

The announcement comes at a much-wow time for Dogecoin as it’s now become the fourth most valued cryptocurrency with a market cap of $76.8 billion, as per Nomics data.

Meanwhile, Robinhood’s cryptocurrency service went down most likely due to a surge in demand for Dogecoin overwhelming its servers—a problem that’s too familiar to the app from last month. Yesterday, social trading platform eToro also listed Dogecoin, making the meme coin one of the few cryptocurrencies listed outside cryptocurrency exchanges.

We’re currently experiencing issues with crypto trading. We're working to resolve this as soon as possible. For the latest updates, check https://t.co/ZS733G6N1J

Even though many cryptocurrency exchanges such as Binance and Kraken list Dogecoin, Gemini’s listing today marks a milestone in the crypto industry as its CEO has thrown his unapologetic support behind the meme coin. By contrast, leading US crypto exchange Coinbase still doesn’t support Dogecoin, and there is currently no sign it ever will.

In a move that’s set to irk BTC maximalists, Winklevoss generously compared Dogecoin to BTC in that both “give the control of money back to the people.” Dogecoin, he said, carries the flag of BTC. “Yes, it’s a meme coin, but all money is a meme. And all money is both an idea and a matter of faith or belief in it,” he explained, anticipating the common criticism—and the truth, really—that Dogecoin was invented as a joke.

But Winklevoss doesn’t downplay Dogecoins origins—in fact, he relishes them. “It turns the idea of money being something that’s issued by an authority —a conceit—on its head,” he said.

“They say there’s some truth in every joke. Dogecoin’s value is its punchline.”

If this all sounds very familiar, that’s because billionaire Dallas Mavericks owner Mark Cuban essentially said the same thing himself yesterday. In a tweet storm in which he called BTC “financial religion,” the Shark Tank investor also (again) praised Dogecoin: “Yes, a joke is now legit,” he wrote.

But critics say the Dogecoin party won’t last—it can’t, they say, given the coin’s economics: DOGE supply isn’t capped unlike many other cryptocurrencies like BTC. By design, 5 billion DOGE is released into circulation every year, and its development team abandoned the project years ago, so there’s no one around to change that.

Tyler Winklevoss, however, begs to differ on the economics: DOGE is, in fact, “disinflationary,” he says. Five billion DOGE will be a drop in the ocean as more people begin exchanging the coin, so the demand for DOGE will easily surpass its supply, he argued in the post. In that sense, it isn’t any different from ETH, he said, referring to the currently uncapped supply of ETH. But unlike Dogecoin, there are concrete plans underway to cap ETH’s supply.

“Recently, demand for Dogecoin has oustripped its supply. As a result, its price has been mooning. The people are speaking,” Winklevoss said.

Dogecoin is in for a long ride this week.

Elon Musk, the self-styled Dogefather, will make his debut on May 8 as a host on comedy show Saturday Night Live. He’s expected to signal-boost “the people’s money,” and the anticipation alone jacked up the price by 10% last weekend.