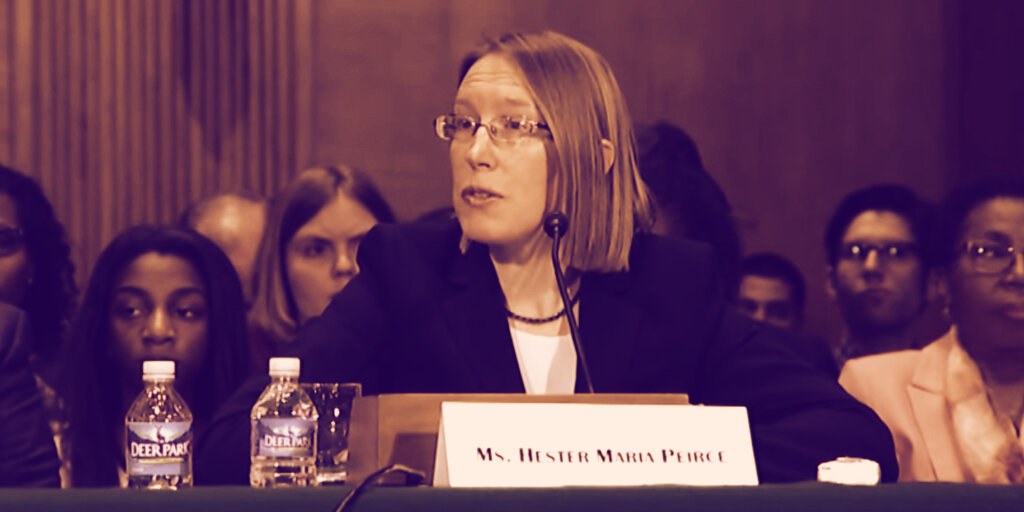 Will the US government ever try to ban BTC? It could certainly try, but doing so would be “foolish,” according to SEC Commissioner Hester Peirce.

During a MarketWatch virtual panel discussion, “How to Invest in Crypto,” the famously BTC-friendly lawyer—affectionately also known as “Crypto Mom” among the crypto faithful—reiterated her belief that the US remains behind the rest of the world when it comes to regulation of digital assets.

But Peirce added that with the new, crypto-savvy, SEC Chairman Gary Gensler coming in, things would hopefully move in the right direction.

“I think we were past that point [of banning Bitcoin in the US] very early on because you’d have to shut down the internet,” Peirce said. “I don’t see how you could ban it. You could certainly make the effort. It would be very hard to stop people from doing it [trading Bitcoin],” she said. “So I think it would be a foolish thing for the government to try to do that.”

The idea of banning BTC and cryptocurrencies (that is, making it illegal to hold such assets) is not an unrealistic prospect, according to some. Billionaire investor and founder of Bridgewater Associates, Ray Dalio, for example, has said a number of times that government bans on the transacting the cryptocurrency are likely.

One British financial advisor this year set up a petition calling for the UK government to make cryptocurrency transactions illegal. And India is one country currently preparing to stop its citizens from even holding decentralized digital assets.

Though, as Peirce said, in reality this would be very difficult: technology will likely outpace the government’s attempts to limit BTC use, since people will always be able to download BTC wallet software, run a node, and make transactions as long as they have access to the internet. What may be more likely, in the short to medium term, are clearer BTC regulations.

Peirce added that the US government was “behind the curve” regarding crypto regulation. “We’ve seen other countries take, I would say, a more productive approach,” she said. “We really need to turn that around.

“And I’m optimistic with a new chairman coming in with a deep knowledge of these markets that is something we could do together—build a good regulatory framework.”

Peirce has a point: regulation in the US is complex, with different government bodies taking different positions on BTC and other cryptocurrencies. Just this week, two banking bigwigs—Goldman Sachs CEO David Solomon and JPMorgan boss Jamie Dimon—called for more well-defined rules.

Nigeria’s Central Bank: Crypto Trading Has Not Been Banned

During the interview, Peirce also said she didn’t know when a BTC ETF would be available in the US. Such a product would allow investors in the US to buy shares that track the price of BTC—that is, invest in BTC without the need to buy and store the cryptocurrency itself. Market observers have long believed that a BTC ETF would act as a catalyst for a rush of institutional money to flow into the BTC market.

The SEC, however, has repeatedly rejected applications for a BTC ETF because it says the BTC market is easily manipulated and isn’t yet convinced that a “real market” even exists. Crypto Mom has been the dissenting voice inside the SEC each time.