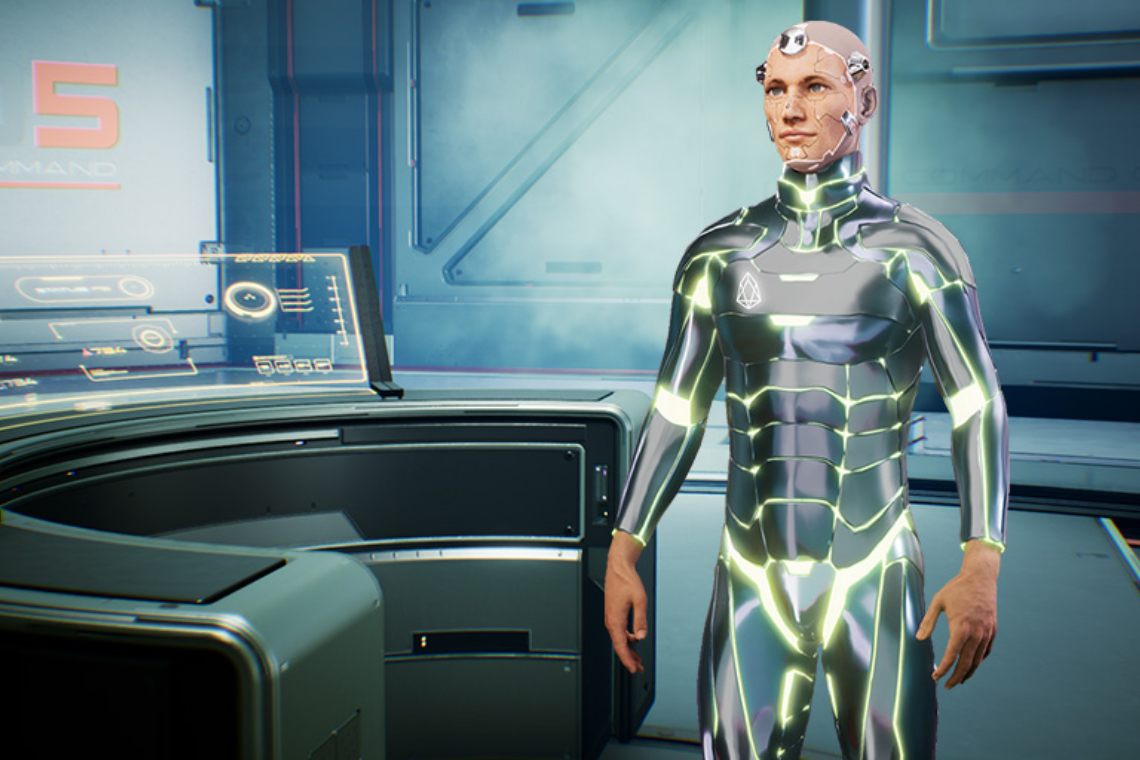 Previously we talked about the ChainClash game, now it’s time for a guide to see how it works in detail. Here are some tips to play it best without making rookie mistakes and enjoy the game to the full.

It should be remembered that ChainClash is still in beta for the time being, but most of the functions are operational so there won’t be any problems playing it on the game’s official website.

The interface is very simple and it is enough to press the “Play The Game” button on the homepage to start and connect with a wallet. In this case, we will use Scatter from PC.

In case you don’t have a wallet to manage EOS or an EOS account, the Wombat wallet comes to the rescue and allows the creation of an EOS account for free, even if the export of the private key has a cost around €2.

In the top menu of the game there is the daily prize, which can be claimed every day manually, while on the right side there is the store and the daily contest of the ranking, while in the middle there is the info about our character, our objects, and below the various menus, Dojo, Store, Challenges, Ranks and Profile. 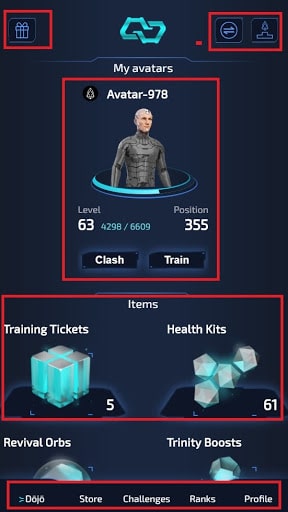 At the beginning we can choose a character, or rather an avatar, according to the blockchain we prefer among BTC, EOS, TRX, BCH, ETH, BAD and others, although this will not affect the characteristics of the character.

As it is a fighting game, the aim is to battle with other players and increase the level, obtaining experience from the various duels.

For the moment the maximum level an avatar can reach is level 70 and it will take a long time to reach it. Some items, such as the Trinity Boost, allow you to gain more resources from fighting and thus advance faster.

Avatars can also be trained by pressing the “Train” button, but we’ll need the “Training Tickets” to train our avatar. Depending on how many we use, we could get up to 24 hours of training. At the end of the training, we will get the “Shards” that allow increasing a character parameter between “Strength”, “Resilience”, “Agility” and “Wisdom”. 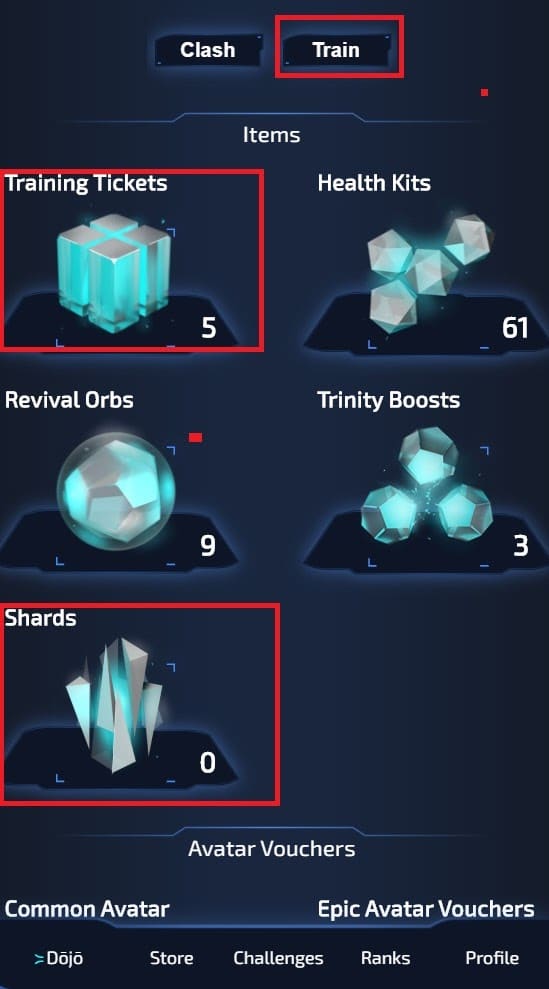 Guide to the ChainClash marketplace

By entering the game’s marketplace, we can sell and buy both avatars and names for our avatars. In fact, to change the character name we need to have items called “Name Tags”. Character prices are variable depending on the level and rarity of the avatar, for example, Crystal Rose‘s avatar was sold for 1000 EOS.

If instead, we want to sell our avatar, then we have to click on the image of the avatar and click on the “Sell” button, enter the sale parameters such as the minimum and maximum price, the duration of the sale and then confirm the transaction with our wallet.

It should be remembered that on EOS, which functions with an account system, the sale order will be registered in our RAM.

In order to fight with our character, we will have to press the “Clash” button and choose the arena suitable for our level. It will be the game that will check the players online and prepare our match, while we will only have to confirm whether we want to fight with that opponent or cancel the fight.

In order to participate in the daily pool, which distributes the prizes according to the ranking of our avatar, we must perform at least 5 battles and based on the result we will have achieved, the next day we will see how many EOS we will have retrieved. Naturally the higher our result the more EOS we will receive. The prize will be automatically distributed to our account.

Keep in mind that every time a battle takes place, our character’s energy will be consumed little by little and if it drops to zero, then it will die and we will have to wait 24 hours before we can resurrect it.

The advice is therefore to fight the battles until there is enough energy, and if it is not enough we can play again after a couple of hours, as the energy will be replenished in the meantime.

The post Guide to the ChainClash game appeared first on The Cryptonomist.