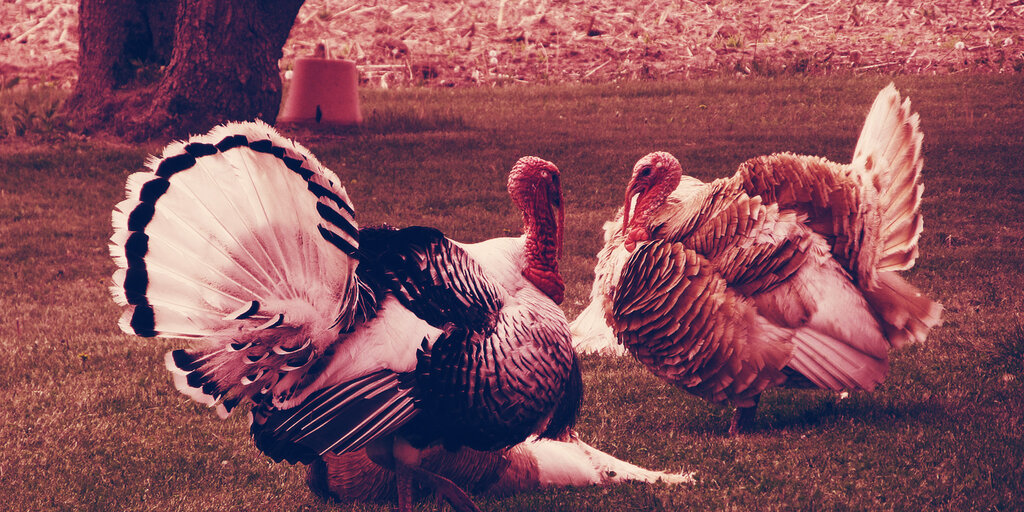 Let’s get this out of the way: Thanksgiving is a mid-tier holiday. Turkey? It’s fine. Being pressured into giving thanks? Sure. The fraught cultural legacy of American mythmaking? It’s all here! Root vegetables are good, and Thanksgiving provides a decent excuse to consume them in bulk, but they’re not enough to redeem the rest of what the day has to offer.

And then there’s Black Friday, which, for many, represents the light at the end of the tunnel—a kind of reward for surviving Thanksgiving—though it comes with its own set of challenges. Even without a pandemic, the risk of a Black Friday-related death is already nonzero at many major retailers; shopping online is a good option if you’re looking to avoid being trampled, or, more likely, contracting COVID-19.

But there’s good news for the trample-averse, and for the non-Americans shaking their heads at this whole display—the world of cryptocurrency is already in on the action, and Black Friday is probably as good a time as any to take advantage of deals.

This isn’t a sponsored post, but we’ve rounded up a few of those deals below.

Chart analysis service TradingView is offering 60% off your first month of premium membership, which is the priciest of its three paid subscription plans; the company is also advertising 40% off Pro (the lowest tier) and 50% off Pro+ (the middle tier).

Binance is running two promotions, the first of which involves new users: Registering for a new account on the world’s largest cryptocurrency exchange will give you the chance to be able to buy up to $1,000 of Bitcoin for half off. The company says it’s choosing 40 winners, and the eligibility period ends December 4.

The second promotion is geared toward people who already have a Binance account, and essentially asks you to spend a lot of money on the exchange for the chance to earn either Bitcoin or the chance to buy Bitcoin at 20% off. Binance has been halfheartedly trying to boot its US users for some time now, but if you still have an account, it’s something to consider.

Ledger, a company that makes physical “wallets” for crypto assets, has deals on the Ledger Nano S—hardware for storing and managing crypto—and the Ledger Nano X, a more deluxe version of the same product.

Not to be outdone, Trezor, a Ledger competitor, has lowered prices on some of its hardware wallets up to 20%.

Shift Crypto is another company making physical drives for storing crypto; it’s offering deals on bundles as well as on individual wallets.

NFTs, or non-fungible tokens, have been a hot commodity this year. They’re one-of-a-kind, irreproducible blockchain tokens, and come in the form of things like collectibles and digital art pieces. SuperRare, a platform and marketplace for NFT artworks, is auctioning off three new pieces by Jon Noorlander, a 3D animator.

And Upland, a virtual NFT community in the vein of Second Life (Decentraland is another prominent take on this idea), is hosting a Thanksgiving scavenger hunt, with season-appropriate prizes for the winners.

We’re including these not because we think you should buy them, but because we should all take a moment to consider the fact that they exist.

Blockchain Kicks sells shoes that look a lot like Vans with coin logos printed on them. These grotesque Bitcoin high-tops will run you $135. These Ripple / XRP shoes are selling for a cool $125, and we’ll just assume the company got permission for the trademark.

The promo code BLACKFRIDAY will get you 15% off anything at a store called Layer One. (Its tagline is “The Bitcoin Store of Value.” I get it!) Among the available items are shirts with slogans like “Stacking Sats” and “Embrace Volatility.” Also on sale: a tank top that says “Censorship Resistant Free Speech Money.”

And here’s an insane Bitcoin pashmina from a company called Mypashmina.

Yeah, ours isn’t the only roundup in town. The digital payment service Bitpay has a neat list of places you can spend crypto, including Ace Jewelers ($13k watch, anyone?) and Blocklete Games, a company that makes a blockchain golf video game. You can also use Bitpay to pay with crypto at Belliani, a furniture marketplace with Black Friday discounts on everything from hot tubs to Christmas ornaments.

Bitcoin Black Friday was originally a passion project from the developer Jon Holmquist, who created the site in 2012 and shut it down last year, saying he’d “fallen out of love with using bitcoin as a means of consumer payment.” The site returns this year under the auspices of Bitcoin Magazine, aggregating deals on Bitcoin-related products like the aforementioned Bitcoin pashmina (it’s unclear if you can actually pay for that one in Bitcoin).

The site is definitely pushing some questionable products (under no circumstances should you buy the Mark McCloskey t-shirts), but with enough perusing, you’ll arrive at the good stuff.

Bitcoin prices rise and fall, but holiday shopping is forever.