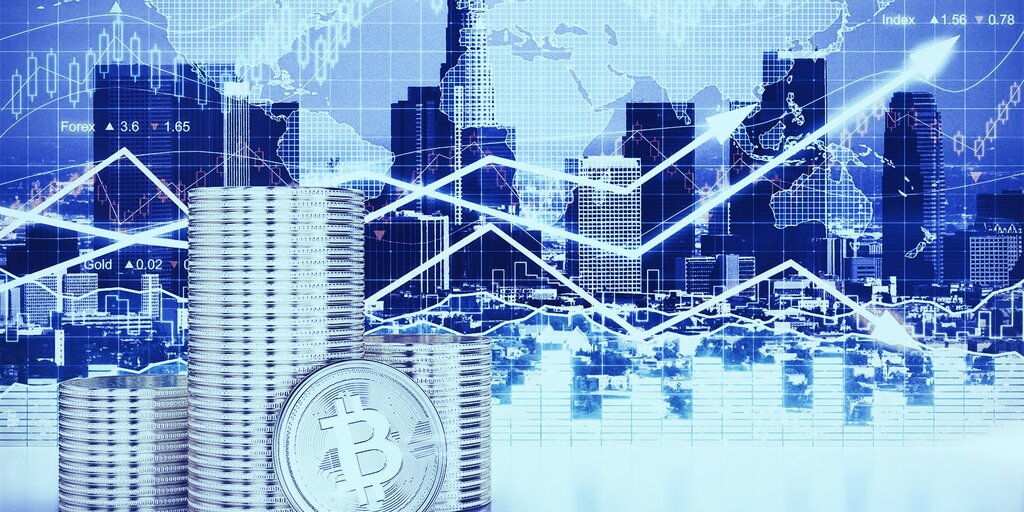 Little over 12 months ago, the amount of Bitcoin sloshing through the markets was double that of the second most liquid asset, Ether, the currency of Ethereum. Today the opposite is true.

In fact, Bitcoin’s trading volume has been declining since 2018, but as we’ve seen in this year, Bitcoin’s price has been ticking up, surpassing $13,000 for the first time this year.

While we know Bitcoin’s price goes up as well as down all the time, crypto market watchers in 2020 seem to be coming to similar conclusions: the nature and scope of this recent Bitcoin bull run looks and feels different.

In today’s Market Watch (in association with AAX) we’re going to explore why this is and why Bitcoin is now being treated in a similar way to how investors buy and hold luxury items such as wine, whiskey and watches.

First, let’s take a look at how Bitcoin trader behaviour has changed.

The number of crypto whales, those holding more than 1,000 BTC has also hit an all-time high in August of this year.

It’s not difficult to see why. According to analytics site Glassnode: “98% of all unspent Bitcoin transactions (UTXOs) are currently in a state of profit.”

98% of Unspent Bitcoin Transactions Could Sell for Profit: Report

This has been a trend that’s been maturing over several years, according to Grayscale’s valuing Bitcoin report. In the paper, Grayscale noticed a marked increase in the number of holders–people holding Bitcoin for longer than three years–versus speculators, people who have moved Bitcoin in the last 90 days.

The report also indicates that there has never been a higher level of Bitcoin owned for more than a year. Bitcoin is becoming a store of value, and not a trading currency, which we’ll explore more in the next section.

Ethereum and Tether become the currency of crypto

As we said earlier, as little as a year ago, Bitcoin was the lifeblood of the cryptocurrency liquidity markets. But things are different now.

The Ethereum blockchain is now processing more than twice the daily transaction volume of the Bitcoin blockchain, riding a massive wave of growth in stablecoins and the DeFi apps that use them.

A new report from crypto research firm Messari on Q3 activity in DeFi and stablecoins has revealed that the current rolling 30-day average for Ethereum is around $7 billion; Bitcoin’s is under $3 billion.

Tether, however, isn’t just the most traded stablecoin—Messari found that over the summer, it grew to surpass even Bitcoin with a rolling 30-day average transaction volume of nearly $3.5 billion.

Bitcoin has been toppled from its traditional perch, which is another reason why Bitcoin’s outlook is becoming more a luxury asset than cryptocurrency du jour. In the last section, we look at the similarities between how Bitcoin behaves and how other luxury assets do.

Bitcoin the fine wine of crypto

When investors look at whether an asset or commodity is investment-worthy, one aspect they pay attention to is something called the stock-to-flow model.

This a figure calculated by dividing the existing supply of a commodity with that commodity’s annual production growth. Commodities with high stock-to-flow ratios include gold, silver, wine, art, classic cars, watches and yes, Bitcoin. Let’s take gold as an example.

The World Gold Council says that approximately 190,000 tons of gold has ever been mined. Let’s call this the stock. Every year, the gold industry pulls out of the ground somewhere between 2,500-3,200 tons. This is the Flow. In this instance, the stock to flow ratio of gold is 59. This means it would take 59 years at the current rate to mine 190,000 tons of gold. Meaning its value will hold very well.

Bitcoin’s stock-to-flow has behaved with a high correlation to this model. In essence, Bitcoin’s value is predicted to go up as the amount of Bitcoin produced trends down with time thanks to the way the network has been built.

Assets like these are also seen as a hedge against market volatility.

Most market watchers look at gold as a symbol of investor intent. When the markets are down, the price of gold tends to go up. Which is true, as the charts below attest. As stock markets have become more volatile this year because of COVID-19, so has the price of gold as investors flock to it as a safehaven.

But buying and storing gold is difficult, and involves a legion of middlemen who charge for this privilege.

When investors can’t get their hands on bullion, they look to other rare assets to put their money in, like wine, whisky and watches, among other luxury items.

The aforementioned assets have to contend with similar aspects of supply and demand, scarcity and availability, which has made investors seek out rare items to hold as an investment. Take whisky for example.

According to the Knight Frank Wealth Report, the rare whisky sector has grown in value by 564% in the past 10 years, with a 5% gain this year. Fine art is up 141%, wine 120%, cars 194% and watches 60%. As stock market performance has faltered this year thanks to a global recession, investors are picking up the finer things and holding them, because like gold, there isn’t many of these luxuries being producted or coming on to the market each year, so their value increases. Let’s look at watches in more detail, in particular, Rolex.

Rolex makes approximately 800,000 watches per year, giving it a steady supply. However, the availability of those watches is scarce. Waiting lists for popular models can be as high as five years, and access to those waiting lists are given to existing clients who have bought Rolexes before.

Rolex also regularly discontinues ranges, increasing their scarcity. For example, one type of Rolex, nicknamed “The Hulk” (because it’s all green) was discontinued this year causing its price to spike 200% in a few months.

That’s lead to a grey market where the price of Rolex watches surpasses what you’d pay at retail, if you could get hold of one, making them a surprisingly good investment. The same applies to certain types of wine, art and cars: there aren’t a lot of them, and they perform better than other asset classes. Just like Bitcoin.

While Bitcoin is often compared to crypto’s answer to gold, this column contends that it’s more akin to a rare consumer commodity than gold thanks to how it’s managed, bought and sold.

The supply and distribution of gold is handled by big institutions and state actors. It’s also heavily regulated to prevent fake gold entering supply – although it’s harder to keep counterfeit precious metals out of the supply chain than people first thought.

The supply and distribution of fine items like wine or watches is not managed in the same way. Instead, it’s a marketplace more akin to buying and selling of cryptocurrency. There are brokers, and exchanges, buying and selling to individuals and companies in a more fluid way without the same federal or institutional oversight. And many people want to keep it that way.

Bitcoin, like a fine wine gets scarcer with age, and investors are loving it.