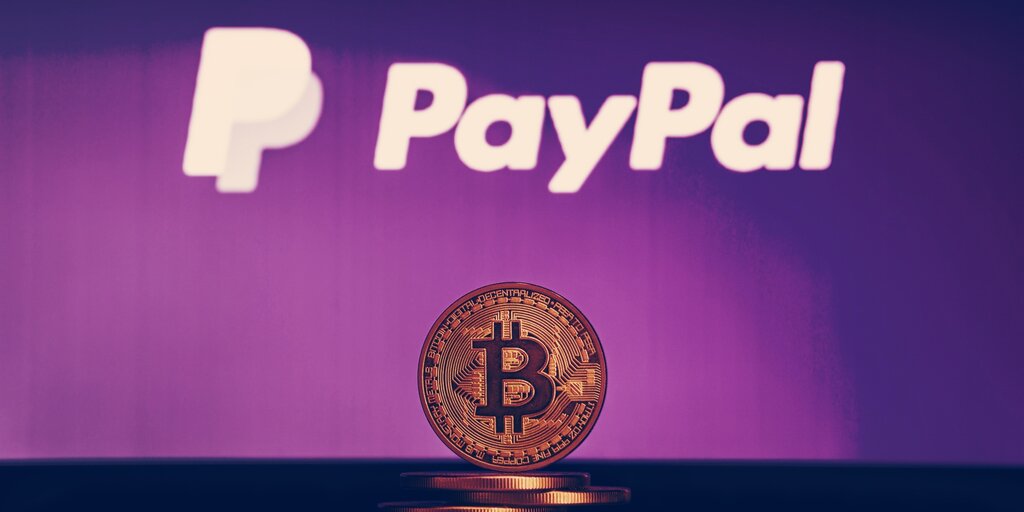 Paypal’s announcement that it would be offering support for Bitcoin and other cryptocurrencies put an end to seven years of dithering on the part of the payment processor. So, what swung the balance in crypto’s favor?

PayPal was granted a conditional Bitlicense on Wednesday by the New York State Department of Financial Services, permitting it to trade and hold Bitcoin, Ethereum, Bitcoin Cash and Litecoin, in partnership with fintech start-up Paxos.

The payments giant announced that its users would be able to buy, hold and sell cryptocurrency directly from their PayPal accounts, opening the door for its 26 million merchants worldwide to accept cryptocurrency payments from PayPal’s 346 million users.

As the migration toward digital payments and digital representations of value continues to accelerate, @paypal has announced the launch of a new service enabling its customers to buy, hold and sell cryptocurrency directly from their PayPal account. https://t.co/huR0hj384A pic.twitter.com/hqLsgO3nCY

Dan Schulman, president and CEO of PayPal, said in a statement: “The shift to digital forms of currencies is inevitable, bringing with it clear advantages in terms of financial inclusion and access; efficiency, speed and resilience of the payments system; and the ability for governments to disburse funds to citizens quickly.”

But PayPal wasn’t always so keen on crypto. Its embrace of Bitcoin represents an evolving view of the cryptocurrency; from initially cracking down on Bitcoin sellers, to questioning its suitability as a currency, to finally enabling crypto purchases on its platform.

how it started how it's going pic.twitter.com/khlyhiz2Wl

PayPal first began to add limited support for Bitcoin after its 2013 acquisition of Braintree, a Chicago-based firm specializing in mobile and web payment systems for e-commerce companies.

“This is PayPal making a move to embrace Bitcoin,” Braintree CEO Bill Ready told TechCrunch at the time.

A year later, PayPal announced partnerships with three major crypto startups: BitPay, Coinbase, and GoCoin. A September 2014 blog post, by senior director of corporate strategy Scott Ellison, announced that online merchants would be able to accept Bitcoin via all three companies through its PayPal Payments Hub.

But in 2015, the company reportedly stated, in its Acceptable Use Policy (since updated,) that using Bitcoin to top-up PayPal was “illegal,” because it violated the company’s official policy against “activities that relate to transactions that involve currency exchanges or check cashing businesses.”

“Unsuitable to be a real currency”

Early that month, in an interview with The Street, Schulman commented that, “I think right now, and we’re seeing this maybe more than ever, the volatility of the cryptocurrency makes it actually unsuitable to be a real currency that retailers can accept.”

Tellingly, perhaps, Schulman’s comments came just weeks after Bitcoin achieved its all-time high of nearly $20,000, by the day his interview was published, it had pulled back to around $16,475.

Days later, Schulman sat down for a video interview with PayPal board member (and early Bitcoin adopter) Wences Casares, in which Casares described Bitcoin as an experiment with a greater than 50% chance of succeeding, adding that, “If it succeeds, one Bitcoin is going to be worth a million dollars.”

Hedging his bets somewhat, Casares also claimed there was at least a 20% chance of the experiment failing.

“Years down the road”

A month later, PayPal’s chief financial officer John Rainey took a long view of the cryptocurrency, telling The Wall Street Journal that, while there was merit in the technology, “it will be years down the road before we see the kind of ubiquity and acceptance that make it a form of currency that is used every day.”

Soon afterward, in March 2018, PayPal filed a new patent, to speed up cryptocurrency transactions between merchants and consumers, indicating that it was still working to integrate Bitcoin behind the scenes.

That didn’t tally with its external stance on crypto, though. Just weeks after PayPal filed its patent, some of the platform’s users reported receiving an official-looking email, from the company, warning them to “cease any activity that results in the trading or transfer of crypto currency [sic].” When asked for an explanation, PayPal denied sending the emails.

PayPal prepares to jump into Bitcoin

PayPal’s stance on cryptocurrency appeared to sour once again when, in October 2019, it became the first of several companies to withdraw from the Libra Association, in the face of regulatory uncertainty about the Facebook-led stablecoin venture.

So what exactly was it that gave PayPal the confidence to forge ahead with the cryptocurrency integration it had been mulling over for seven years?

The first tentative indications of a change of mind arrived at the start of 2020, when PayPal posted job openings within its new Blockchain Research Group.

PayPal also hinted at its continued interest in cryptocurrency in a letter to the European Commission, published in July.

PayPal could team with Paxos to enable crypto buying and selling

The first rumors that PayPal could team up with Paxos to enable crypto buying and selling surfaced in June 2020. But an official announcement of the partnership failed to materialize, until Wednesday.

The Paxos partnership appears to have provided PayPal with some degree of reassurance in respect of Bitcoin’s volatility risk for merchants and users.

The system the duo has devised is designed to mitigate these issues, as payments will be settled using traditional currencies, and PayPal will manage the risk of price fluctuations, according to the announcement.

The true cost of killing off cash

But other factors will also have impacted on the payment giant’s decision. It’s unknown when PayPal first applied for a BitLicense, but notable that it’s the first company to be granted a conditional Bitlicense, a new kind of license that’s intended as a step on the road to a full license.

PayPal’s conditional Bitlicense requires it to work alongside a company that holds a full BitLicense (in this case, Paxos) to provide cryptocurrency trading and holding services.

Recent events have also played their part, with the coronavirus crisis accelerating a trend towards digital payments.

PayPal’s embrace of Bitcoin has sent shockwaves through the cryptocurrency space, propelling the price of Bitcoin beyond $13,000. Advocates of the move point to it as a signal for wider crypto adoption, while naysayers have pointed to restrictions in PayPal’s terms that prevent users from transferring their Bitcoin off the platform.

Regardless, PayPal’s decision to enable crypto buying and selling is a watershed moment for cryptocurrency, and the endpoint of a long process of deliberation for the payments giant.