Paramount Plus is launching on March 4th, 2021, which is when its media streaming apps will become accessible. You can use the following guide once Paramount+ becomes publicly available, letting you stream its content across all of its supported devices.

Aside from having access to an extensive library of games, Xbox users are often among the first to receive new media streaming apps. Therefore, it doesn’t come as a surprise to know that you can get Paramount Plus on your Xbox in just a few easy steps. We’re here to guide you all the way through, helping you add an extensive library of movies, TV shows, sports content, and Paramount+ originals to your Xbox. Let’s dive right in.

How to Get Paramount Plus on Xbox (10 Steps)

Installing and watching Paramount+ on your Xbox is quite easy. This entire process takes no more than a minute of your time, so here’s what you need to do.

Which Xbox Consoles Are Compatible With Paramount Plus?

As per Paramount Plus documentation, we can expect to see the app available on the Xbox Series X and Xbox Series S. That might come as a surprise, especially after knowing that its predecessor (CBS All Access) used to be available on Xbox One and 360 consoles.

Technically, Xbox One X/S and Series X/S consoles share the same core services. With that said, we hope to see Paramount+ on Xbox One consoles sooner rather than later. Of course, we’ll make sure to update this article once we get new information.

How Do I Activate Paramount Plus on an Xbox?

As a way to sign in to Paramount Plus on Xbox consoles, you can activate your Paramount+ subscription instead of using your credentials. Once you see your activation code on your TV screen, you’ll need to enter that code into a special page of CBS’s website. Once you do so, click on ‘Activate,’ and you’ll get full access to the app on your console.

At the moment, Paramount+ isn’t available for Xbox 360 consoles. Just like it usually happens, newly launched streaming apps tend to support only the latest devices first. That’s why Paramount+ is only available on Xbox Series X and Series S consoles.

In all honesty, it would be far-fetched to claim that Paramount+ will be available on Xbox 360. Even if this newly launched media streaming service turns out to be hugely powerful, its presence of Xbox 360 consoles isn’t likely to materialize.

Can You Watch Paramount+ in 4K & HDR on Xbox?

Yes, Paramount+ offers 4K HDR content across all of its supported devices. Considering that the Xbox Series X and Series S can stream 4K content from the Web, you will get to take full advantage of Paramount Plus. As you can imagine, you also need a 4K (HDR) TV for this purpose, as well as a fast-enough Web connection.

Is There a Way to Get Paramount+ for Free on Xbox?

No, there is no way to get Paramount+ for free on your Xbox. This is a standalone media streaming service, which means you need an active subscription (priced at $9.99/month) to use it. Later this year, Paramount+ will offer an ad-supported $4.99/month plan, which means you’ll have more options very soon.

We should also note that if you already pay to watch CBS (via cable or online subscriptions), you can still use Paramount Plus to live stream CBS on your Xbox. However, to access the rest of the app (including its on-demand content), you’ll need an active subscription. 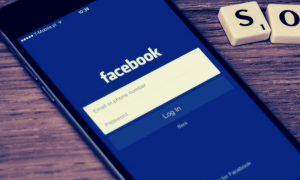