Most BTC analyzes and predictions focus on the bullish outlook by the end of 2021. However, some analysts are already directing their attention to the other side – the bear market. Historically, nothing has moved in one direction, and BTC is no exception.

Each halving cycle recorded a price peak one year after the halving, followed by the bottom of the price in the middle of the cycle. This cycle, as several well-known market participants claim, will not be different. The peak of the price will therefore be followed by an extended correction, as in 2014 and 2018.

However, for the popular Twitter analyst TechDev, this minimum value should be an order of magnitude higher than the last one. This trial it should start before the end of 2021. Of the several accompanying graphs, one nicely showed how BTC’s relative strength index in the two-week time frames neatly captured each peak. 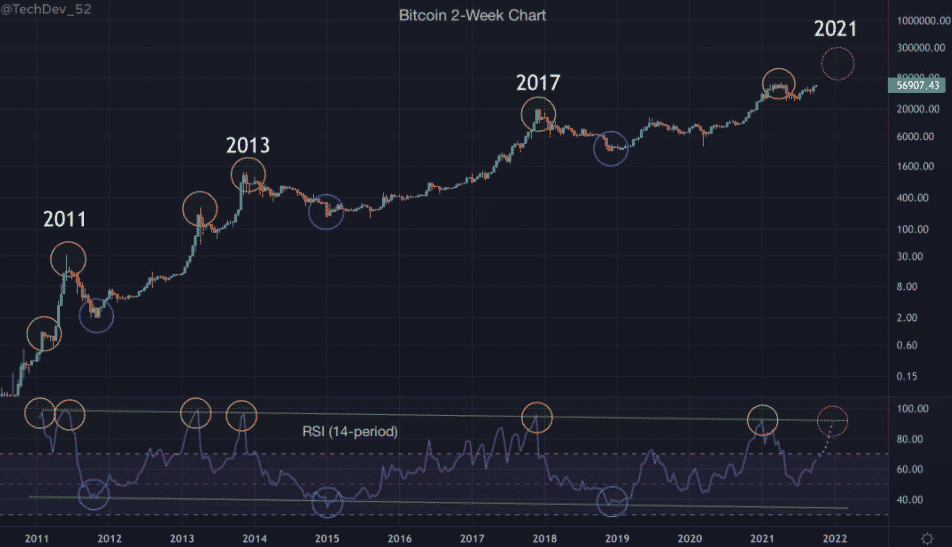 Rekt Capital also took the opportunity and reminded monitors and subscribers to collect profits in a timely manner.

Analysts predict that BTC with its corrections will no longer reach 80% declines.