A few weeks ago, the so-called meme cryptocurrencies seemed to disappear from the market for good, because although the cryptocurrency market was growing, they were quietly declining. In recent days, however, there has been a reversal and meme coins are back in the spotlight.

We probably don’t have to introduce Shiba Inu to you. This meme cryptocurrency was successful thanks to the then much better-known cryptocurrency Dogecoin. The crucial moment for SHIBA came at the moment when the Binance stock exchange announced the listing of this cryptocurrency. The price skyrocketed by hundreds of percent during the day, with other leading crypto exchange offices later announcing its addition.

The current global madness around this cryptocurrency is also reflected in the traded volumes of SHIBA. According to Coinmarketcap, these volumes have been over $ 19 billion in the last 24 hours, while ETH also has volumes of $ 19 billion. However, the ETH cryptocurrency is 35 times larger than SHIBA in terms of market capitalization. Just for comparison, cryptocurrencies from the top 10 have volumes in the last day, mostly around three billion. These high numbers only reflect tremendous interest and greed.

A sudden increase in the SHIBA cryptocurrency by hundreds of percent in a few days sets off a wave of greed again. In hundreds to thousands of percentages, various other meme cryptocurrencies also begin to grow in value, whose goal is only one thing – to rise as much as possible in value, to collect profits and a few to be forgotten.

At the beginning of the summer of this year, it was common to watch how some lucky people got fabulously rich thanks to such cryptocurrencies, while in a few days they were able to earn the famous 100 times. Well, every coin has two sides, and in order for someone to earn, there must be a pile of people who have suffered on the other side. Several testimonies of newcomers spread through the market, whose combination of greed and ignorance deprived them of considerable savings. 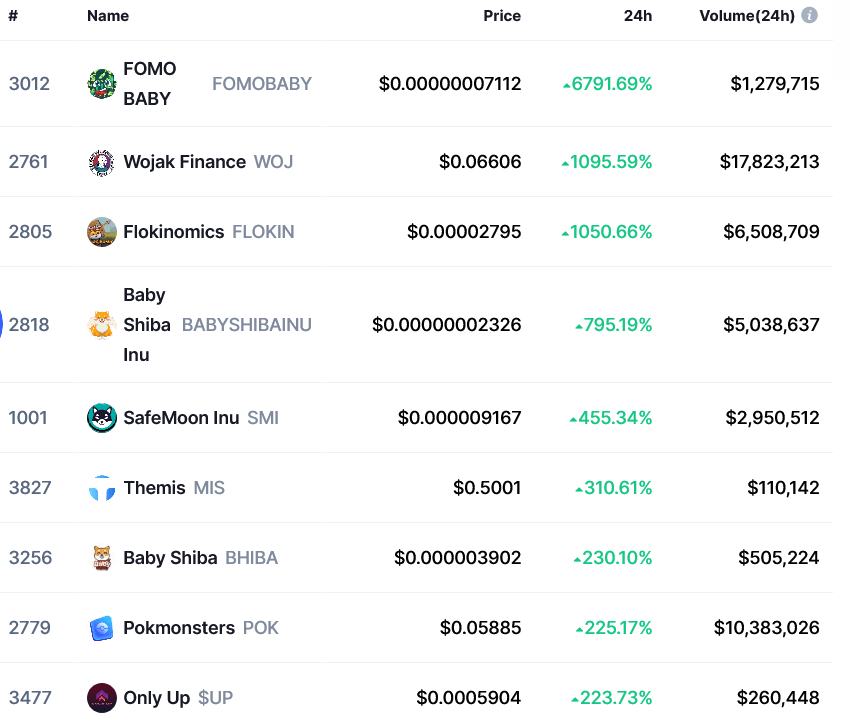 If you’re wondering why “Shiba” and “Floki” are used in these pyramid cryptocurrencies, it’s because Elon Musk bought a shiba inu puppy and named it Floki. This, in turn, was enough for speculators, who began to create various combinations of names.

Many meme cryptocurrencies have been, and still are, a scam because it is not difficult to create them. It is used by various fraudsters who create such a cryptocurrency, start sharing it everywhere, and the moment its value rises, they sell all their funds, which will cause a sudden drop in price. Panic does the rest and most meme coins have it in a few days.

Therefore, pay close attention to similar projects and schemes, which (unfortunately) are starting to appear here again. Your greatest enemy is your own greed. Although the prospect of quick earnings is tempting, the risk of losing your funds is much higher.