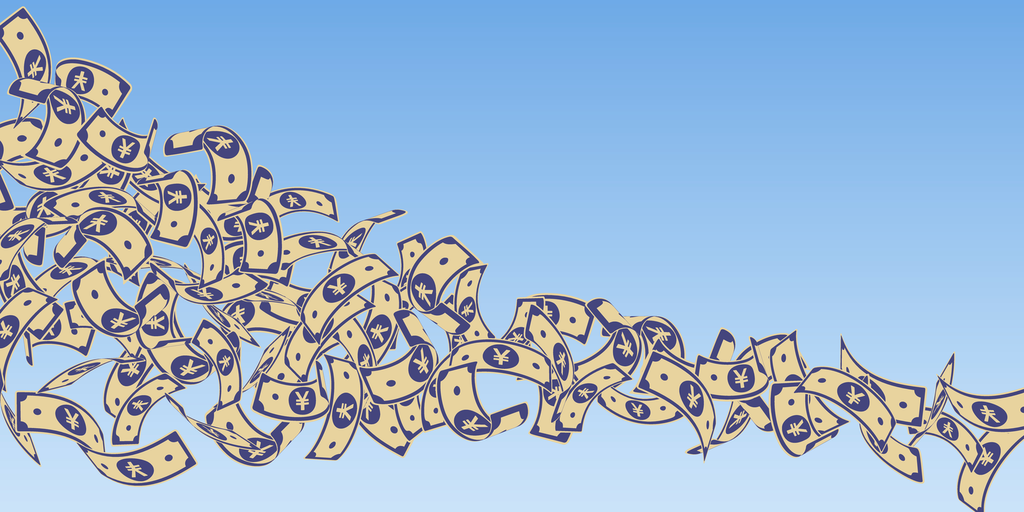 It must have felt like Chinese New Year for lucky citizens in Shenzhen, a city across the bay of Hong Kong, when they each received 200 RMB worth of DCEP out of thin air, literally. The airdrop, in the format of Red Packets, does not come from an ICO project, but from the Chinese government, as part of its Central Bank Digital Currency’s trial run.

A most generous Airdrop

According to Xinhua, a state mouthpiece, a total of 10 million RMB was distributed to 50,000 citizens who can spend the funds from October 12-24 across the city. Some 3000 merchants participated in the trial run by upgrading their payment system to accept DCEP. So far, so good: local media reported that some users deposited additional funds into their DCEP wallets after spending the 200 RMB.

Many users reported back to Xinhua that the DCEP wallet user experiences resemble those of Alipay and WechatPay, but without the friction of linking one’s bank accounts. Which, of course, is a good thing.

Perhaps more important than the airdropping of free money is Xinhua’s interpretation of the trial. Using the airdrop as an opportunity to educate the public, Xinhua, for the first time, demystified a few “misunderstandings” of DCEP.

The most important “clarification” from Xinhua was to highlight the notion that DCEP isn’t strictly a blockchain thing, a fact commonly known in the western world but rarely discussed from any state media. In fact, up to this point, most of the DCEP narrative has been centered on its use of blockchain, as blockchain itself has been identified as China’s new technology infrastructure.

It seems a little weird then, since  China is currently winning the race to be the first major economy to issue a state-backed digital currency, to lose the blockchain narrative. So why abandon it?

One explanation could be that given how volatile the cryptocurrency world is, China wants to take a conservative stance and draw a sharp line between its official state-backed currency and the magic Internet money that has a reputation for being so rife with speculation, money laundering, and fraud. This seems especially prudent given many Ponzi schemes, such as Plus Token, which continue to use DCEP as a way to attract new victims.

If blockchain is what people associate crypto with, then DCEP needs to maintain some distance.

The second “misunderstanding” that’s worth exploring is Xinhua’s emphasis that DCEP is not designed to replace existing mobile payment giants such as Alipay and WeChat Pay. Instead, it is a public good, a nice addition to the existing payment systems.

This might sound like a benevolent statement. After all, the payment giants already own citizens’ lives end to end. Why would the government want to step in and disrupt the current happy duopoly?

Unless the government isn’t truly happy. Its ambition, after all, is to gain full control over citizen’s financial lives. DCEP is step number one. If it gains momentum, its tension with the duo will grow more explicit. But for now, no one wants to solve that problem so making a “non-competing” statement is a short-term bandage.

A stimulus package in DCEP’s clothing

At its core, the DCEP airdrop is functioning a bit like a stimulus package. While the US government is still debating between its political parties whether to pass a new stimulus package, China actually delivered one—albeit on a much smaller scale—using its new digital currency. To further legitimize DCEP’s status as China’s official digital currency, China’s central bank also issued a law that bans any tokens that are pegged against RMB.

For many consumers, it doesn’t matter that much whether the money is RMB or DCEP: as long as they can use it to buy goods and services, it is good money.

Top 3 other things that happened in China last week Being invited to “a cup of tea” isn’t uncommon among China’s crypto circle. However, it was unusual when Star Xu, founder of OKEx—one of the largest centralized exchanges in the world—went missing for almost two weeks. The incident, which came to light last week, resulted in the exchange suspending withdrawals.

There’s a lot of speculation behind why Xu  disappeared. Critics wondered whether the exchange had any involvement with money-laundering, which the government is particularly keen to address.  Others ruminated about whether it was OKEx’s reported reverse stock listing by gaining controlling shares of LEAP Holdings Group, an construction engineering firm listed on the Hong Kong Stock Exchange.

Regardless, the OKEx  incident initially caused quite a panic among China’s crypto circle. Many users hold large bags on the exchange.

Yet now that more than a week has passed, the stir has not caused a large exodus of funds from centralized exchanges to their decentralized cousins. On the contrary, both Huobi and Binance, OKEs’s competitors, saw only a limited amount of funds withdrawn.

Many traders believe that OKEx  is a special case. Rather than cracking down on the entire crypto world, OKEx seems to have touched a sensitive nerve that pinched the Chinese government.  If a crackdown were an industry trend, other exchanges would have been impacted.

Second, both Huobi and Binance operate offshore. Binance fled China in 2017 and only returned last year in an attempt to take over Huobi’s market share. However, it remains largely an exchange serving global customers. Huobi, on the other hand, has a much deeper tie with the Chinese government. Cracking down on Huobi would shake China’s crypto world from its root and most believe that the Chinese government has no reason for such an uprooting, at least for now.

Apparently, the most pain anyone felt from the OKEx incident was among the small exchanges. These exchanges already struggle with liquidity. The OKEx story made clear to their users that, like OKEx, these exchanges operate on a single-keyholder structure. That’s why we’re seeing news about exchange runs from undercapitalized exchanges.

However, the China-Macau health code is a different story.

Since the Chinese mainland and Macau have different data privacy requirements, exchanging health data across the border requires the ability to exchange information while preserving user privacy. This is where blockchain comes into play. According to SCMP, FISCO BCOS and Tencent’s WeBank have developed a blockchain-based health record application that allows citizens to travel between mainland China and Macau without the 14-day mandatory quarantine.

How so? Citizens can download an application and fill in their health data. This data is stored only on the local data center but when needed, can be encrypted and communicated with the other party via a permissioned blockchain network. Only authorized users can access the blockchain.

Can the same solution work without blockchain? Probably. But blockchain is a still neat solution in this use case since it exemplifies the obvious advantages of blockchain over traditional database solutions.

Aiming to “turn all other blockchain into layer two of bitcoin,” BoringDAO is a project launched by a group of Chinese bitcoin miners. The project wants to solve the pain points of siloed BTC—that is, its lack of access to the burgeoning DeFi world—by creating a bridge via its asset, bBTC (BoringBTC).

The mechanism is simple. Users can bind their ETH address with a BTC address. After depositing BTC with BoringDAO, it automatically adds the equivalent amount of ETH to users’ ETH addresses, allowing users to participate in the DeFi game.

“With the help of BoringDAO, every blockchain can be Layer2 of BTC. Imagine it—a programmable Bitcoin with high performance!” Mike Meng, one of BoringDAO’s core members, told me.

The most interesting aspect of the project is the fact that it’s operated as a DAO rather than a company. “Many of our team has participated in the latest DeFi mania. Some of them are heavy contributors to the YFI community. It became crystal clear to us that the only way to engage the BTC holders was to decentralize our own governance,” said Meng. “Why would any one trust a centralized entity when Bitcoin itself is decentralized?”

This is the beauty of crypto. Despite all the tribalism, there are cross-references and learning opportunities from different tribes. The  DeFi hype has clearly shown BTC maximalists a way to re-engage the OG crypto to the rising DeFi sector.

“科学家,” which literally means “scientist,” refers to crypto OGs who can analyze smart contracts and build algorithms to front run and gain profits. Traders, researchers and hackers are common scientists known in China’s crypto circle. If someone claims to be a scientist, you know they are the first batch of DeFi farmers and have tasted sweet gains well before normal degens even see the project on Twitter.